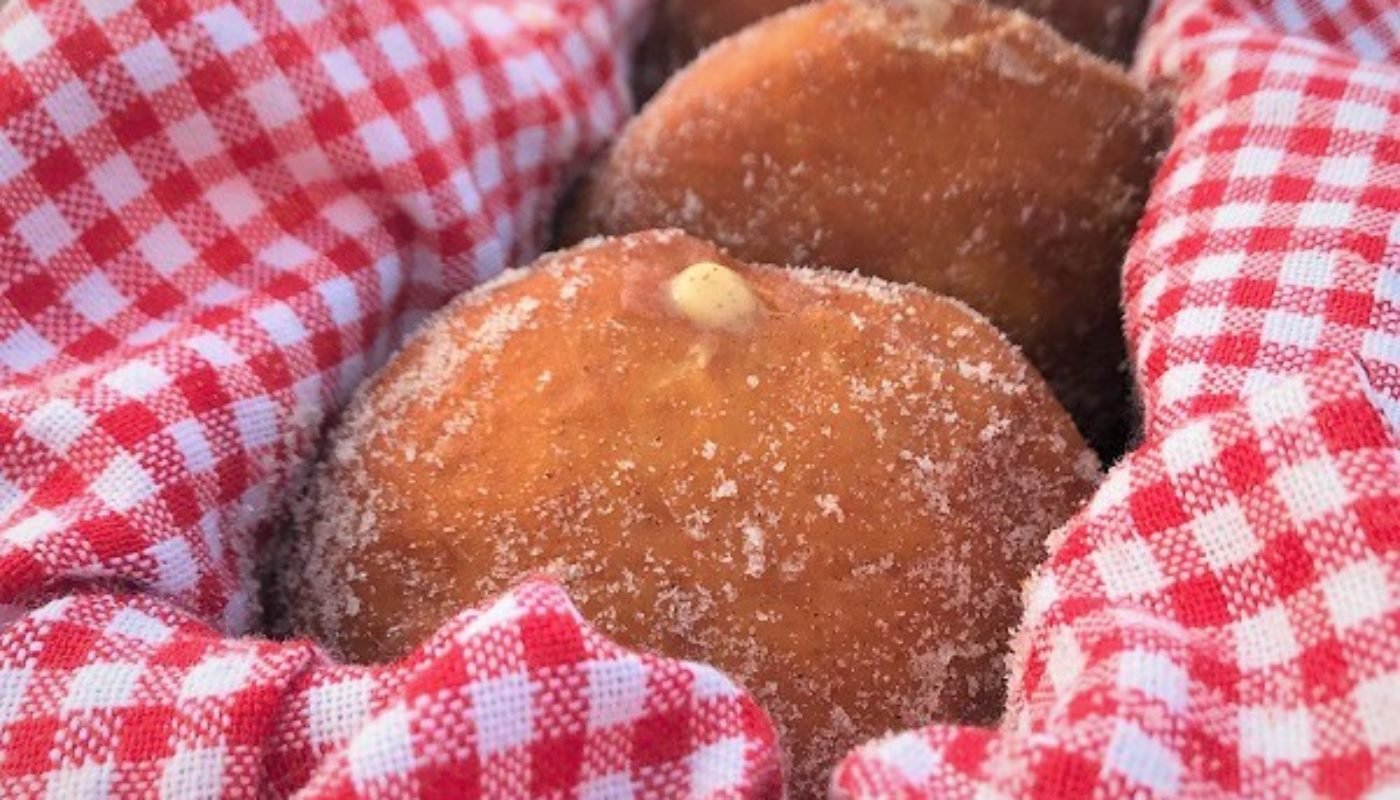 Home » Donuts with Apple and Cinnamon Custard Recipe By Imelda

Donuts with Apple and Cinnamon Custard Recipe By Imelda

These delicious Donuts with apple and cinnamon custard recipe by Imelda. Soft, sugary donuts, rolled in cinnamon sugar and filled with a gorgeous, velvety custard with just a hint of apple and cinnamon. Comfort food doesn’t come much better than this, perfect baking for a lazy weekend! Don’t be put off by the number of steps in this recipe – it might look like a lot of work but I promise it’s a simple and easy to follow recipe and the donuts at the end are worth every minute!

Donuts:
1. Place butter and milk in a small saucepan over a gentle heat until the milk is barely warm. Remove and let the butter melt.
2. Place the flour and sugar into bowl of stand mixer (or large mixing bowl if using hands to knead.
3. Add the salt to one side of the bowl and the yeast to the opposite.
4. Pour the milk/butter mixture into the bowl and using your hands stir until the dough starts to rough and come together.
5. Place the eggs into a jug and mix gently with a fork. Add to the mixture in the bowl.
6. Using the paddle attachment on the mixer (or hands) mix slowly and gradually add the water. Keep mixing until dough is formed.
7. Switch to dough hook on mixer and mix on medium speed for about 10 minutes until the dough is smooth and elastic. (If using hands, tip the dough out onto a lightly oiled work bench and continue to knead with hands until the dough is smooth and elastic).
8. Place the dough into a clean bowl, cover with clingfilm and leave in a warm place to rise for an hour or doubled in size. While waiting on the dough to rise make the fillings.

For the stewed apples:
1. Peel and slice the apples. Place into a medium sized, heavy based saucepan and cook under a medium heat until the apples are well stewed.
2. Place apples into a blender and blitz until fully blended. Pass through a sieve, cover with clingfilm (so that it’s touching the surface of the apples so that a skin doesn’t form). Leave to cool completely.

For the custard:
1. Place the vanilla bean paste and milk into a heavy-based saucepan and bring slowly to the boil – keep a constant watch as this can boil quickly.
2. Meanwhile put the egg yolks and the caster sugar in a bowl and mix together for a few secs, then add in the flour and mix again.
3. Pour the just-boiling milk over the yolk mixture, whisking constantly to prevent curdling. Return the mixture to the saucepan and cook over a medium heat, whisking constantly, for about 10 mins until the custard thickens. It is important to keep whisking quite briskly throughout to stop lumps forming.
4. Pass through a sieve and place a sheet of cling film on the surface of the custard to prevent a skin forming. Leave to cool, then chill in the fridge until set.
5. When the donuts have risen, knock them back and shape them for a second proving.

Assembly:
1. Tip the dough out onto a very lightly floured surface, and knock it back by kneading it a few times.
2. Cut out 12 squares of non-stick paper. Divide the dough into 12 equal portions (using the weighing scales for this helps to make sure your donuts are all uniform) and shape each portion into a ball. Place one donut each onto a square of paper.
3. Cover loosely with clingfilm and leave until proved. (The square of paper means you won’t need to touch your donuts to place them into the fryer and therefore they will maintain their shape throughout).
4. Before cooking the donuts, place approximately 200g caster sugar and 2 tablespoons of cinnamon on a large plate and mix.
5. Preheat a deep fat fryer or large, deep saucepan 3/4 filled with sunflower oil, to 180C/350F.
Lower each piece of paper and doughnut carefully into the fryer – removing the paper with metal tongs once it comes away from the donut.
6. Cook each side for about 3-5 minutes or until golden brown. Remove the doughnuts from the oil with a metal, slotted spoon and immediately roll in caster sugar so that the hot fat makes the sugar stick to the sides.
7. Set aside and leave to cool.
8. Take the custard from the fridge and mix it and add the cooled stewed apples a little at a time to the custard.
9. You want the tang of the apple to come through subtly, but you don’t want to add so much apple that it makes your filling too runny. You can judge this when you’re mixing the two and don’t get too hung up on the consistency!
10. Place a plain icing tip into an icing bag and fill with the apple custard.
11. When the donuts are completely cool, using a skewer or similar, pierce a small hole into the side of the doughnut, reaching to the centre.
12. Place the icing tip into the donut and fill generously. Repeat until all 12 are filled. 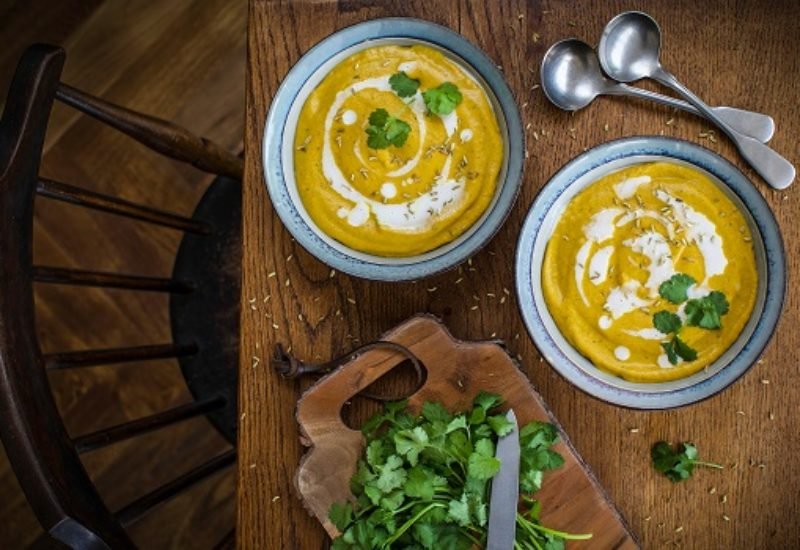 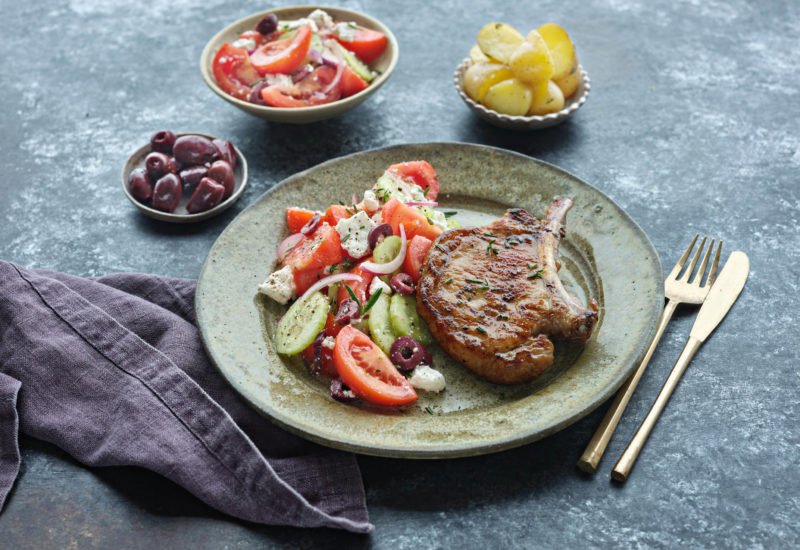 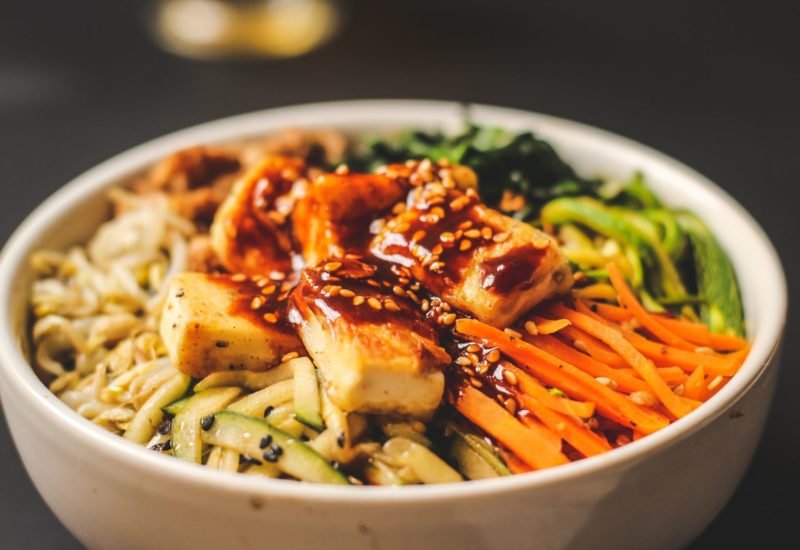 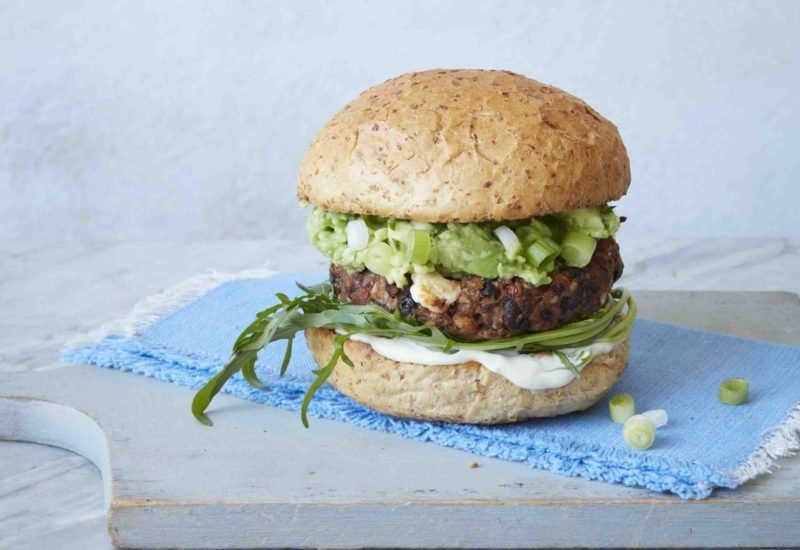