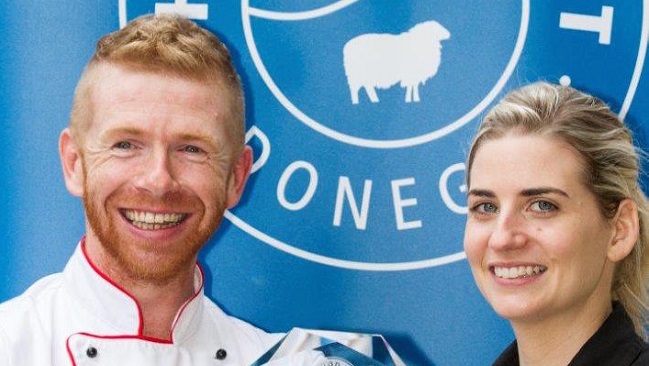 There’s many reasons to visit Donegal, an unspoilt environment, richly diverse landscape and some of Ireland’s longest established surfing spots, and now there’s another: the best chowder in the world.

The chef patron of Nancy’s Barn in Ballyliffin earned the opportunity to compete in the competition last year after he won overall Irish title at the All-Ireland Chowder cook-off in Kinsale.

In the 36th annual Great Chowder Cook-Off Kieran beat nearly 20 chefs from all over New England, a state that takes its chowder very seriously.

The competition required much more than a great chowder recipe. Competitors were expected to arrive ready to serve up to 90 gallons each in samples of their chowders.

It was then up to the public to cast votes for their favorite chowder. 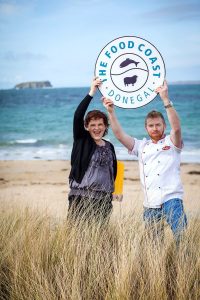 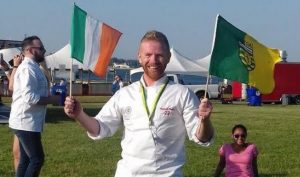 Commenting on the win Kieran said: “It is without a doubt one of the proudest moments of my life. We are ecstatic and I’m so grateful to all our fabulous family, staff, friends and customers for their terrific support. We cannot wait to see everyone back at home for the celebrations!”

Nancy’s Barn, is much-loved bistro housed in a converted stone building at the heart of Ballyliffin Village, in the Inishowen Peninsula, Donegal.

There is a long history between Kinsale and its transatlantic twin town Newport, Rhode Island, and in 2010, Kinsale began its very own chowder cook-off that had gained its sister city so much success.