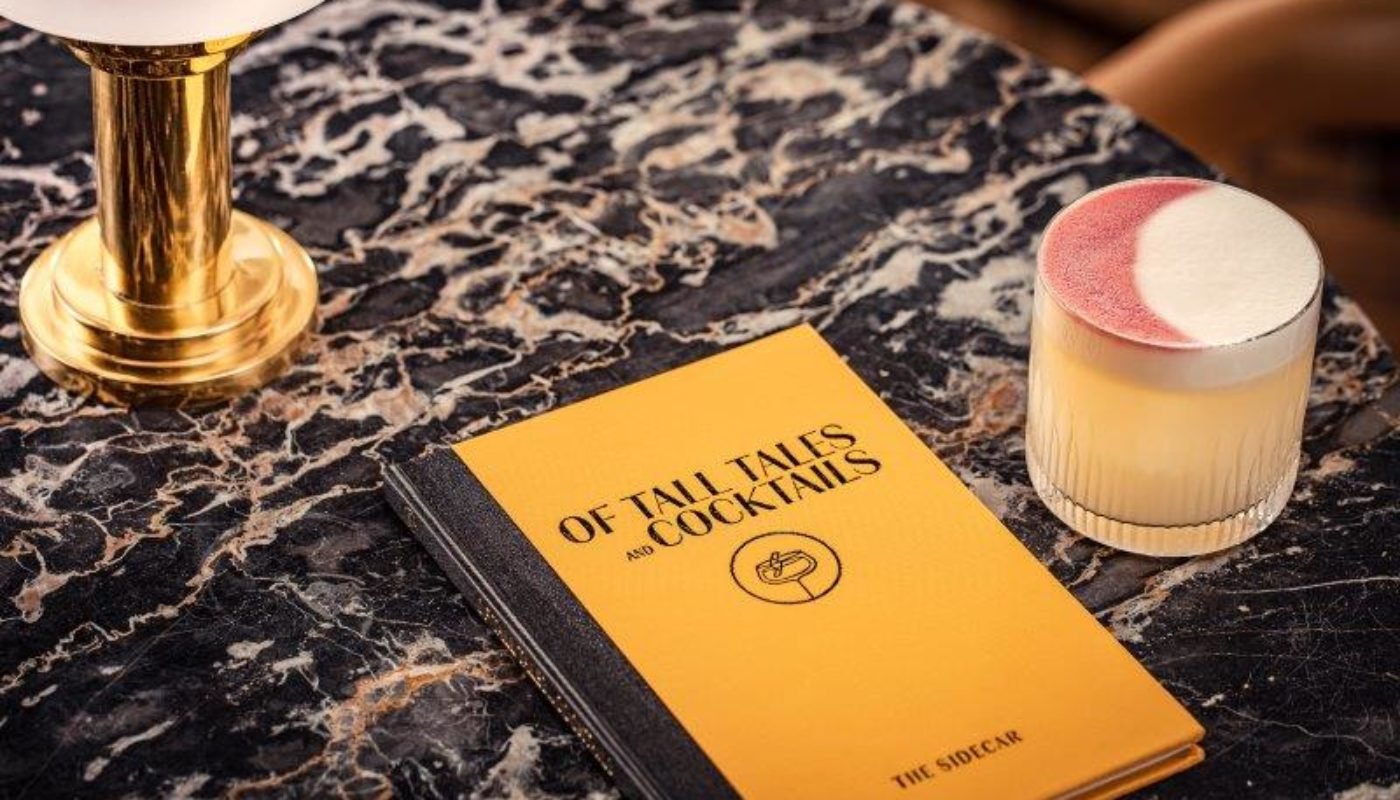 The Westbury’s glamorous 1930s-style bar, The Sidecar, unveils its new menu of original cocktails, offering guests a colourful history of the world’s most iconic cocktails from around the world, which inspired these new, delicious incarnations.

Visitors to The Sidecar bar at The Westbury have something new and enticing to peruse, as the lavish bar has just unveiled a new menu of original cocktails created by The Sidecar team. Each aperitif is inspired by an old favourite, the history of which is beautifully told and illustrated alongside a description of the concoction in a specially produced hardback menu which is also available for guests to purchase.

For instance, Martini fans (or those looking to channel their inner James Bond) can not only learn of the drink’s origins but sample the new Sidecar Martini, €18, a delicious mix of Bombay Gin or Grey Goose Vodka with The Sidecar Vermouth blend made on The Sidecar’s glamorous Martini trolley at your table, to your liking – whether that’s a Vesper (shaken with both gin and vodka), Gibson (garnished with a pickled onion), Wet (more Vermouth) or Dry (less Vermouth). Those who fancy a Pisco Punch can read of the drink’s colourful history, including a now-illegal secret ingredient, while they sample the reimagined Pretty in Prisco, €16, created using Pisco, maraschino, elderflower, peach, Peychaud Bitters, and Crémant d’Alsace Brut Rosé. And finally, paying homage to the brandy- based namesake of The Westbury’s cocktail bar – The Sidecar. Often credited to Harry’s Bar in Paris, the salubrious tipple was supposedly created to comfort the chill of an American Army Captain while remaining true to the French protocol of serving brandy after dinner. This classic inspired The Sidecar’s new Once Upon A Paris Bar, €16, made with Roe & Co Irish Whiskey, Calvados, Grand Marnier, pear nectar, honey and lemon.

Discover these truly decadent delights and many more original cocktails inspired by the classics in The Sidecar at The Westbury.

Guests wishing to take home something to remember their evening in The Sidecar can purchase the beautiful case bound hardback menu with embossed cover featuring The Sidecar’s original cocktails plus the fully illustrated history of the classic mixes that inspired them for €25 now.