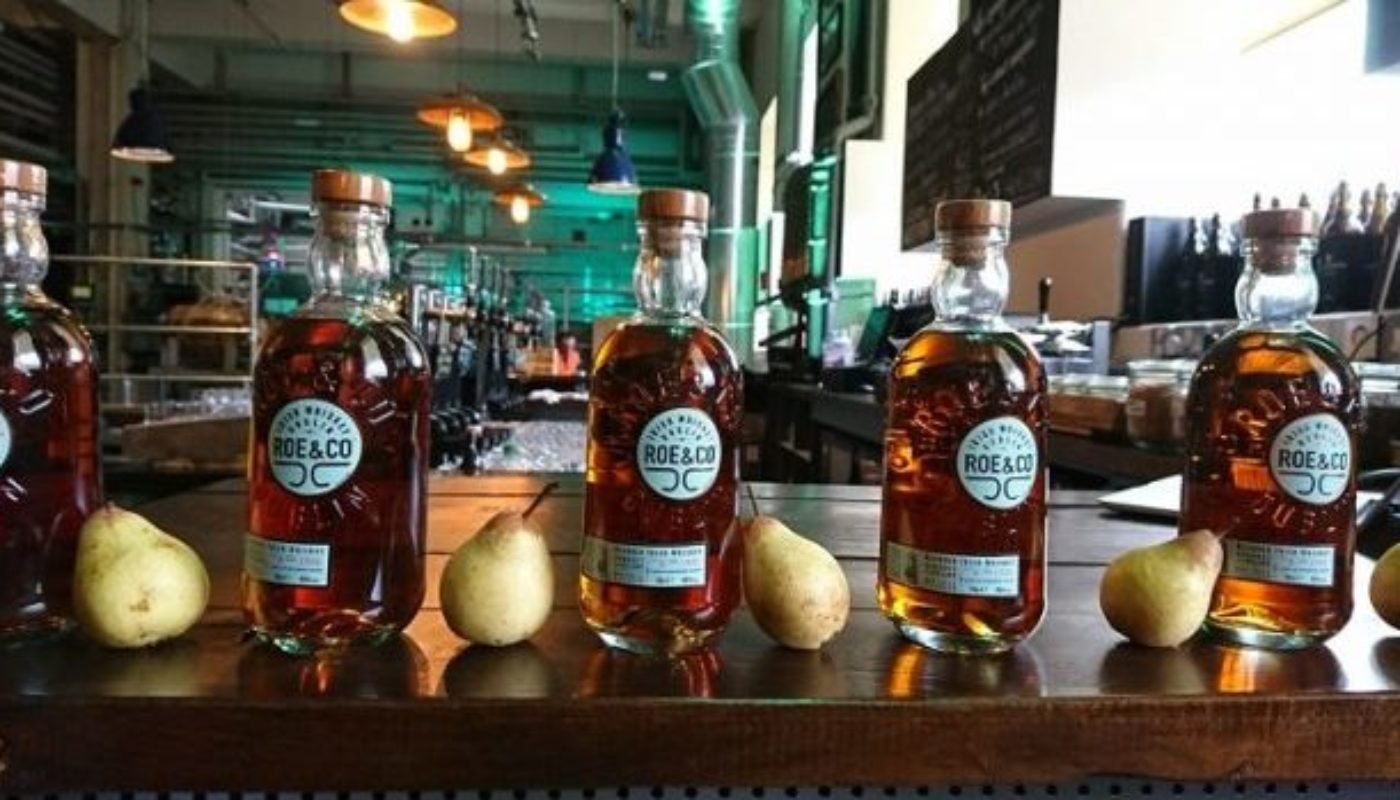 Already the world’s largest producer of spirits and a major producer of beer, the move will be Diageo’s first move into the premium whiskey category.

In line with the news, the company revealed plans for investment in a new whiskey distillery in former power station at St. James’s Gate. Over the course of the three year project Diageo will invest a total of €25 million. Irish whiskey is the fastest growing spirit in the world with global sales increasing by 300%. Diageo identified a clear opportunity in Irish whiskey to drive overall growth even further in the category via premiumisation.

The Roe & Co brand has been created to reflect modern, contemporary luxury; from the bottle design to the liquid inside. Diageo’s focus is to make Irish whiskey the whiskey of choice in a cocktail culture that is booming across Europe.

Roe & Co is made from the finest hand-selected stocks of Irish malt and grain whiskies and aged in bourbon casks. With the signature smoothness of Irish whiskey, Roe & Co adds a remarkable depth of flavour – blending the intense fruitiness of the malt and the mellow creaminess of the grain whiskies.

Roe & Co is named in honour of George Roe, the once world-famous whiskey maker who helped build the golden era of Irish whiskey in the 19th century. His distillery, George Roe & Co extended over 17 acres on Thomas Street in Dublin and was once Ireland’s largest distillery. The new St James’s Gate distillery will be situated just a stone’s throw away from where the original George Roe & Co distillery once stood. Subject to planning permission production will begin in the first half of 2019.

Using her 30 years of experience, Diageo’s Master Blender Caroline Martin and her team set about meticulously sourcing and selecting stocks of the very finest Irish whiskies. Having trialed over 100 prototype blends since December 2014, Caroline has created an extraordinary expression of Irish Whiskey. The high proportion of first-fill casks gives notes of creamy vanilla balanced with its hints of fruit and soft spice and a remarkable depth for such an elegant and refined whiskey.

Roe & Co is non-chill filtered and bottled at 45% ABV. The first blend of Roe & Co will be available in key European cities from 1st March 2017 as part of Diageo’s growing Reserve portfolio.

Speaking about the launch Minister for Agriculture, Food and the Marine, Michael Creed TD said: “Irish Whiskey is experiencing a renaissance and is truly an Irish success story. It is seeing a return to the success it experienced in its golden era in the 19th Century and is now the fastest growing spirit drink in the world with global sales increasing by over 300% and record exports of over €400 million* in the last ten years. This commitment and investment by Diageo comes at an opportune time for the sector which is experiencing unprecedented global demand. €25 million investment in this project over 3 years will support the local economy, create jobs, and bring a welcome new addition to the City’s tourism offering. The Irish Whiskey market has a great story to tell and today’s announcement marks an exciting new chapter in its development”.

Minister for Jobs, Enterprise and Innovations, Mary Mitchell O’Connor TD said, “It is great to see Diageo continue to invest in and further enhance the historical Dublin 8 area to create a fantastic attraction for tourists and locals alike. The proposed distillery will play a major role in the overall regeneration of the Liberties through the repurposing of the St James’ Gate Power House.
“Irish produced whiskey has never been as popular, garnering international acclaim and recognition. Diageo’s decision to move into the premium Irish whiskey category and its plans to invest in a new distillery will further enhance Ireland’s reputation as one of the finest premium whiskey producers in the world”.

Colin O’Brien Operations Director of Diageo said: “The planned distillery will provide employment in the coming years – both at construction and operation stages. It will complement what is already the country’s most popular tourism offering, The Guinness Storehouse. This investment further demonstrates Diageo’s commitment to the growing vibrancy of The Liberties, one of the City’s most dynamic districts and the home of Irish Whiskey during the original golden age of Irish distilling. We are excited that the planned distillery will help revive the proud tradition of distilling in the Liberties.”