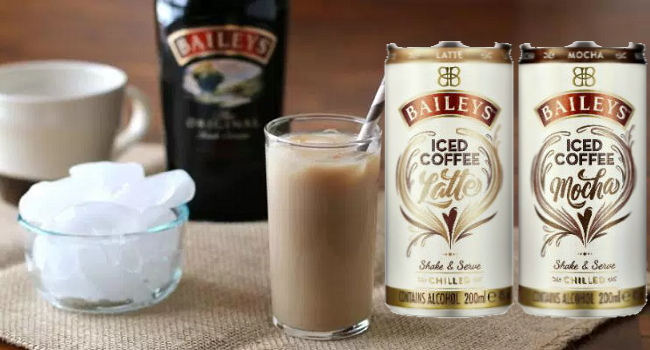 With the craze for espresso martinis and frapuccinos only getting bigger, the only surprise is why this wasn’t a thing sooner: Diageo has announced ambitions plans for Baileys, including the introduction of ready-to-drink Baileys Iced Coffee.

The innovation will come in two flavours -latte and mocha- packed in 200 ml cans and with an ABV of 4%. Figures from Nielsen indicate that sales of iced coffee in Great Britain increased by 44% over the past two years and half of these sales come from the convenience channel.

With the trend expected to continue growing it makes sense for Diageo to dedicate a “six figure” investment to Baileys Iced Coffee. This include a focus on digital and social media as well as a partnership with TV show Made in Chelsea, which they’ll sponsor from 2 seasons starting this month.

“The popularity of coffee continues to grow, with over 18 billion cups consumed in Great Britain each year. As we continue to see how successfully Baileys works alongside coffee, and in serves such as the popular Flat White Martini, we see the launch of the new Iced Coffee variants as a natural progression for the brand. The product will allow consumers to enjoy a mini moment of indulgence during casual get togethers with friends, both in and out of hoe, while offering a significant profit opportunity for retailers”, said Sam Salameh, Baileys Marketing Manager, Europe.