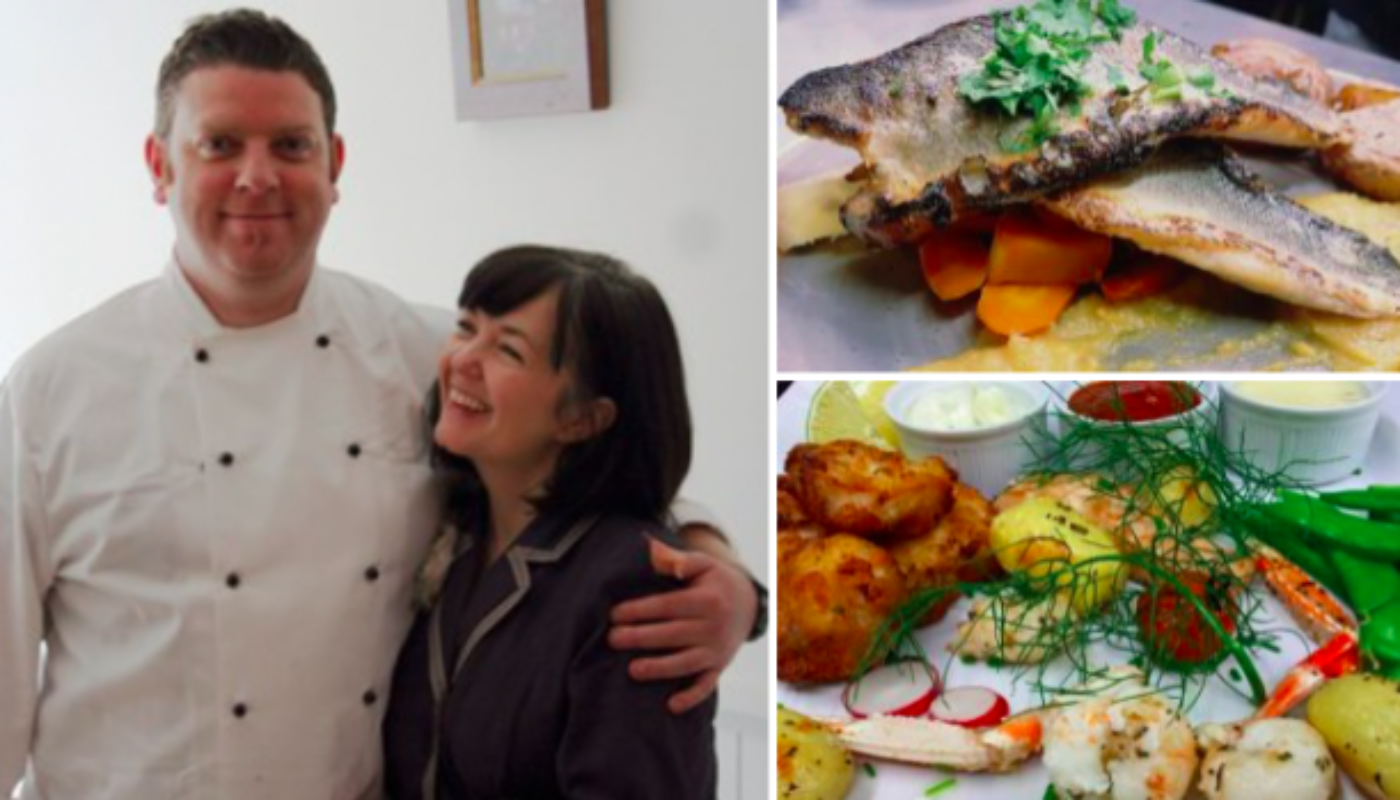 Small But Mighty – Dermott Flynn From The Pantry & Corkscrew in Westport

Offering rustic casual dining in the heart of Westport, The Pantry & Corkscrew is run by husband-and-wife team, Dermott Flynn and Janice O’Rourke. The pair opened their restaurant in 2010 and have continued to develop their food offering over the years.

A new direction for Dermott, who previously worked as a homeless services manager, he and his wife made the move west to start a new chapter. Dermott retrained as a chef at The Cooks Academy and completed his WSET’s in 2009/2010.

Fresh from his Bord Bia Just Ask Restaurant of the Month Award, I spoke to Dermott, who highlighted his use of local suppliers, something which earned him the award in the first place. Recalling his early introduction into the food industry, Dermott said: “When I was growing up, my parents were bakers and my mother used to do a lot of door-to-door selling in the neighbourhood. By the time I was a teenager, they were supplying a lot of the shops with apple pies and treacle bread. So, that gave me a bit of grounding on the food side.”

Commenting that his parents seemed to be producers in themselves, Dermott agreed, but explained that they were on “a very small scale as it was run from the house”. He adds that, despite his parents’ involvement in food, he himself never thought he would end up in the food industry. Speaking about the ethos of The Pantry & Corkscrew, Dermott explained: “We’re a small operation and we try to use as much local ingredients as possible. We build our menu around what’s available and also around what’s in season.”

Mentioning the local produce, he added: “We’re quite lucky in that we have some really great producers in the area, but we’re very careful about which suppliers we choose. Just because it’s local doesn’t necessarily always mean that it’s a good product. We use bigger suppliers like Pallas Foods to get things we can’t get locally. But I do follow a slow food ethos and we try to keep it local as much as we can.”

Inquiring as to whether producers are mentioned on menu, Dermott confirmed that they were, saying: “We’re very proud of our suppliers, so we certainly do list them on our website and on our menu.” Commenting on people’s increased curiosity with regard to food choices, Dermott said: “I think they are for sure. I suppose we’ve come full circle from a few years ago and coming back to using more of the local produce.”

The culinary scene in Ireland has changed so much over the years and even when I’m talking to tourists and they’re back in Ireland after a big gap, they notice the changes that have been taking place over the years.

Returning to producers and the importance of building a solid relationship with suppliers, Dermott mentions that he’s had quite a number of the same producers since the restaurant first opened, a testament to his loyalty and also to the sheer quality of Mayo’s producers:

“Our main suppliers would be Kelly’s in Newport, who are well known for their black pudding. We get our rib eye steak from them and the quality is fantastic and very often, Sean Kelly and I will be talking about the products and potential recipes and I’ll try the products.”

I think it’s very important to have a personal relationship with your producers.

Another one of the restaurant’s suppliers is McCormack’s Butchers in Westport, with Dermott saying: “McCorkmack’s have been here for generations and we get our beef off them.” Pressing Dermott for four suppliers he simply couldn’t live without in terms of the menu at The Pantry & Corkscrew, he highlighted the aforementioned Andarl Farm, Kelly’s and Killary Fjord Shellfish.

“It’s so hard to pick”, he said as I asked for one more and then, as if the answer should have been there all along, he praised Joe Kelly in Kiltimagh, who supplies Dermott with a lot of vegetables:

“Joe is an organic producer so absolutely everything is in season. He does a really lovely range of leaves and we get a lot of wild rocket. During the summer we had some lovely gherkins, courgettes and tomatoes. We try to get as much as we can from Joe as he’s really got a fantastic set up.” Sometimes though, Dermott is well up for helping out locals who happen to grow vegetables in their garden at home: “From time to time, I might have a local guy who might be growing carrots or mushrooms and I encourage people to drop it in when they have it. We might do a bit of a swap – the veg for a meal out for the evening. So that works well too.”

Wondering if there were any dishes where Dermott incorporated a number of his favourite suppliers in one dish, he described a popular addition, which has been on the menu since the summer:

“We have a dish on the menu at the moment where we try to showcase two of the best pork producers in the west of Ireland – Kelly’s Butchers and Andarl Farm. We blended some of Kelly’s black pudding with some caramelised onions and put it with a pork fillet from Andarl Farm. It’s a duo so you really get the best of both on the one plate. It’s gone down really well and it’s nice for people to get a flavour of some of the best products being produced in the area.” Dermott strikes me as a very humble man, especially when speaking about his restaurant: “We’re kind of a very rustic casual set up really. When we opened in Westport, everyone seemed to be heading down the fine dining route and we just wanted to bring something that was a little bit different at the time.”

Coming full circle back to the beginning of our chat, I asked Dermott about his recent win and describing his feelings at being named Bord Bia Just Ask Restaurant of the Month, he said: “We were really delighted you know, it’s great for the team and it kind of makes it easier to get up in the morning.”

The team put in such a huge amount of hard work, so when something like this comes along, it’s really great. I suppose it gives you the impetus to keep working as hard as you possibly can and it just puts wind into your sail really.

It’s clear that Dermott and the team at The Pantry & Corkscrew are showing no signs of slowing down, especially now that there’s a fresh gust of wind in their sails after winning the Bord Bia Just Ask Restaurant of the Month Award. Looking to the future, Dermott mused: “We’re just constantly developing the business and trying to reinvent ourselves while also staying true to what we do with regard to slow food.”

There’s an empty room upstairs that we’re kind of toying with the idea of doing something on a very micro level, whether that’s a 100% local fish restaurant or something else. But it’s a blank canvas at the moment and something I’m hoping to develop over the next year or so.

Dermott is also toying with the idea of a chef swap with some chef friends in Tuscany, but this is in the very early planning stages. Whatever he does, from utilising high quality local produce to expanding his business, I’m sure we’ll be hearing more from Dermott in the near future.