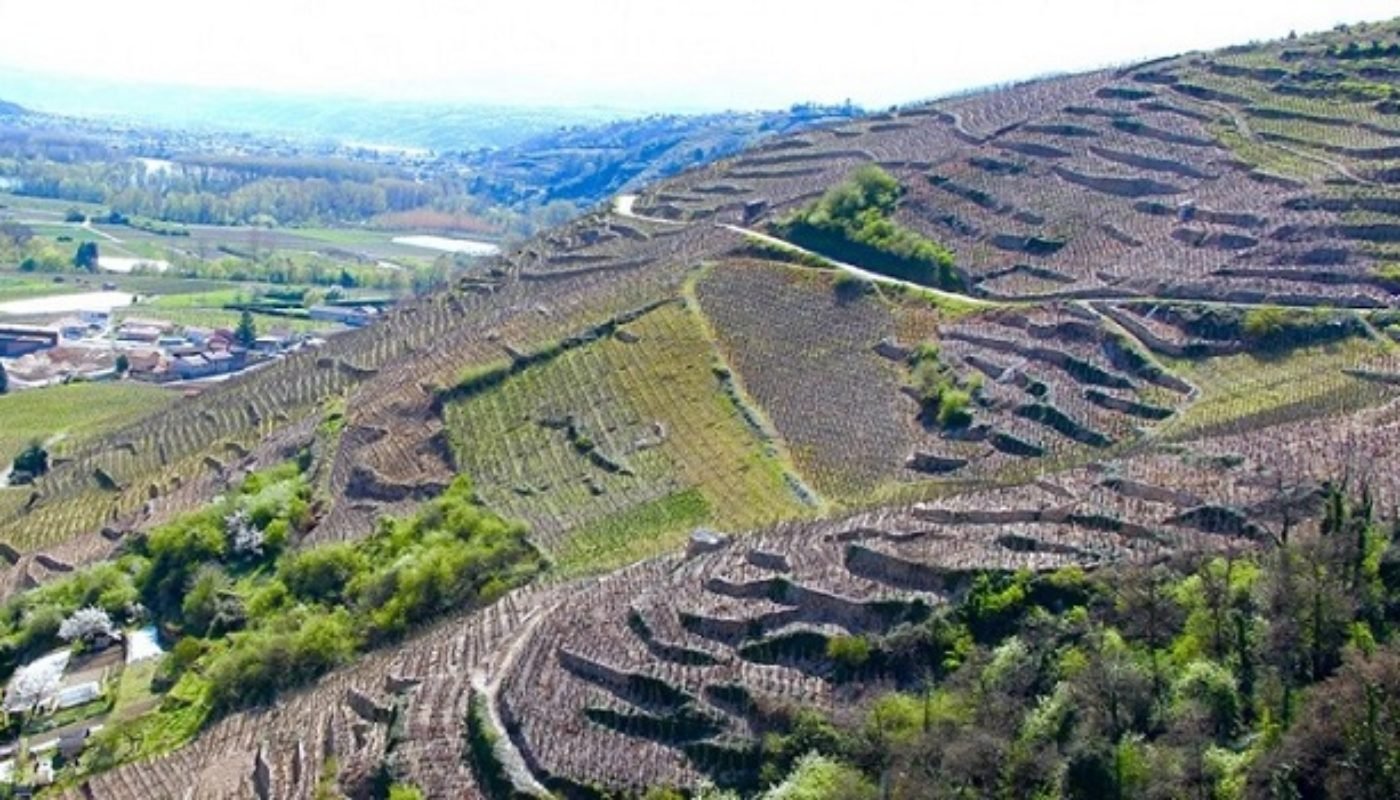 Home » Debunking the Soil Myth – Does it Really Play a Big Part in Wine?

Debunking the Soil Myth – Does it Really Play a Big Part in Wine?

In todays ‘social media’ bubble, some words are overused to a point in which the whole context of the word is forgotten, and in time, the meaning has completely changed. Take the word “cleave” for instance. Paradoxically, it has two antonymous meanings: cut with a tool or hold it together like glue.

It may be of no surprise that the word “terroir” (a French word describing in a self-contradictory way everything AND nothing in the vineyard, with an extremely difficult pronunciation) has been downloaded into every wine enthusiast’s brain in the past few years. Wine literature, labels, adverts and even in restaurants (I tend to use it regularly whilst describing a wine/vineyard for customers).

The definition of “terroir”, both in English and French has an ambiguous meaning, without truly grasping the concept of terroir. For many winemakers (known in France as ‘vignerons’), terroir is the name given to the equation in which every component plays a part in making wine. The soil, climate, exposure, grape variety and even the human interference in the geology of the place. Of all the fractions of the equation, soil is by far the one variable that we cannot comprehend, explain or even scientifically describe in a cohesive way. Us humans, the curious creatures that we are, do try to generalise and find common points between what we see (soil) and taste (wine). Geologists roll their eyes to the term “minerality”, and “flinty”. We still haven’t found a better way (and probably never will) to describe the aromas which remind us of lighting matches or licking coins.

According to science, it is not possible to establish a correlation between the taste of the wine and the soil in which the vine grows. How can we then, taste it? Richard Dawkins, celebrated British biologist, pinned the term “God of the gaps”, to describe how fanatically religious people use the breaches or “gaps” which science hasn't figured out the answer to yet to prove the existence of God. In our case, then, the soil is the “God of the gaps”, since we’re not able to touch, see or feel the other elements of the terroir – soil is the physical evidence that wine tastes the way it does.

In reality, the question is much deeper than that – soil does play an important part in the terroir, affecting the complex connections between factors, thus changing aspects such as texture, aromas, flavours and structure in the glass. However, there are marketers out there trying to sell less than decent wine using the word “terroir” and “soil” in a demeaning way, shouting at the top of their lungs that their wines have a “distinctive flinty character due to their limestone bedrock”. From a technical point of view, this is non-sensical. From a sommelier’s point of view, this is just plain wrong. Unfortunately, the wine industry is filled with people using big words and these scientific terms to indulge on the naiver consumers. The connection between the soil, the wine, importantly its price, have long been established. Bordeaux classified their ‘Top Crus’ in 1855, a grading of both quality, and price of sorts. As far back as the 19th century, there are studies commissioned to understand the impact of the soil in Bordeaux’s ‘Left Bank’ premier properties. Top Châteaus, such as Château Latour and Château Lafite- Rothschild, have been selling their premier crus for a lot of money for at least a century. These are exceptional producers located in one commune in the Gironde department, with one particularity: gravelly soils. It aids their main grape variety, Cabernet Sauvignon, to ripen fully and develop its cornerstone flavours: Blackcurrant, tobacco, cedar wood and a powerful structure. Such is the fame of this grape that nearly all the world’s top wine producers, from different countries with different terroirs, produce it. It thrives in warmer climates, and it has excellent expressions in the most prominent red wine regions of the world: Medoc, Sonoma, Bolgheri and Coonawarra, to name a few. Another well-known black grape, Merlot also has its most celebrated expression in the Bordeaux region, just across the Dordogne: ‘The Right Bank’. With St-Emilion and Pomerol as its main communes, their prices have sky-rocketed in the last couple of decades due to its ability to produce plummy, supple wines that age beautifully but can also drink several years earlier than its counterpart Cabernet Sauvignon across the river. Over there, however, the cooler continental climate needs a different soil to aid the earlier-ripening Merlot to thrive – blue clay.

In both regions, the wine is deeply affected by the soil in which the vine grows: they play the most important role in the terroir equation because it establishes the connection between the roots of the plant and the nutrients and water supply. The region itself has been farmed as early as the 17th century. Its transformation to an industrial wine hub dates back to the 1800’s. Due to the level of rainfall in the region, fungal diseases were largely spread, sometimes forcing producers to abandon an entire crop. The Bordeaux mixture was created and kept most producers on the market. Such is the demand for this sought-after wine, that farming organically could put thousands of wine- growers out of business. Small producers just can’t afford to do it, and we’re not prepared to pay higher prices for sustainable practices. Jean-Louis Chave, famous vigneron of the Northern Rhone, once said that “The relation between the wine and the soil – the only way to understand it is through the taste. Even from the technical, scientific point of view, you have no correlation. So, what we know is the soil needs to be alive. For sure, we have to be organic; organic is even not enough”. Many vignerons describe the terroir as the ‘soul’ of the wine. Some have said that a great wine tastes of a place, advocating in favour of the mystic characteristic of wine.

Speaking as a wine enthusiast and a consumer, it's of my own opinion that vignerons who have dirt under their fingernails are obsessed about their vines, care about their land and are connected to nature to a deeper level deserve the utmost respect. Unfortunately, we are not ready to spend inflated figures to incentivize the small producers. We want a luxury product, but we treat it as a commodity.

Farming organically implies a back-breaking activity, without cutting-edge tools, and in many cases aided by animals to assist berry picking at dangerous sloped hills with ankle-shattering depressions. These men and women, notably in wine regions such as the Mosel in Germany and Rhone in France, are mavericks who have been doing it as a tradition for generations and do not get enough financial support to keep their passion alive. Thankfully, there’s hope – we’re becoming more and more aware of the impact we have over the environment, and most of us want to make the world a better place, by reverting their income spent on wines that practice better sustainable agriculture.

Although we can’t yet fully understand the impact the vine-soil relation has in the final flavour of the wine, we understand that farming organically and respecting the vineyard’s ecosystem seems to have a huge impact on the quality of the wine. Soil, in this context, also play a major role – it is the visual representation of how well the land is treated. Symptoms such as a lack of nutrients, drought or waterlogging can largely affect how the soil looks, fungicides too. In the Northern Rhone, Pierre Benetiere’s vineyard looks like an oasis of life in the middle of barren land, a little like the moon. He’s the only producer around the area to farm his plot organically. Perhaps, soil’s biggest impact is on our own perception of value. Champagne’s price per hectare circles around €1.1 million, whereas in Burgundy, the average price per hectare is a staggering €150,000. Price is chiefly the biggest reference to the quality of a product, in virtually every industry. The price of a wine is tight-connected to the perception of the value of the land, thus inflating wine prices. We perceive them as of better quality than more approachable bottles – some producers can boast to sell their top wines for as high as €11,500 a bottle (2014’s Vintage of Domaine de la Romanée-Conti).

Indeed, soil is paramount for quality grape growing. Of course, though, soil is not the only difference between average wines to epiphany-inducing Burgundian Pinot Noir, but perhaps, the most notorious element of the terroir. Its footprint in the understanding of the term is key to grasp the concept of terroir. Its influence on the other elements are not fully understood – but it is the only physical connection we have with wine and its volatile components. Vinnie Ordobas is a WSET Level 3 qualified Sommelier at Wilde Restaurant, at The Westbury Hotel. A multi-lingual wine writer, coffee fanatic and spirits enthusiast, Vinnie spends most of his free time around book shelves, baking brownies and analysing football.

Loves to travel and to learn new languages and keen on challenging his palate by trying eccentric cuisines and singular wines. Aspires to be World’s Best Jenga player.