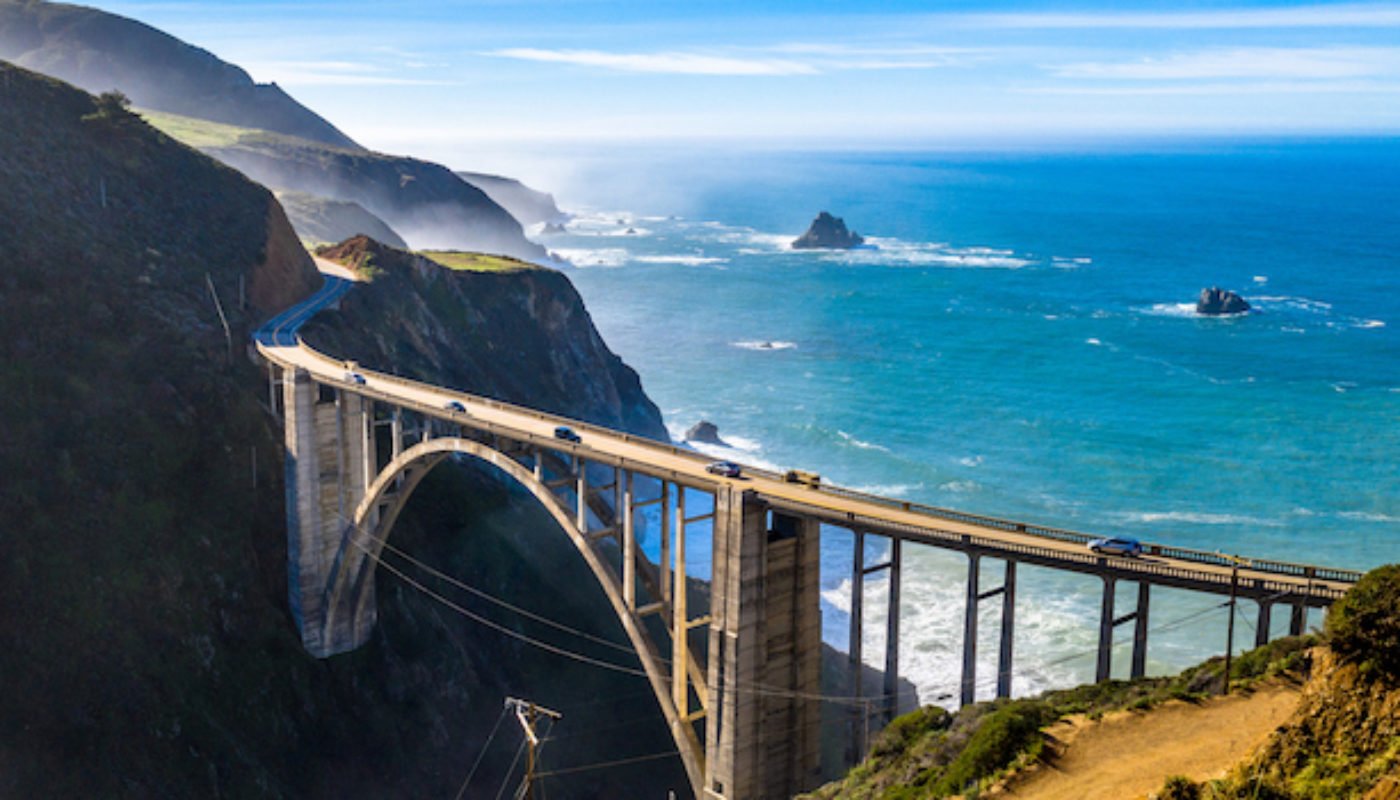 We know there are loads to do and see in San Francisco, but it would be remiss not to explore further than the city limits. All of our day trip tips can be done in one day, and some will take such a short time to get to you won’t even have to once ask “are we there yet?” From beaches to mountains, from biking to surfing, from pretty towns to Gold Rush sites – they’re all here, all yours, all timed. Located south of San Francisco, Half Moon Bay might sound like the title of a Beach Boys song, but it’s much more than an evocation of sun, sand, sea and what the Beach Boys never, ever referred to as slap-and-tickle. Several miles of the border-to-border California Coastal Trail runs through Half Moon Bay, and if you’re a serious surfer be prepared for looking at 50 feet (and over) waves in the face and gliding along with them. If surfing isn’t your thing, no problem: there is Moss Beach’s genteel Fitzgerald Marine Reserve, shopping and eating options at downtown Half Moon Bay’s Main Street, which includes buildings that date back to the late 1860s.

How far timewise by car from SF: Less than 1 hr.

Tourist tip: Stop off for a coffee on Main Street and read the Half Moon Bay Review, the town’s only newspaper, founded in 1898. Home to miles and miles of soft-sand beaches, Point Reyes hasn’t been described as a pristine wilderness for nothing. Although you will see only a hint of the 70,000-acre Point Reyes National Seashore, there is nevertheless enough to experience within a day to make a lasting impression. Outdoor activities such as hiking trails, dramatic sandstone cliffs, kayaking and horseback riding will keep you busy, but if you’re only after a stroll and a casual look-see there is always Point Reyes Station village (less than 1,000)

How far timewise by car from SF: About 1hr.15m.

Napa Valley is known worldwide for its wine produce, and with over 500 wineries located within its boundaries you could safely say there is something to suit everyone’s palette. Its viticulture economy and philosophy dates back to the early 19th century, and while the former inevitably suffered during the Prohibition Era (1920-1933) from the end of the Second World War, the area slowly developed into what is now a global visitor destination, with up to five million visitors per year. You might think it is all large-scale wineries here, but many of the smaller (boutique) producers are recognised as some of the world’s best.

How far timewise by car from SF: Less than 1hr.30m.

Tourist tip: What else, but drink slowly and responsibly! Santa Cruz has long established itself as a beach resort community area, so it is little surprise to discover that the city dances to the beats of its own very own rhythmic drums. From its all-year-round moderate climate, leafy/sandy coastline, socially liberal lifestyle, and an ocean-front amusement park (Santa Cruz Beach Boardwalk, a National Historic Landmark, no less) that opened in 1907 and has never closed, the city is awash with activities. If you’re surfer, then this place is heaven – it has over ten surf breaks that create some of the best waves in the world.

How far timewise by car from SF: Less than 2 hrs.

Tourist tip: Have the wind forcibly removed from your lungs by taking a ride on the Giant Dipper, one of the most popular wooden rollercoasters in the world. There has always been an artistic bent to Carmel-by-the-Sea (or Carmel, as it’s better known). Founded in 1902, historically the town has a blend of Native American, Mexican and Spanish, and following the 1906 San Francisco earthquake became both retreat and home to a wide range of musicians, writers, visual artists and actors (decades later, in the mid-1980s, Clint Eastwood was its mayor). It is a genuinely beautiful and authentic one-square-mile village, with no street lighting, parking meters, or street numbers. Also, any new buildings must, by law, be constructed around existing trees. We like that.

How far timewise by car from SF: About 2hrs.30m.

Tourist tip: Don’t wear high-heel shoes in Carmel – there is a municipal by-law banning them so as to prevent claims from accidents caused by imbalanced sidewalks! Located on the western slope of the Sierra Nevada mountain range, and once famed for its gold mines that acted as magnets for over 300,000 wishful thinkers during the 1849 California Gold Rush, Gold Country is one of those unforgettable destinations that manages to bring the past into the here and now. The area is ripe for uncovering by the visitor – from riding the rapids and biking through lush countryside to walking into Old West towns and engaging with a batch of new discoverers that are eager to deliver their wares to you.

How far timewise by car from SF: Less than 3 hrs.

Tourist tip: If you are planning more than a single day trip, aim to stay at one of the many appealing mountain lodges or renovated Gold Rush hotels dotted around the region. Between the town of San Simeon and the community of Carmel Highlands is Big Sur, a rugged and mountainous region of California’s Central Coast that has been described by the Washington Times as “one of the most beautiful coastlines anywhere in the world, an isolated stretch of road, mythic in reputation…” Beware the summer months here, however, as access is limited to a narrow two-lane highway that makes weekend and holiday traffic a problem. This issue aside, expect to join millions of visitors per year to experience stunning cliffside views, beaches, and a cluster of redwood forests.

How far timewise by car from SF: About 3 hrs.

Tourist tip: The road through Big Sur – the officiously-titled State Route 1 – has been named by Condé Nast Traveller as one of the world’s most famous streets, up there with Broadway, New York, and Champs-Élysées, Paris. Back in the 1930s, Monterey was – wait for it! – the sardine capital of the world. It is, therefore, no surprise to know that the city’s biggest tourist attraction is a truly world-class aquarium – the Monterey Bay National Marine Sanctuary – that is located on the edge of Cannery Row (so named after John Steinbeck’s 1945 novel). While Cannery Row might be a tad too touristy for some (too many retro-like buildings), take a stroll instead down Fisherman’s Wharf, which has been a constituent part of the city since 1845.

How far timewise by car from SF: About 3 hrs.

Tourist tip: Walk along the only whalebone sidewalk in the US at the front of the city’s Old Whaling Station.