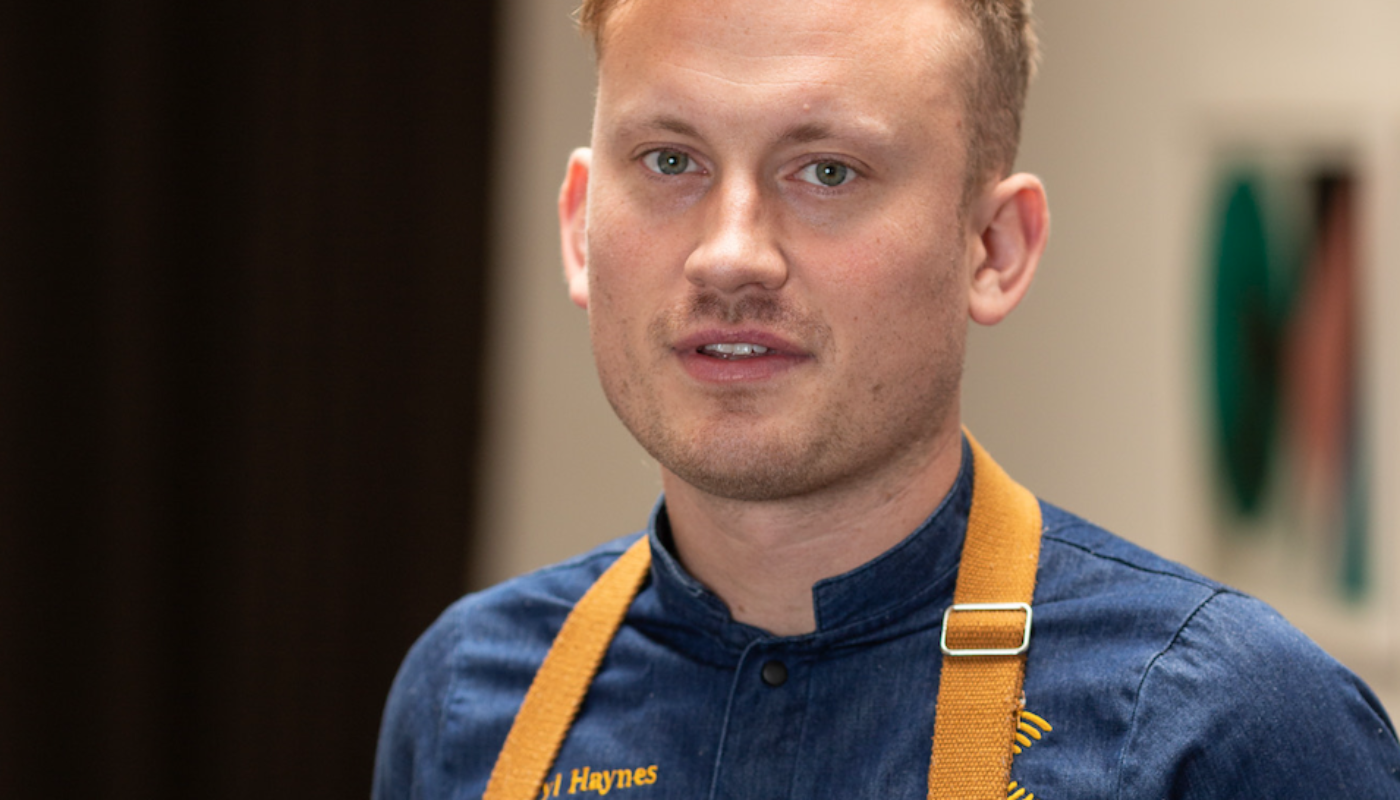 As someone from Star Wars doesn’t say about chef Darryl Haynes: ‘the force is strong in this one.’ Substitute the word ‘force’ with ‘work ethic’, however, and you could easily describe a robust facet of the man whose Dublin restaurant, Circa, recently came to the attention of the Michelin Guide. The Guide got it right (do they ever get it wrong, I wonder?) when they referred to the Terenure-based spot as ‘a modern neighbourhood bistro with a laid-back vibe; owned and run by a group of friends.’

That’s an interesting (if all-too-brief) portrayal of the Michelin Plate awarded Circa and begs the observation: how can a ‘neighbourhood bistro with a laid-back vibe… owned and operated by a group of friends’ (which sounds as if it’s a surfer dude and skateboard shop selling Sloppy Joe sandwiches as a sideline) be empowered with a work ethic that is clearly as strong as a multitude of steel rods? That started, Darryl says, when he was a mere five years of age when he experienced what is surely one of life’s hardest lessons.

“My mother passed away when I was five, and with a relatively big family growing up I had to fend for myself and pursue my own goals. From that, I know anything I put my mind to I can complete when I really try, but nothing gets handed to you on a silver spoon, and you certainly you don’t achieve something overnight. My dad always said to me, ‘you only get out what you put in, and that has always stuck in my head. I’ve worked in various places since I was 14 years of age, so I always had that ethic to work hard to achieve what you want.”

As a child, Darryl says he consistently focused on learning to cook. He always cooked for himself, he adds, trying out new things or flicking through cookbooks to see if he could complete the recipes. Learning the fundamentals was always a priority. After that, he notes, getting his first job was when he began to understand what direction he wanted to take. Aligned with this was his central approach to life: be active, be involved, be aware. Gradually, Darryl worked his way up from the bottom of the ladder. He has an enviable career path of having worked in numerous (and very good) restaurants. In retrospect, I ask, what were the most important lessons he learned from those experiences? The answer arrives without any hesitation. “Take as much information, practice, training – anything you can possibly think of – to develop yourself. I started being a chef about ten years ago. I didn’t have the luxury of going to college and studying culinary arts, but I used every day as a school day by absorbing as much information and detail as I could to help myself succeed.”

Darryl has worked in less than ten kitchens since he embarked on his career as a chef and his outlook has always been the same: whenever he starts in a new kitchen he doesn’t leave until he has learned all he possibly can. “That’s when I know it’s time for the next chapter of my career. I base this on learning each section of the kitchen, then knowing about everything that’s in the building, and consequently, reaching the highest position I can. I always felt when these were all done it was time to try something different, but don’t get me wrong, the other side of that – doing short periods in various places – works for other people, too. Most importantly, I think, it comes down to who you are and how you work.”

Who you are and how you work? These are two of the guiding principles, the basic building blocks, of what makes us tick. I ask Darryl to be as objective as he can about himself and his core qualities as a chef. “I think many skills or attributes are important to get to a certain level, not only for me personally but also to be a head chef. I’m very easy going and laid back, and I have always had the mentality of continuing to try even if I failed or to try another way. The easiest thing is to walk away or give up. I also pride myself on how I treat my team, suppliers, customers, and so on. More often than not, some people forget that without these people, we are nothing. At the end of the day, we are all humans but when it comes to the kitchen staff, well-being is what drives the team forward.”

We talk about different styles and forms of restaurants. One person’s ideal eating experience could be Patrick Gilbauds or Chapter One; for another person, it could be Terra Madre or Crudo. And for yet another, it could be something different altogether. When Darryl isn’t working, he says his perfect idea of downtime is “to be able to relax, recharge and take my brain away from food and the dissection of each element on a plate or the taste of a certain wine. Yes, I love to try new openings of places, or restaurants where my friends are opening, and I don’t mind doing the whole Chapter One experience every once in a while, but personally, I go out to relax and enjoy my time off.”

And what about when he just isn’t in the mood to traipse into town? When he’s at home (alone or otherwise), what is his solo go-to dish? Does he cook to the same exacting standards that he would at Circa, or is he more laissez-faire about things when he isn’t cooking for a restaurant full of people bubbling over with expectations? No matter what, he reveals, his domestic go-to dish is always “steak, homemade chips and pepper sauce. You can never go wrong with an aul steak! As a chef, I think you always cook to the same level whether at home or at work. The basics are always kept to the standard you have trained in, and I just don’t think it’s possible to change when you walk out of a restaurant kitchen.”

We conclude, perhaps all too inevitably, with a question on how 2022 is going to roll out. The hospitality sector in Ireland has reopened virtually to the same extent as pre-Covid times, so… what does he reckon? Darryl is (what else could he be?) cautiously positive. Over the past year, he has reinforced the kitchen team at Circa and he firmly feels that “right now we are at our strongest. With such great chefs behind me, I feel we are ready to build Circa even more.”