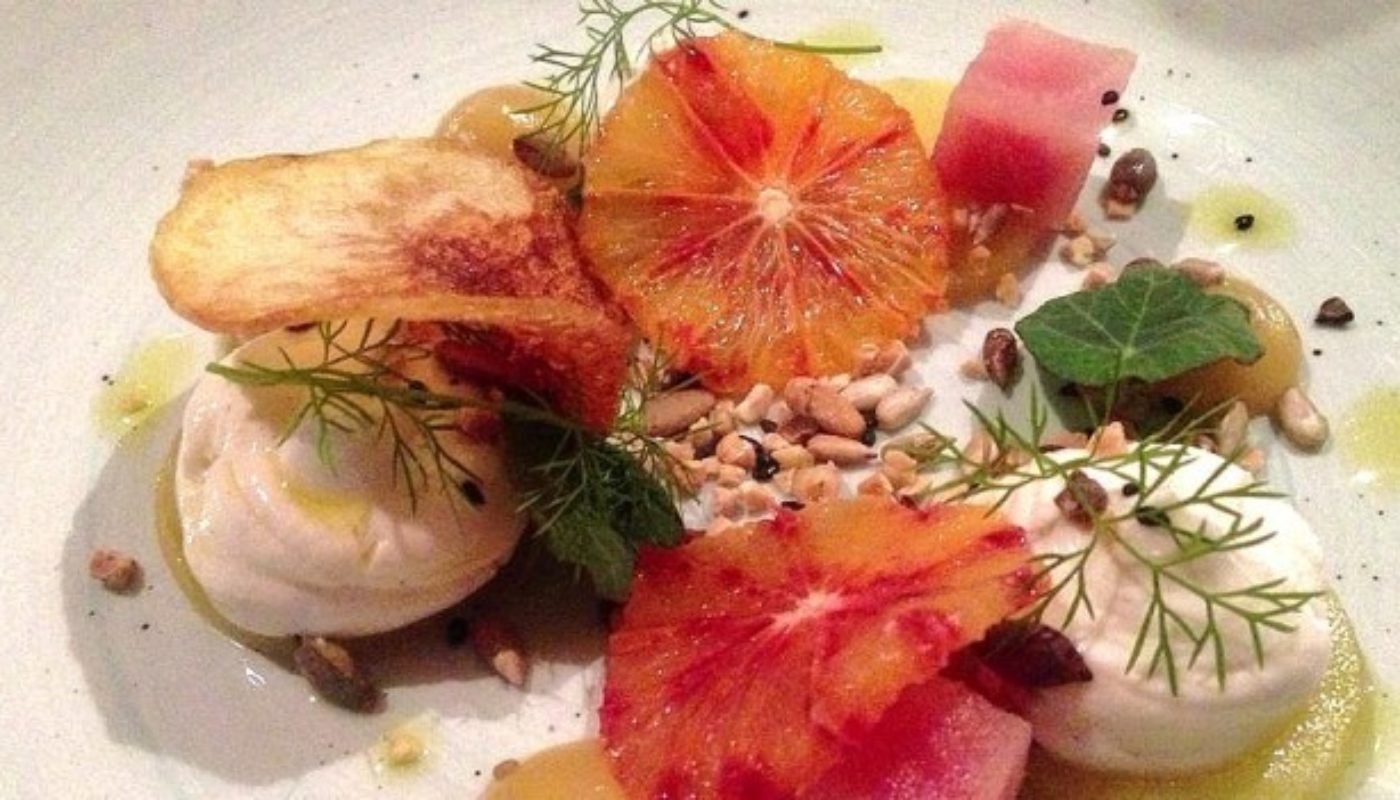 The march out from the city centre continues apace with further restaurants due to open in the coming months lured by the cheaper rents offered in the suburbs. These ‘neighbourhood’ restaurants appear to be striking a chord with diners delighted with the reasonably priced casual fine dining that is offered in many of them. Restaurant margins are notoriously tight so it makes sense for restaurateurs and chefs to seek out more affordable premises in order to sustain viable businesses.

The neighbourhood in question on this particular evening was the bustling south Dublin suburb of Harold’s Cross and our destination was Craft, a restaurant which opened a couple of months ago. Joining me was my friend and fellow food lover Darina, latest recruit to TheTaste.ie. Having heard great reports about it, Craft seemed like the perfect place for the two of us to catch up over dinner and a few glasses of wine.

Front of house staff greeted us warmly as we burst rather unceremoniously through the front door and led us down a narrow corridor which links the front part of the restaurant to a back dining room area where our table was located. As we breezed by the kitchen pass where Chef/Patron Philip Yeung was working away ably assisted by Chef Noel Healy, we both remarked on the way they worked with such focused calm so far removed from the way professional kitchens that are depicted in many television programmes.

The restaurant is small but well proportioned and makes good use of the space that is available. Decorated throughout in navy and dark earthy tones with wooden tables and chairs, the overall feeling is one of relaxed comfort which we found very appealing.

A couple of menus were offered on the night we visited; a Neighbourhood Menu which represented remarkable value for money at two courses for €20 or three courses for €25 and an à la carte Craft Menu which we went for. This concise but nicely structured menu read very well and definitely got the gastric juices flowing in anticipation of the food that was to come. Craft prides itself on sourcing as much Irish and local produce as possible and this was certainly evident on the menu we were presented with. The accompanying wine list was small but included some classic choices.

An excellent Brown Soda Bread served with salted butter sated our appetites while we waited for our first courses to arrive. Although tempted by the Flame-Grilled Mackerel, Black Sesame, Avocado and Radish, I found the allure of the Confit Chicken Wings, Golden Raisins and Truffle Cream (€10.00) hard to resist and was thrilled by the beautiful looking dish I was presented with. The first thing to hit me was the heady aroma of the truffles that had been used in the making of the cream that accompanied the crispy skinned and succulent chicken wings which mercifully, were served de-boned. Dressed with plump golden raisins, piquant capers and a generous drizzle of an addictive sticky sauce this was a joy to eat. These were chicken wings unlike any that I had ever tasted before and I suspect that I won’t meet their equal for a long time.

Darina’s Salad of Beetroots, Smoked Crème Fraîche, Blood Orange, Nuts and Seeds (€8.00) was another superb dish full of interesting individual elements that were brought together by the blood orange which imparted an acidity that was well judged against the sweetness of the beetroot and the rich and creamy goat’s cheese. Beetroot made an appearance in a number of guises; as a golden beetroot purée, compressed cubes of the Di Chioggia variety and as simple discs. A scattering of lightly toasted nuts and seeds provided texture which worked well with the gentle (we felt almost imperceptible) smokiness of the crème fraîche.

In case you weren’t aware, crisps are a popular inclusion on many menus these days and here they made an appearance on both of our first
courses. Obviously homemade, they added crunch and worked well with both dishes, but were probably better suited to my chicken wings.

My main course of Roast Cod, Broad Beans, Mussels, Chinese Leaf and Cider (€20.00) was another accomplished dish which included a generous portion of flawlessly cooked fish. The pillowy soft mussels were also perfectly cooked and tasted wonderful with the cod and the simple clean flavours of the wilted lettuce and broad beans. A creamy cider sauce finished off the dish to great effect and had me purring with pleasure.

Charred Rump Heart of Beef, Carrot, Artichoke and Leek (€23.00) was a striking looking dish which comprised a sizeable portion of beef which had been cooked on the rare side of medium as Darina had requested. Served with carrots which had been roasted to accentuate their underlying sweetness, griddled leeks and an impeccable jerusalem artichoke purée this was a dish designed to please and this it did on many levels.

We had ordered sides of Peas, Gubeen Bacon, and Little Gem Lettuce and Cima de Rapa, Caesar Dressing (€3.50 each) and we were also given a portion of the most sinful and addictively delicious Roasted Potatoes which had been made using dripping. Whilst our choices were lovely, words cannot describe how fabulous the potatoes were. I will stage a one woman protest if they are ever taken off the menu.

Both our desserts mirrored the high standard of the dishes we had already eaten. I loved my choice of Apple Cake, Buttermilk Custard and Tarragon (€7.00) which was full of interesting textures and well-balanced flavours. The moist cake had been made using almonds and was full of the taste of apples which is a harder thing to achieve than many might think. I particularly liked the use of buttermilk in the custard as it had a freshness on the palate that worked well against the richness of the cake and the accompanying granola. We both felt that tarragon was an inspired flavour pairing with the apples and elevated the dish to the next level.

The Chocolate and Blood Orange Bar and Vanilla (€7.50) was an equally outstanding dessert. Based on a classic Gateau Opera, it represented the perfect coming together of the slightly sharp but intensely citrusy blood orange and the superior dark chocolate that had been used. Cubes of blood orange jelly, a crisp cocoa nib tuile and a magnificent vanilla ice cream completed the dish.

We washed our meal down with glasses of a full-bodied Tempranillo and a bottle of sparkling water. Service was perfectly pitched and delivered in a friendly and enthusiastic manner which complemented the overall ambiance of the restaurant.

This is modern Irish food created by a confident and highly-skilled chef at the top of his game. Philip Yeung has a lightness of touch and a real sense of how to pair ingredients together in unusual ways to create food that is interesting but thoroughly delicious. I hope the residents of Harold’s Cross know how lucky they are to have Craft on their doorstep.