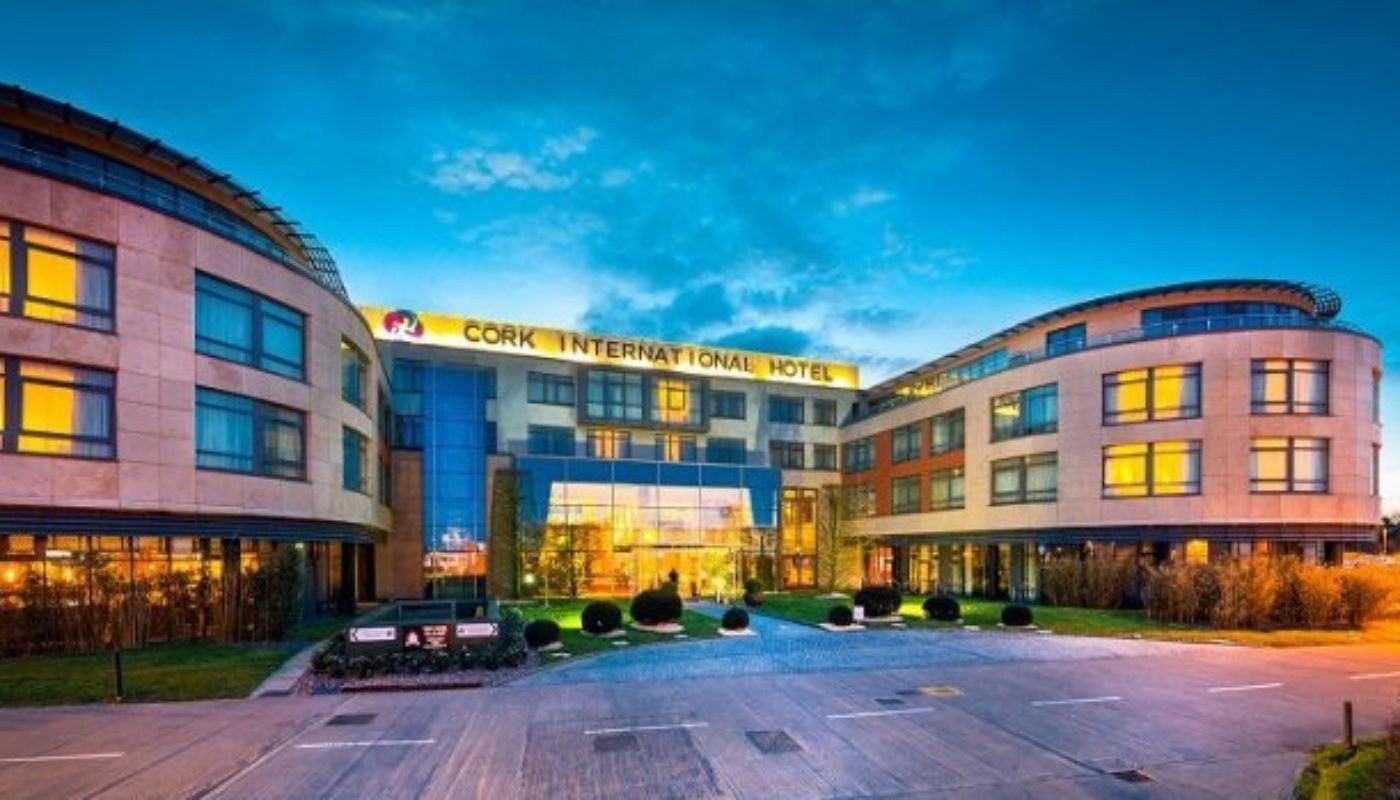 Cork is a wonderful place. I’m just going to put that out there nice and early. Some natives may proclaim it as the real capital of Ireland and I would sometimes struggle to disagree with them.

Having spent three years living in the city during my college days, the place holds a certain nostalgia for me. And as a Waterford native, Cork Airport was my port of call for travel for many years before I moved to Dublin.

So of course, when the chance to spend a weekend at the 4-star Cork International Hotel presented itself, I couldn’t refuse.

Close to both the city centre and on the doorstep of the airport (though far enough away that you don’t hear any noise from incoming and outgoing planes), the location is perfect for a weekend escape, either for rest and recuperation or as a hub to explore the city.

Visiting over Mother’s Day weekend, we were checked in by the friendliest soul I had come across in a while. But then I remembered I was in Cork, a place where you would honestly struggle to find someone hostile.

We were staying on the third floor in one of the hotel’s extremely spacious executive rooms. These rooms cater for single, twin, triple or quad, so are ideal for business travellers, couples, families or even small groups of friends.

Being a so-called millennial, I was a fan of the two smart TV’s in the room, which came fully stocked with a wide selection of music, channels, radio and a selection of local and national newspapers.

There were two bathrooms in the executive room, one by the entrance in the living area and the second in the bedroom, the larger of which had a bath and large mirror counter (ideal for make-up application before dinner). Given the weekend that was in it, we couldn’t resist indulging in some Afternoon Tea. Booked in on the Saturday, the day before Mother’s Day, we happily relaxed by the fire, sampling each of the sweet and savoury treats on the tier before us.

It was terribly relaxing and a nice quiet atmosphere. We were told by reception that the following day, Mother’s Day, was completely booked out and I was even more glad that we had opted for the quieter day.

Before returning to the room to sleep off the resulting food coma from Afternoon Tea, I strolled through the lobby of the Cork International Hotel. Bright, airy and spacious, I was a huge fan of the decor throughout the lobby. Books lined the shelves and soft, velvety couches were spread out throughout the room.

One of the biggest draws was the almost completely clear wall of windows that made up the hotel’s entrance. A brilliant light shone through during the morning and late afternoon. The whole area just filled me with a sense of relaxation.

In almost complete contrast to the decor of the lobby, the piano and vintage maps, were the brilliantly funky ground floor bathrooms and the colourful mirrored detail on the room level corridors. Finding ourselves surprisingly ravenous later that evening, we ventured down to the New Yorker Bar & Bistro, which had transformed itself from a casual bar where a rugby match had been playing (apologies for not knowing the exact one, I’m not as well informed on this subject as I should be), to a dimly lit, atmospheric spot for dinner.

When we arrived at 8.30pm, the restaurant was quite busy, with a healthy mix of old and young, couples, friends and families.

Ordering two glasses of wine to whet out appetites, we perused the menu, which highlighted their local producers including Matt O’Connell Seafood’s, Haven Seafood’s in Oysterhaven and McCarthy Meats in Bishopstown. Longing for the summer, I decided on the Irish Feta Cheese Salad to start. A vibrant dish that didn’t scrimp on the cheese, the bursts of orange and grape added a freshness to the salad, so much so that I could imagine the summer arriving just around the corner. My companion couldn’t resist the Lime and Chilli Calamari, a dish served street food style in a cardboard box. Accompanied by an avocado aioli and side salad, the dip didn’t last long as the chilli and avocado proved a match made in food heaven for my guest. Being a seafood fiend, my dining companion couldn’t resist the catch of the day when it came to ordering mains and immediately selected the Steamed Fillet of Hake, which was served with beautiful sun-dried tomato and basil potato crush and an indulgent mussel and shrimp white wine sauce.

Meanwhile, I struggled to decide on my main course, which mirrored the vibrant cultural mix of New York City. With dishes like Indian Lamb Korma, Duck Noodles with Asian Sauce and a taste of Italy with Chicken Carbonara, I could have happily ordered any of the above. But as I was in Cork, I was keen to sample some locally produced goods, opting for the Bandon Beef Featherblade, which was served with confit garlic, forest mushrooms and a rich beef jus.

Cooked to perfection, the beef effortlessly fell onto my fork and each bite was so deliciously smooth and feather-like. Portions were ample on both dishes, simple but well cooked plates crafted with quality produce. Despite both of us feeling rather full, we couldn’t not sample something from the dessert menu, which consisted of classics like Apple Crumble and Chocolate Brownies.

Seeking out something particularly sweet, the Panna Cotta was calling out for me. This luscious glass of smooth creaminess was exactly what I had been craving, the white chocolate melted in my mouth as the raspberries added a jolt of juicy freshness.

Breakfast in the Cork International Hotel is served in the Atlantic Restaurant, with both a continental and buffet breakfast on offer. They also have a chef on stand-by for any orders for poached eggs, omelettes, waffles or pancakes.

The hotel’s family friendly nature was most evident at breakfast, with well-mannered children ordering helpings of waffles as I debated between an omelette and poached eggs.

Good to note is how well the hotel caters for those with gluten and dairy intolerances as there were a number of gluten free options and dairy free milk alternatives in the buffet area.

Happily fed over the weekend, we reluctantly checked out and left the Cork International Hotel. Leaving Cork, we chose to drive in towards the city and as I passed many old familiar places, from University College Cork, the English Market and the gym I never once used, I made a mental note to return to Cork again very soon. 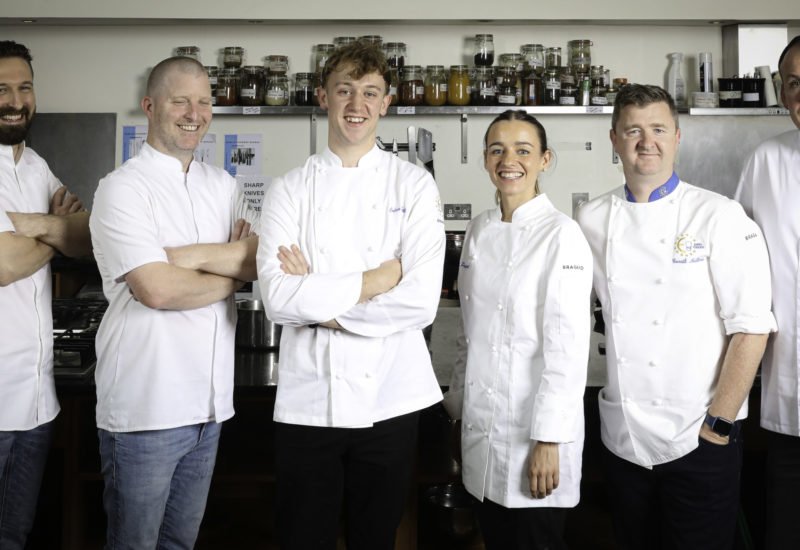