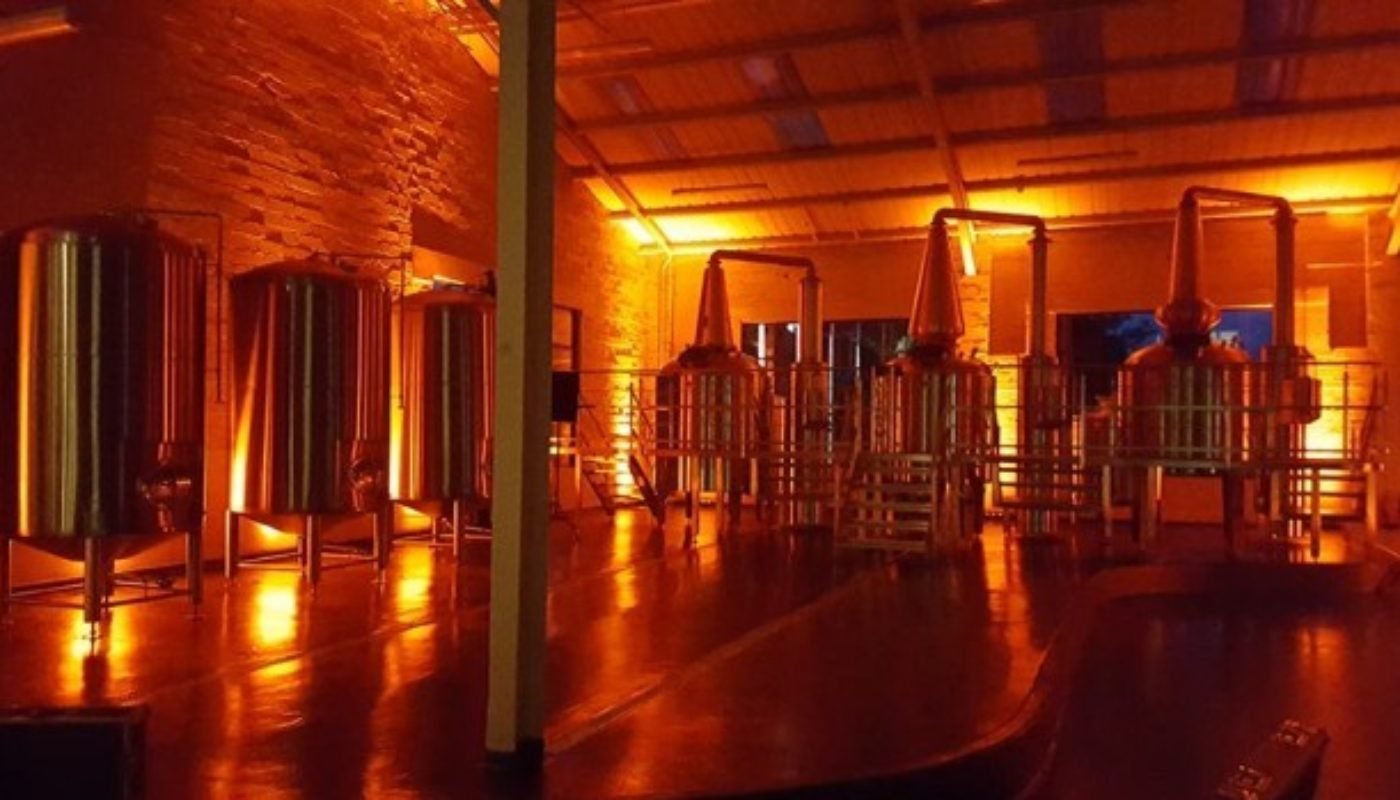 A dream to bring pure pot still Irish whiskey back to the West of Ireland after an absence of over 100 years took its first official step on Friday (9th October 2015) when The Connacht Whiskey Distillery in Ballina, Co. Mayo was opened by An Taoiseach, Enda Kenny, T.D.  The €10m investment will generate 40 new jobs at the 27,000 square feet distillery which also features a visitor centre.  The Distillery goes into production later this month and expects to produce up to 70,000 cases per year.  It is only the second Connacht-based craft whiskey distillery, and one of a handful of developed craft distilleries across the country.

Speaking at the opening, the Taoiseach said, “I am delighted that the craft of whiskey-making is returning to the West of Ireland and in so doing is creating 40 new jobs. It is especially pleasing to see the renewal of what was Duffys’ Bakery – we’re moving from one grain to another, so to speak – and bringing new life to this scenic location on the banks of the River Moy. This exciting venture brings to fruition the vision of David Stapleton and his US-Irish team and marks a positive development for the agri-food and drinks sector. It is also a vote of confidence in Mayo and yet another sign of the regional recovery that has begun to take hold across Ireland.”

Connacht Whiskey director and past President and CEO of Remy Cointreau USA, Tom Jensen says, “Irish whiskey is the fastest-growing whiskey in the US, but is outsold by scotch 4 to 1. Our goal is to introduce US consumers to the beauty of a hand crafted, pot distilled Irish whiskey from Western Ireland.”

Different to distilleries in the news recently

Rob Cassell, Master Distiller, Connacht Whiskey designed the stills at the Distillery which are the only ones of their kind in Ireland.  We are a company focused on bringing consumers small batch Irish whiskey that is smooth, full of character and has a distinctive flavor.”

Michael Cantwell, Head of Food Division, Enterprise Ireland, commented, “The Connacht Whiskey Distillery has cultivated the roots of tradition with ambitious and highly innovative thinking to grow a company with the potential to scale rapidly in international markets from its Ballina base.  Enterprise Ireland has worked closely with the company in implementing their plans and we look forward to focusing on driving their export sales, creating and sustaining jobs in Ireland for the future.”

Created on a golf course

Explaining how The Connacht Whiskey Company came about, David Stapleton, Managing Director, says, “Just over two years ago, PJ and I created The Connacht Whiskey Company on the fairways of Connemara Championship Golf Links!  We knew we needed added expertise to realise our dream so we were delighted to get Robert, Tom, and John on board – as well as the crucial moral and financial support of family and friends.”

First whiskey ready for next election!

“Unfortunately patience is needed before we see our first bottle,” David continues, “In fact, we expect the first bottle to be ready just before the next-but-one general election – five years from now!  But in the meantime, we will produce craft gin and vodka.  We look forward to welcoming visitors to our visitor centre and to working with a broad range of local suppliers and service partners.”

Fastest growing spirit in the US

“Irish whiskey is the fastest growing spirit in the US market in the past two years and demand is outpacing availability,” says P.J. Stapleton. “People are becoming more engaged with Irish whiskey and are keen to try something different – and we are very confident that our pot-distilled whiskey will appeal to their palate.  We will also be producing Conncullin Gin and expect to have that available nationally and internationally in 2016.  Globally there has been a marked uptake for this spirit and gin consumers enjoy searching for ever more nuanced combinations of berries and botanicals.”

Tom Jensen adds, “Our team has a deep understanding of export markets in general and the US in particular. We have relationships with the US distributors and retailers that will ensure our product will reach export consumers.”

The people behind Connacht Whiskey:

The five Connacht Whiskey directors include: David Stapleton who has extensive experience in manufacturing and has worked in the US, Europe, Asia and Ireland; P.J. Stapleton, who, for fifteen years, was on the board and Chairman of the Pennsylvania Liquor Control Board; Robert Cassell, the master distiller and an award- winning pioneer in U.S. craft distilling; Tom Jensen, a thirty-year veteran of the U.S. drinks industry and past President and CEO of Remy Cointreau USA; John Romanelli, whose background is corporate finance, founded Seahawk Advisory in 2007, after a 25 year career with major investment banks, primarily with Credit Suisse First Boston in New York and London.

Besides the Directors, the investors in Connacht Whiskey are a group of Ireland and US-based friends and family with no corporate or private equity money involved.