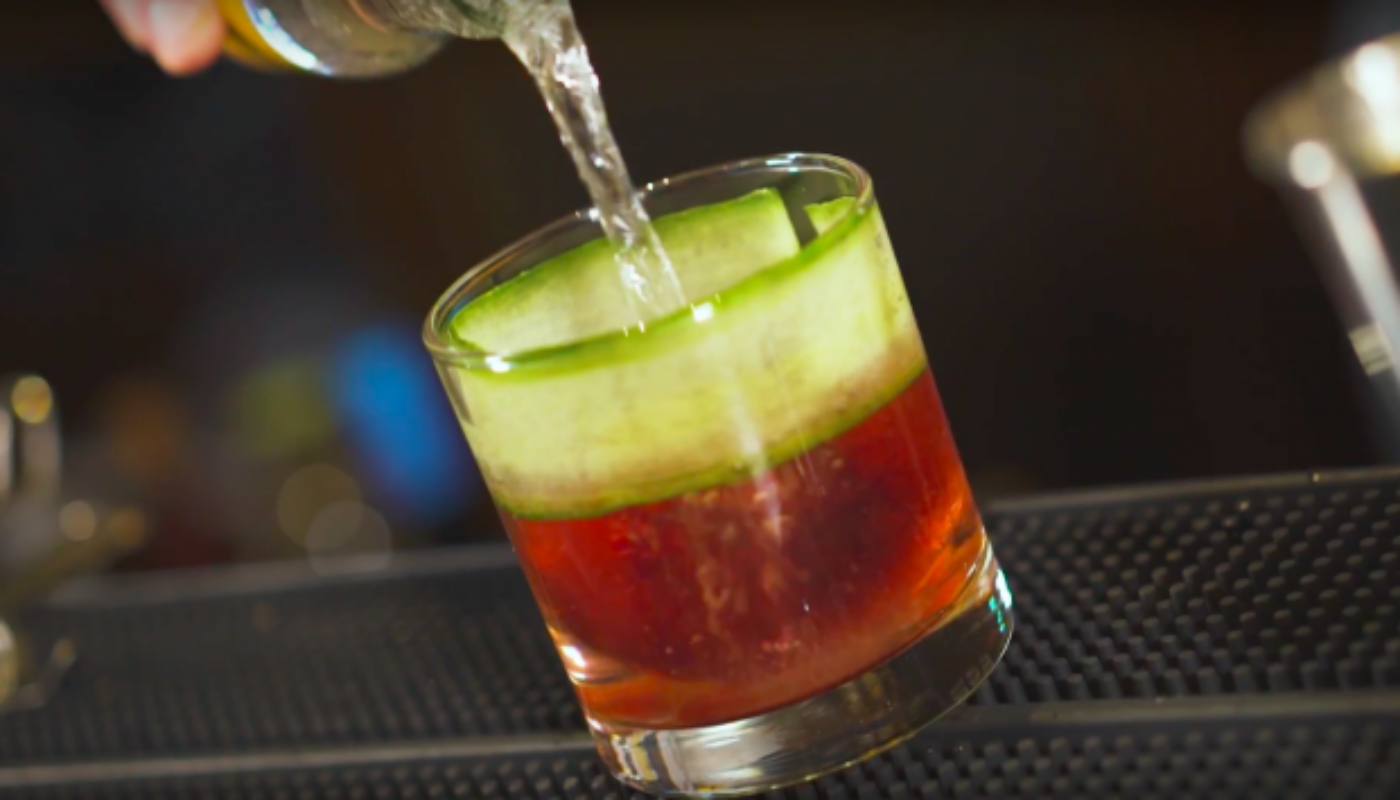 The Shelbourne Hotel Dublin has launched a Quintessentially Irish Signature Cocktail Menu, and has also given us a sneak peek into the talent behind these creative recipes.

Created by Bar Manager Sean McGoldrick and his team of mixologists, the cocktail menu uses predominantly Irish ingredients and liqueurs, including some homemade additions. The goal was to create a unique range of cocktails that showcase Irish produce and talent within the industry.

In the video above, No. 27 bartender Luke Boland shows his creative skills while crafting his cocktail, Red Moon Rising.

Luke began working in The Shelbourne in October 2015 as part of the back of house team, but his potential for more was soon recognised.

Commencing in the role of Trainee Mixologist in 2016, with a combination of floor work and experiencing all aspects of the bar’s operations, Luke has recently taken up the mantle as a full time Mixologist in No.27 Bar & Lounge. He now works closely with Sean, creating new recipes for their Signature Cocktail Lists and constantly evolving his skills and trade.

As a result, Luke has developed a strong passion for his role, leading him to become a finalist out of 12 for the Diageo World Class in 2018.