Prosecco by the Pool – Outdoor Seawater Baths to Open in Clontarf 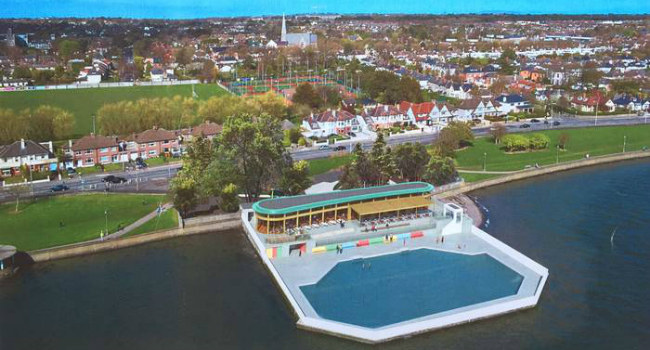 Summer may be halfway over but that’s no reason to stop swimming outdoors because the newly refurbished Clontarf Seawater Baths are due to open this September following a €2 million investment.

With a seven-day drinks license in the planned pavilion café bar and restaurant, so Prosecco by the pool is a definite possibility!

The refurbished baths are due to open in mid-September at the latest according to a report from the Irish Independent at the Circuit Licensing Court.

The plan is for the baths to serve all areas of Dublin and even parts of Wicklow, thanks to a nearby DART station. The original baths have existed on the site in Clontarf since the 1890s so this is a great investment.

David Cullen, co-director of the company that has owned the baths for more than 25 years, said that the large pool  contained a sluice that would allow filtered and clean Irish Sea water to enter and pump it out again in a refreshment process every few weeks.

This is very exciting news and we can’t wait to enjoy the new baths when they’re completed – let’s hope the weather stays fine!