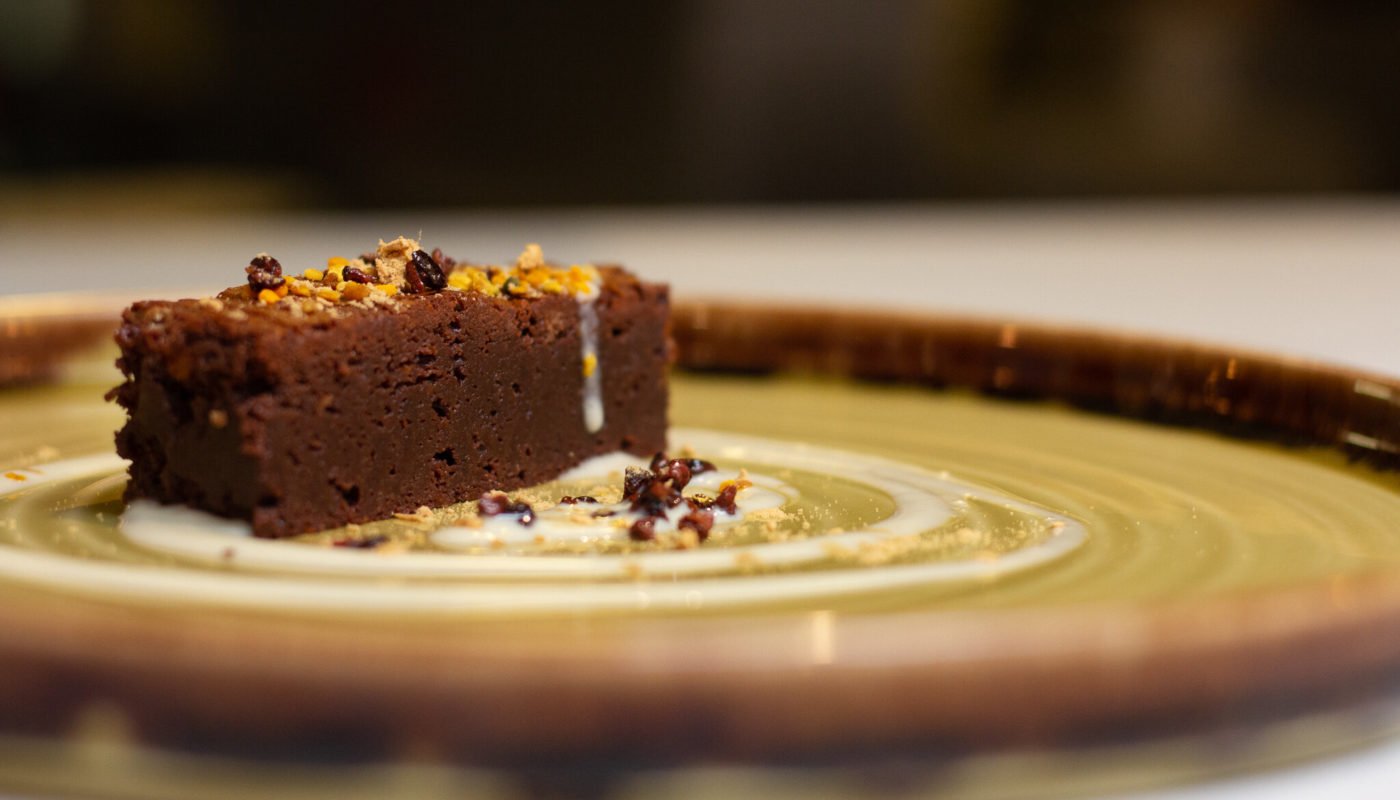 Home » A Dine at Home Delight from Circa Restaurant

A Dine at Home Delight from Circa Restaurant

Circa restaurant – which is situated in the south Dublin suburb of Terenure – opened its doors in March 2019.   An instant hit with locals, within months of opening Circa was also on the radar of The Michelin Guide and awarded a Bib Gourmand.  When dining in Circa a number of times since its inception we were treated to high quality Irish cuisine with a contemporary twist in a warm and welcoming space.

As the dine-in part of the restaurant is currently closed due to Level-5 restrictions, we were delighted to learn that Circa were offering an @Home “Click and Collect” service.

It is possible to order both brunch and dinner from Circa.  Brunch consists of some interesting off-piste options (if you are used to waffles and pancakes) like Korean fried chicken and falafel burgers, but also has some items that might work well for dinner, like slow cooked lamb shoulder with all the trimmings.

For dinner you can choose between the a la carte menu and the set menu for 2.  We ordered the set menu which includes 3 courses per person and a bottle of house wine, which at €80 is pretty good value.

We called the restaurant directly on the Oct bank holiday Sunday evening and placed our order.  We were advised that the waiting time was quite short so agreed to collect within the hour.  The collection was seamless and the food which came in 7 clearly labelled little boxes was ready when we arrived.

Replicating the restaurant experience at home

In order to achieve the full restaurant experience at home, it’s worth the effort of rolling out the good delph and not simply eating the food out of the boxes provided, tempting as that may seem.  In some cases when a starter portion is dainty for instance, it almost seems futile to replate it.

On the other hand the burrata with smoke, tomato and balsamic looked like the chef had carefully presented it to us him/herself.  The mild acidity of the tomato and the complex sweetness of the balsamic cut through the milky, almost buttery like Burrata beautifully.

For mains I chose the rose veal with girolles, cavelo nero, rosti and fennel. The meat had been cooked rare so a quick flash on the pan brought it to the optimal for me medium rare, a very tender cut with a lovely depth of flavour added by the addition of the girolles and rosti that had taken on a nice caramelisation.

My partner in crime chose a meaty portion of Monkfish with mussels and broad-beans. A gentle reheat was all that was required to bring this restaurant style dish to our dining table.  The Monkfish was clearly cooked to precision, retaining maximum flavour thanks to what appeared to be really good searing. Our mains were accompanied by some really good roast potatoes and tender stem broccoli which made this portion of the meal really substantial.

Two dipping sauces were provided, we enjoyed the brown, mushroomy one with the veal and the green one for the monkfish.  Both main dishes were excellent and I found myself trotting out an old adage that if you were served this in a restaurant you would be very happy.

On to the dessert. Cereal Panna Cotta with white chocolate. This little delight didn’t take too well to the car journey and proved difficult to extricate from the box and to be honest we dug straight in and forgot to take a photo so we acquired a photo from the guys in Circa.

Something of a clever play on a childhood food memory of cereal and milk with that comforting sweetness albeit in a much more grown up, delicious and gorgeous guise.

Having had good experiences recently with cheese in @home boxes we opted for the Circa cheese plate and it didn’t disappoint, accompanied by good quality crackers of origin unknown.

Circa is another great example of a popular Dublin restaurant who have managed to pivot their business in difficult times to offer a dining at home experience that is almost as good as eating in the restaurant.

CLICK HERE to purchase the current offer from Circa on TheTaste.ie 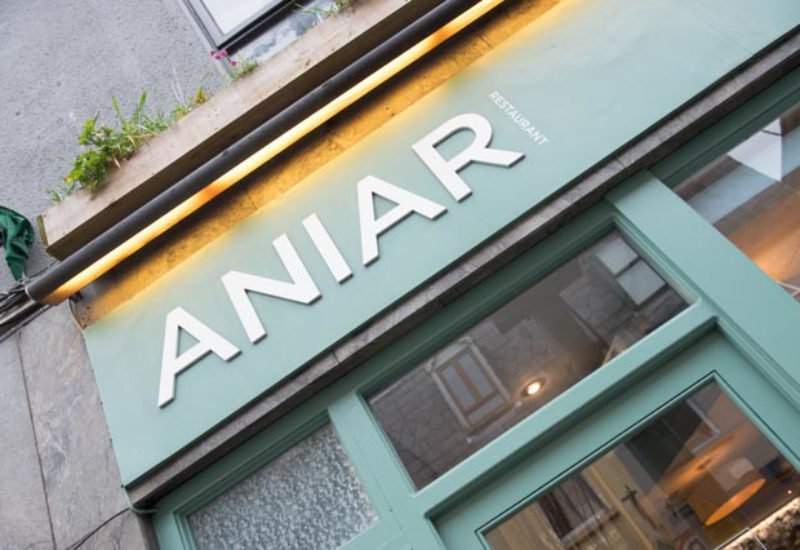 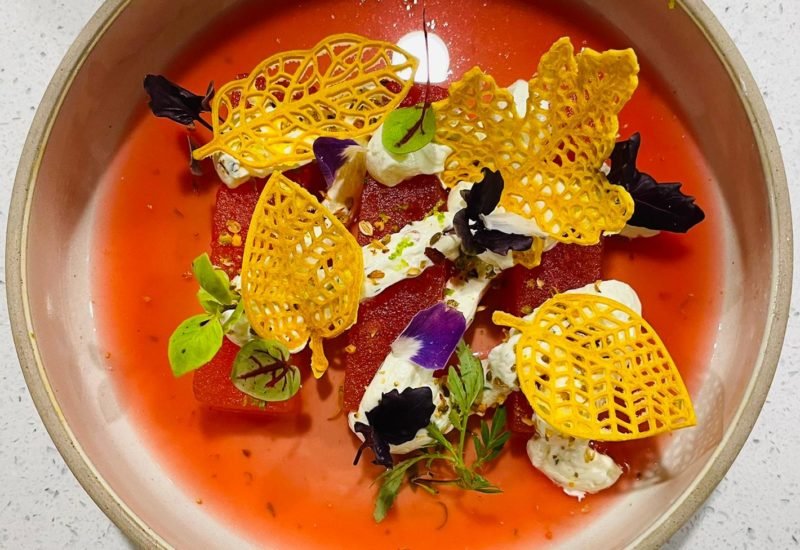 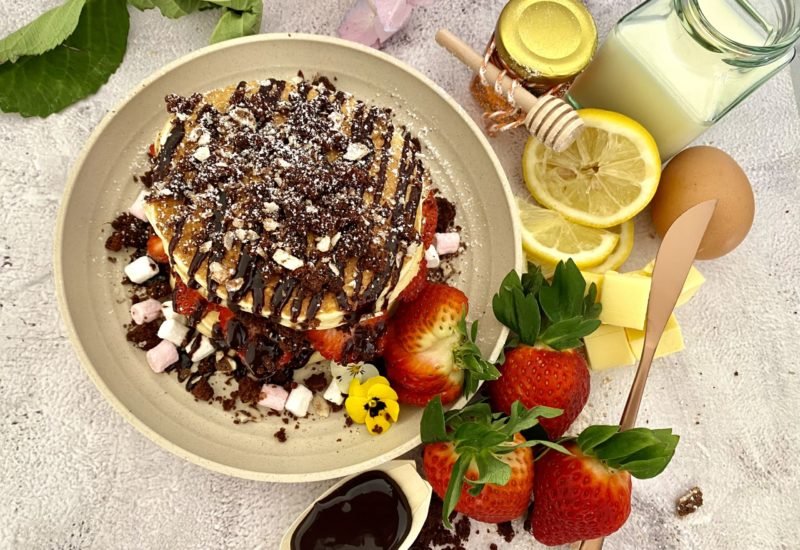