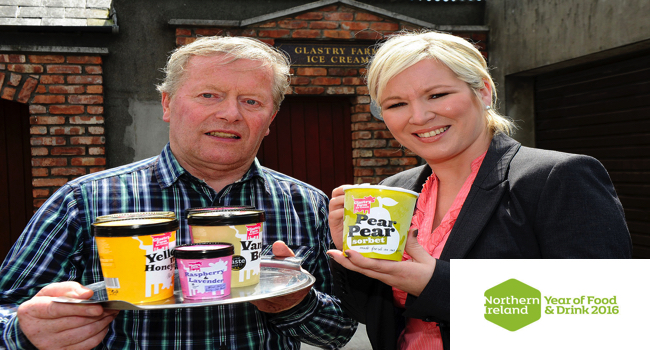 In Ireland, it’s cold in Winter and raining in Summer, but no matter the weather we still love to indulge in our favourite dairy delight; ice cream. In fact, it’s the very rain that we often curse that allows Ireland to produce some of the creamiest ice cream available, no more so than at Glastry Farm. In the book of Irish place names, Glastry translates as ‘the townland of the green pastures’, and it is the milk produced on those clover-rich grasslands of the Ards Peninsula infused with the finest local ingredients that makes Glastry Farm Ice cream so special.

“The run-up to Christmas equals and surpasses the mid-summer season for sales“, says Will Taylor of Glastry Farm, who’s family have been farming on the land in Kircubbin, County Down since 1856. In 2007, they began producing a range of ice creams, and have scooped much more than ice cream since then, winning a number of awards for their dreamy, dairy desserts. Just as the best of the cream rises to the top of the milk, the milk from Taylor’s pedigree herd sits in the top 1% of quality in Northern Ireland. It’s superiority allows them to avoid using any heat treatment in the ice cream making process. “High quality raw materials are the fundamental of a high quality product. Our dairy herd are the engine of the ice cream plant“, says Will. 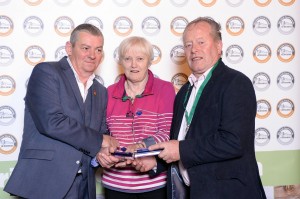 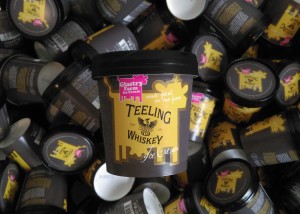 This production is a real family affair, with Will and his wife Cynthia at the helm of production, and son Gareth running the farm, the sixth generation of his family to do so. Unlike other farms which outsource the production of their dairy products, Glastry’s ice creams and sorbets are truly homemade; handmade every day in family’s converted milking parlour. This means Glastry can boast zero food miles from cow to tub and a minimal carbon footprint.

Collaborating with chefs and local producers Glastry are constantly churning ideas that turn into award winning products. Their 18-strong range of Glastry Farm Ice Creams includes Strawberry Stracciatella, Chocolate Heaven, White Chocolate & Blackberry and Rhubarb & Custard, shunning additives and colourings and championing the use of local ingredients and producers where possible. Will says,

“we seek to identify fruits, plants and products from around the Island and turn them into ice cream flavours.”

Indeed, one of their most unique flavours is inspired by a County Antrim speciality; Yellowman Honeycomb, a honeycomb toffee product sold once a year at the Ould Lammas Fair in Ballycastle. 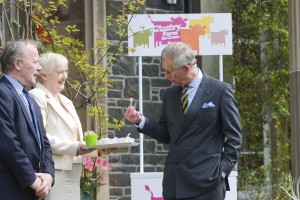 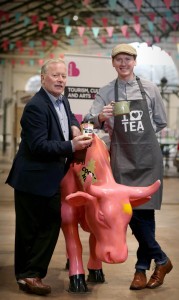 Challenged by the National Trust to create an ice cream themed on the gardens of nearby Mountstewart House they came up with Raspberry & Lavender. “The lavender was the pot-pourri for the Lady Londonderry’s bedroom and the raspberries came from the walled garden for the mansion house”, explains Will. They now count Prince Charles among their fans after he sampled the unique flavour during a visit to Mountstewart in 2010. Their Ling Heather Honey Ice Cream, made with an exquisite organic honey produced from ling heather, a unique plant grown by the Sperrins in Co. Londonderry, is not only tinted a golden hue but won gold at the Great Taste awards 2015. Another floral favourite Lavender & Honey, features organic lavender and honey from world champion and local honey maker Dr. Norman Walsh.

For the more mature palate Glastry have teemed their milk and cream with some of Ireland’s favourite tipples. “We produce an Irish Stout ice cream based on Guinness Extra Stout, indeed, we have a limited edition Yanaroddy Ale ice cream from County Donegal for the Rathmullan House Hotel”, says Will. Most recently they partnered with the Teeling Whiskey Company to create a vanilla and toffee flavoured ice cream, cut through with the taste of Teeling Small Batch Irish Whiskey. 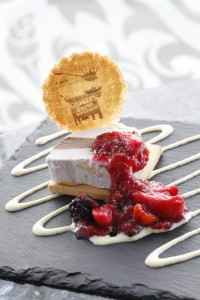 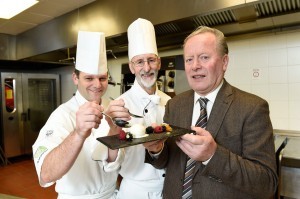 In 2010, Glastry Farm Ice Cream responded to consumer demand for more healthful products by introducing a range sorbets; Lemon, Raspberry, Champagne, Apple Snaps and the superb Pear Sorbet, made with local pears, all of which have gone on to win medals. Will explains their plans develop the range in 2016 with gluten-free, dairy-free, egg-free and low fat sorbets, though the taste “we have probably one of the highest inclusion rates of fresh fruit in a sorbet on the market at the moment”.

As well as selling in a choice selection of shops and supermarkets across the island of Ireland, all these products have graced the menus of the most prestigious venues and menus, including some of the top National Trust and Taste of Ulster restaurants and other hotels and restaurants across Ireland. The small batch production means they can also create bespoke flavours for weddings and events, often accommodating unusual requests. “One was to make gorse ice cream, which grows all over Ireland and down every laneway. It has a distinctive coconut smell, particularly after a spring shower of rain. We attempted to capture this taste and the bright yellow colour in an ice cream. We harvested buckets of gorse flowers. The result was mouth-watering but no-one would offer to pick gorse flowers ever again”, says Will.

Personal touches like this are just the cherry on top of Glastry Farm’s commitment and dedication to infusing quality, local ingredients into every tub. A dedication that starts with their herd, who are treated like an extension of the family. One cow in particular; she’s pink and graces and grazes every tub of Glastry Farm ice cream, “we fell in love with the pink cow the first time we seen her”, Will adds with a smile.