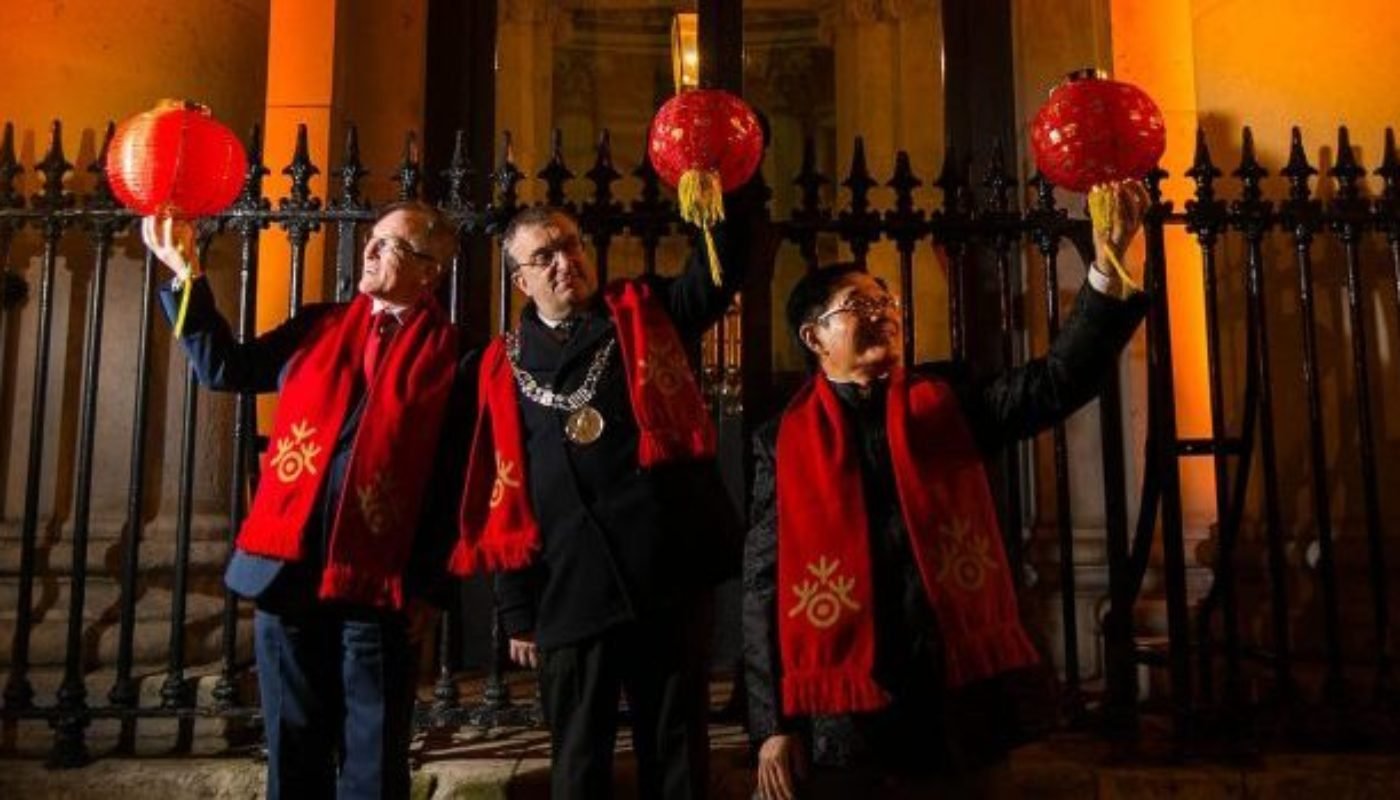 Happy Chinese New Year! For the third year in a row, some of Dublin’s best-known buildings will be lighting up in red to mark the 2018 Chinese New Year and welcome the Year of the Dog. Other places around Ireland going red for the Chinese New Year include Cork City Hall, The Capitol on Grand Parade and One Albert Quay in Cork, CityNorth Hotel near Gormanston, Kildare Village, Powerscourt Estate in Enniskerry and Newbridge Silverware.

The illumination has been organised by the Dublin Chinese New Year Festival in conjunction with Dublin City Council. Speaking about the Chinese New Year celebrations throughout the country, Niall Gibbons, CEO of Tourism Ireland, said: “Tourism Ireland is delighted that Chinese New Year is being celebrated in Dublin once again this year, with many of our historic civic buildings lighting up in red. The illumination indicates a gesture of genuine friendship and a desire to further enhance the positive relations between China and Ireland.

“China is an important emerging travel market and one that Tourism Ireland is committed to growing over the coming years. In 2017, we welcomed an estimated 70,000 Chinese visitors to the island of Ireland.”

For more information about the events taking place for the Chinese New Year, click here.