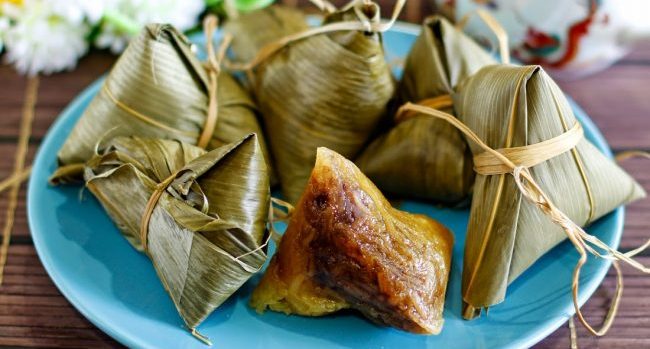 Today is the fifth day of the fifth lunar month of on the Chinese lunar calendar, and in China that means the wide-spread celebration of Dragon Boat Festival, a traditional Chinese festival which pays tribute to Qu Yuan, a great poet in the Zhou Dynasty.

Today, the Dragon Boat Festival is celebrated all throughout Asia with dragon boat races and piles of zongzis, a kind of sticky rice dumplings wrapped in bamboo leaves.

And while the Liffey won’t be taken over by dragon boat races today you can use Dragon Boat Festival as your excuse to feast on glutinous rice dumplings.

At Asia Market, Ireland’s premier Asian grocer, there are two delicious flavours to choose from: savoury, or a sweet red bean. 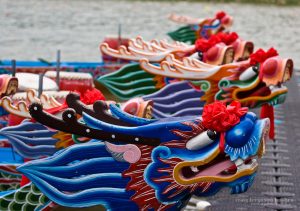 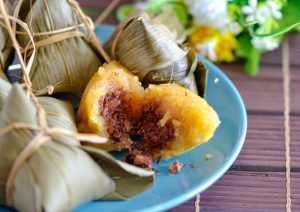 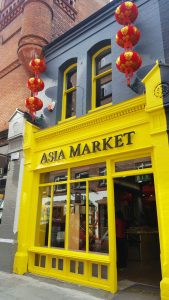 You can pick up a packet, or three, at both Asia Market’s retail store on Drury Street and a larger supermarket in Ballymount.

The origin of the dumpling tradition comes from the legend that after he was exiled for his reforms, Qu Yuan had committed suicide by throwing himself into a river. Legend says that the local people rushed out in their boats and threw chunks of rice into the river to deter the fish from eating his corpse.

A less than appealing story that lead to a very tasty tradition: zongzi.

Today, eating the dumplings is regarded by the Chinese as an effective way of preventing disease, evil, while promoting good health and well-being.

The perfect excuse to stock up on dumplings then!