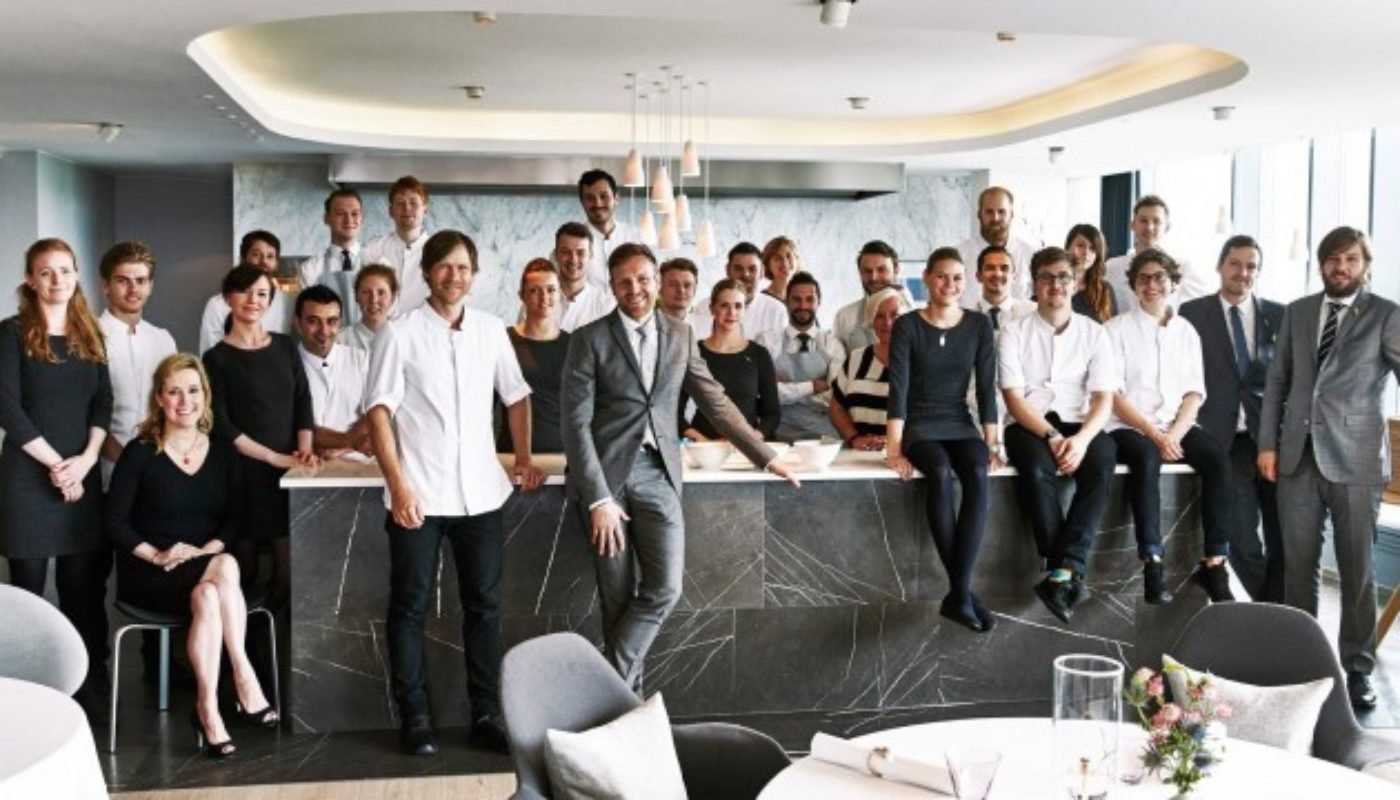 The World’s 50 Best Restaurants list’s judging process often raises a few eyebrows. But despite its ambiguity more and more gastro-tourists are turning to the World’s 50 Best, rather than the Michelin Guide; considering it a cooler, less stuffy, snapshot of the greatest gastronomic experiences across the globe.

With no Irish restaurants making the list since Thornton’s was ranked 25th in 2003, there is some solace to be taken by the fact that Ireland is represented by a handful of globetrotting Irish chefs who are integral to the delivery of these world class dining experiences. None more so than Cúán Greene; the Dubliner who is part of the team at Geranium, Denmark’s first three star Michelin restaurant, currently ranked 28th best restaurant in the world.

Cúán’s own introduction to the culinary world has an international twist; moving to France at the age of twelve, and with parents coming from creative backgrounds, his love for food was encouraged. While most count babysitting or cutting grass as their first summer job, Cúán’s was at La Table de Fontfroide in the Corbiéres, where from age 15 he spent two summers immersed in a classical French kitchen.

The family moved back to Ireland in 2010, but during and after studying Culinary Arts in DIT Cúán continued to seek work in kitchens all over the world. In Ireland he manned the stoves at Thornton’s, and One Pico, but also he scooped stages at top restaurants in France, the United States, and in Spain, at 3 Michelin star restaurant Quique Dacosta.

The latter Cúán says was one of his most demanding posts: “Working 100 plus hour weeks at Quique Dacosta was pretty gruelling. I lost 10kg in two months.” Though what he lost in body mass he gained in experience.

“I would say I’ve learnt something from every chef I’ve worked for, I try to emulate the traits I like from the different chefs I’ve had the opportunity to work with. I was classically trained at ﬁrst, then got a taste of the avant-garde movement in Spain and now the Nordic style of cookery here in Copenhagen.”

Cúán began his introduction to Nordic cooking at Geranium in January 2016, and has worked his way up to chef de partie on the ﬁsh section where he helps create one of his favourite dishes on the menu: “The hake. Lightly salted, lightly smoked, rolled in a parsley ash, the ﬁsh is made to look like marble. The sauce is based on clariﬁed buttermilk, with Finish caviar, parsley oil, stems and the crispy scales of the ﬁsh. The dish won best ﬁsh dish in Denmark in 2015.” “His attention to detail beyond anything I’ve seen before,” says Cúán of the creator of that dish; head chef Rasmus Kofoed. “His passion, drive, and a search for perfection. Rasmus is completely driven.” That drive secured Geranium its three-star rating in February, surpassing Denmark’s famed noma restaurant, four time winner of the world’s best restaurant.

“We’re fully booked now, with a three-month waiting list,” says Cúán of the impact of the added layer of prestige, though he believes the World’s 50 Best list has earned respect too: “I wouldn’t say one is more valued than the other. Both are different and possess different values. The Michelin guide acknowledges outstanding food and hospitality, The 50 Best guide gives you an insight into emerging contemporary cuisines, and talented chefs.”

Copenhagen is one of those emerging food destinations says Cúán. “There are some really amazing restaurants here, with some very passionate chefs. The city is a real food hub. Incredible restaurants, great coffee and bars. It’s a great place to live. The produce is also fantastic. There is a real emphasis put on what is in season, organic or biodynamic. We use what is good and available. It’s how things should be.”

“All the top restaurants hang out with each other. I have some good friends from noma. It makes for some really geeky conversations.”

His travels have made Cúán appreciate even more what Ireland has to offer. “In Ireland we have some of the world’s best produce. It’s great to see Irish restaurants celebrate what it is we have to offer. I am raised a Gaeligeoir, so the Irish language and culture are both very important to me.”

“I love working with vegetable based dishes, especially root vegetables, adding ﬂavours from meat. Living away from home, you really miss Irish potatoes. Although born in Dublin, my family are from Connemara, we grew up eating Connemara lamb for Easter and crustaceans all summer.”

“I think when people go to Ireland they realise how good the emerging food scene is. We’re known for our musical culture, and hospitality, food should be right up there as well.”

He believes that it won’t be long before Ireland is making the roll call of the World’s 50 Best: “There are some great restaurants in Ireland now, with some great emerging chefs. There are also some very talented chefs abroad working in some amazing spots. I believe it won’t be too long until we see Irish restaurants enter this category.”

“I really want to try Forest and Marcy. I worked with Ciaran Sweeney in Thorntons and his food looks great. Barry Fitzgerald is a close friend and Bastible was one of my best meals of 2015.”

It was with another chef friend Harry Colley, now of the Fumbally, that Cúán set up Dublin Pop Up, a guerrilla dining group that caught the attention of Dublin’s foodies with its creative approach to Irish food and quirky locations.

“We started doing some pop ups in Harry’s apartment, then doing one in Temple bar, the crypt in Christchurch, various galleries and other venues around Ireland. Last summer we did a three day pop up in Toronto. We’ll never forget the experience of Dublin Pop Up,” says Cúán of Dublin Pop Up’s two year run. Still in college at the time, Cúán says he learnt a lot from his extra curricular work: “I absolutely loved working with Harry. We’re extremely close friends. We both learnt so much from one another. He’s a couple of years older then me, so I think I grew up a bit. Working on the pop ups, gave us exposure to PR, press and media, which was really exciting. (These were) amazing people, and was really interesting to see how management is controlled outside of the kitchen.”

On a recent trip home, during Geranium’s seasonal closure, despite being on holiday it wasn’t long before Cúán found himself back in the kitchen; giving Harry a hand at a pop up dinner in the Fumbally.

It seems food really is a labour of love for Cúán, and running his own kitchen, albeit on a transitory basis, has given him a taste for owning his own restaurant, perhaps in Dublin. Does he have a Michelin star in his sights? “The ﬁrst step is to open a restaurant. We shall see after that.” 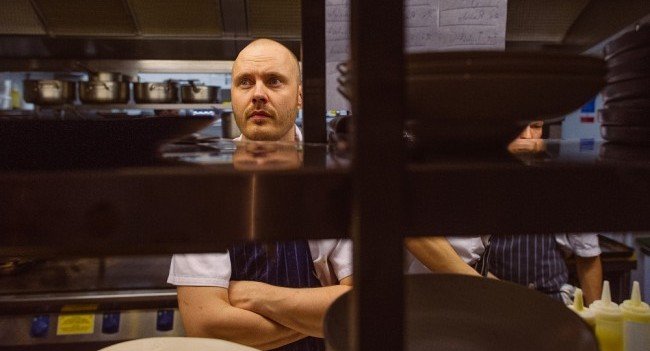 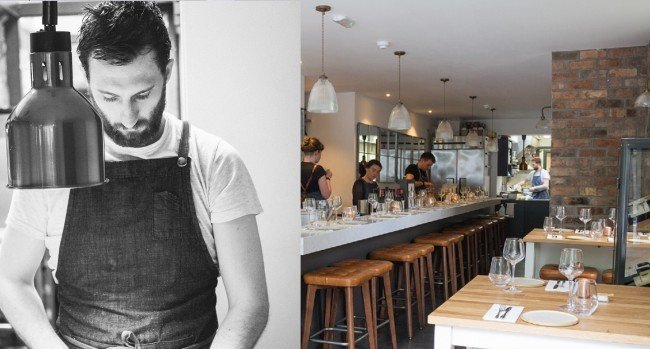 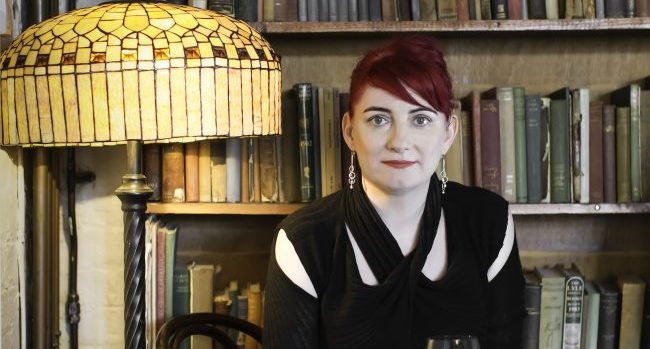 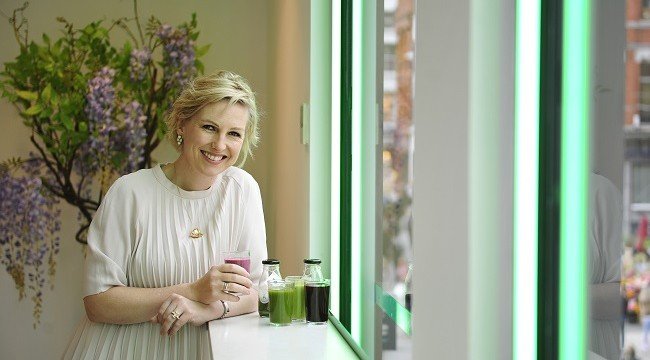