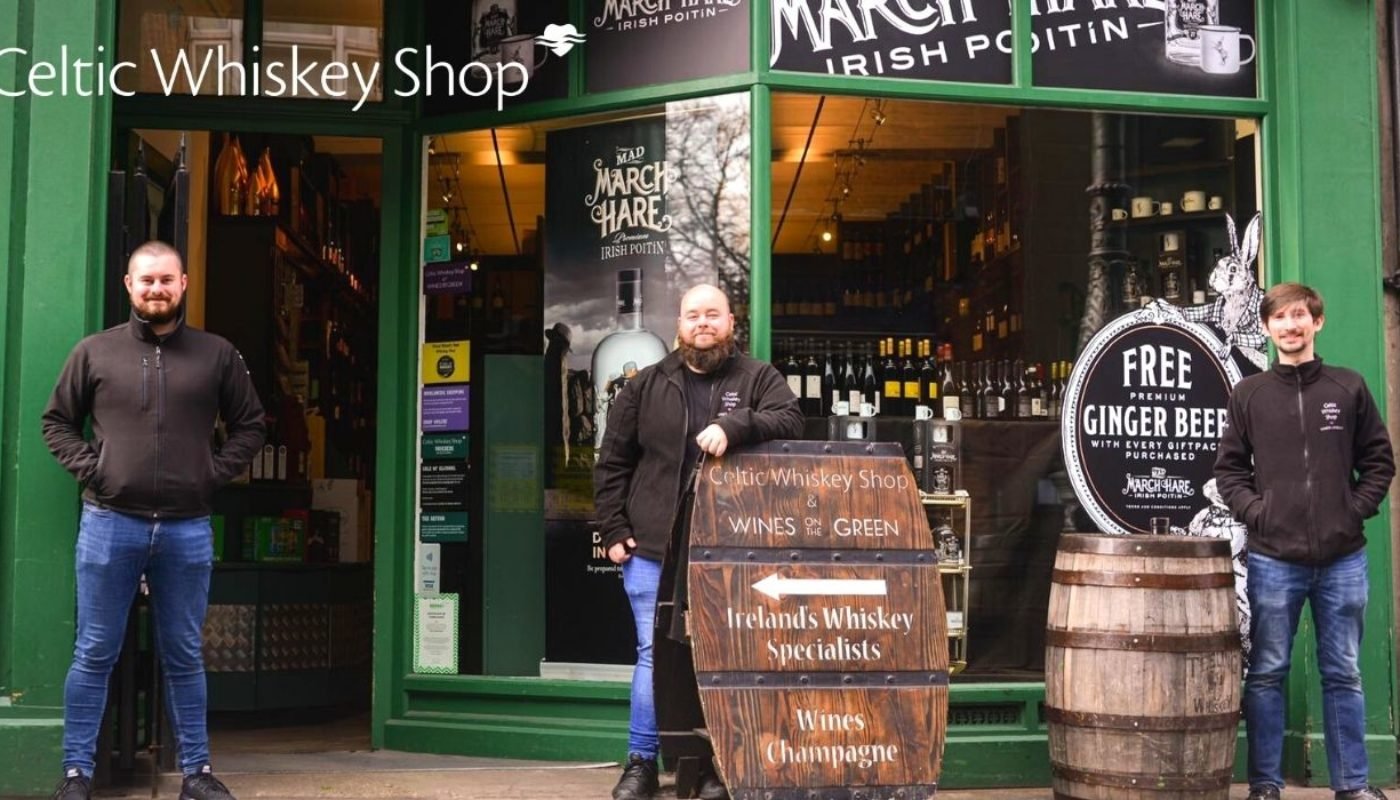 Every year the global publication, Whisky Magazine, holds an international awards competition that recognises the best the whisk(e)y industry has to offer. In addition to their World Whiskies Awards, in which whiskies competing (compete) in various categories, their Icons of Whisky awards recognises individuals who work in the industry, online retailers and retail outlets.

At the beginning of February 2021, Celtic Whiskey Shop won the award for Single Outlet Retailer of the Year 2021, at the Icons of Whisky Ireland awards and went on to compete for the global title against the regional winners including; America, Australia, China, Scotland, France, South Africa and others. The Dawson Street store has previously won this overall award in both 2017 and 2019.

Celtic Whiskey Shop Managing Director Ally Alpine said ‘We are honoured to win the overall title for World’s Best Single Outlet Retailer in 2021. This is an extremely high level of recognition for our store and after a very challenging year it has been great to have the support from our customers and members of the industry.”

Celtic Whiskey Shop & Wines on the Green is located in the heart of Dublin’s city centre and was established in 2003 by Managing Director Alastair Alpine. It is an Aladdin’s Cave for Whiskey lovers, enthusiasts and collectors and has been voted World’s Best Whiskey Shop on a number of occasions. Celtic Whiskey has been an industry leader since it opened and as well as organising events such as Whiskey Live Dublin, Dublin Drinks Mixer and the annual Irish Whiskey Awards, they have a leading online presence with shipping internationally.

Producing award-winning single cask bottlings, Celtic Whiskey also has a strong wholesale presence supplying bars, restaurants, hotels and off traders around the country. Open seven days a week, Celtic Whiskey Shop is home to Ireland’s largest collection of whiskey and spirits, including exclusive, rare and collectable bottlings. 2019 saw the launch of Celtic Whiskey Auction.com a bi-monthly online auction platform for buying and selling rare spirits. It also has one of Ireland’s most interesting and eclectic wine selections with over 95% of these wines imported directly from vineyards across the world. From Armagnacs to Grappas, Rums to Schnapps, Celtic Whiskey Shop strives to be the one-stop-shop!