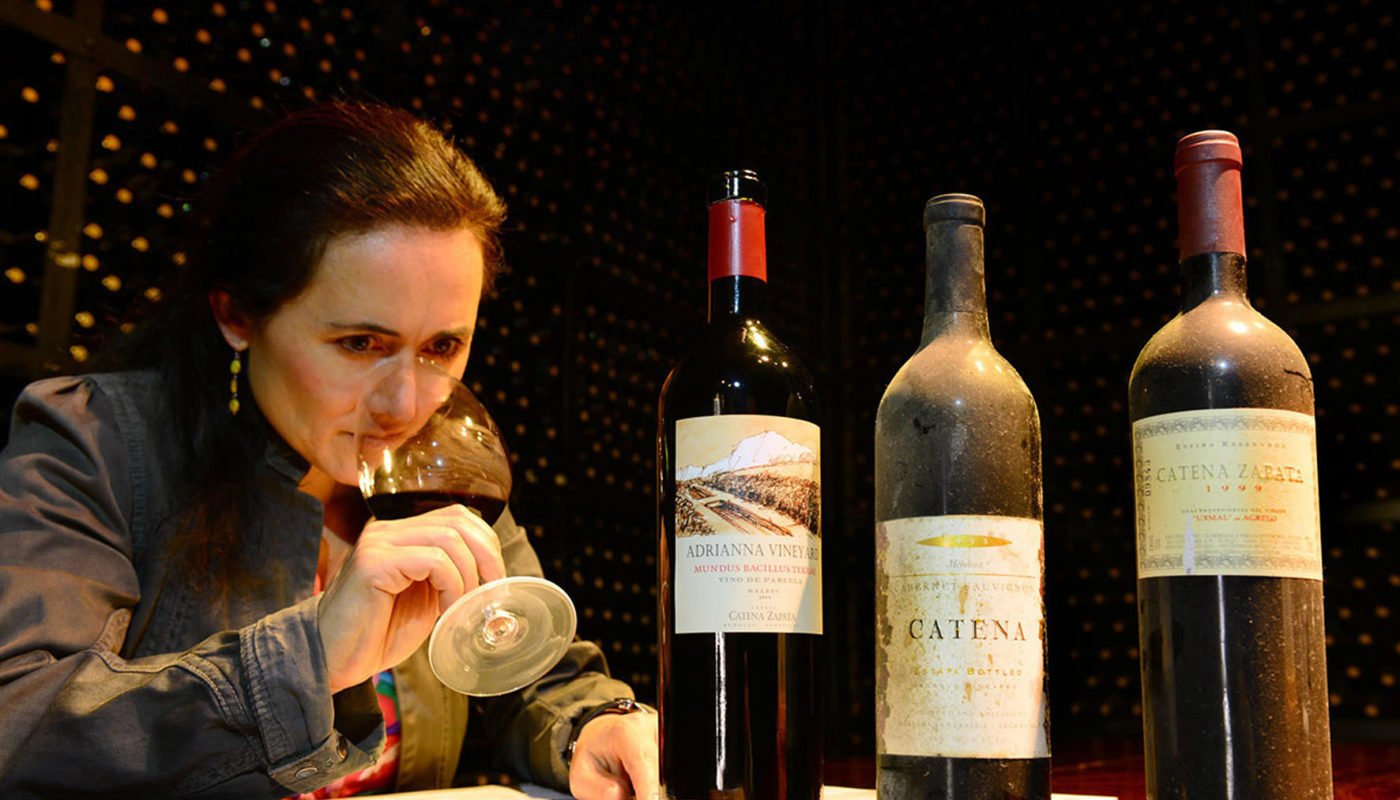 Argentina’s gifts to the world are wonderful and varied — from the beautiful and mesmerising
notes of a tango, to the decadent sweetness of dulce de leche, from the irresistible asado, to
some of the most memorable moments in football history. But if there’s a gift that wine lovers can
be particularly excited about, it’s Argentinian Malbec.

To pay homage to the variety and the wine it produces, Wines of Argentina created World Malbec
Day, an annual celebration that took place for the first time on April 17, 2011, and that has
earned a spot in the hearts and calendars of wine enthusiasts internationally.
The date is a nod to April 17, 1853, when the first agricultural school in Argentina was
founded, a pivotal moment for the country’s wine history. That year also marks the arrival of
the Malbec grape into the South American country.

Malbec 101
According to figures from Wines of Argentina, there are 11,823 acres planted with Malbec in
the country (about eight Manhattans, for reference).
The grape itself is originally from France’s Cahors region (where it was known as Côt), and
after being virtually lost to phylloxera in the 19th century, growing demand and the popularity
of the variety have helped it make a comeback on French terroirs. There is also an incipient
production in Spain, Chile and parts of California.
However, Argentina continues to be the 21st century powerhouse of Malbec, with 75% of all
the grapes grown worldwide coming from Argentina.
Last December, we had the opportunity to chat with Dr. Laura Catena, fourth generation
Argentine vintner, physician and author, at a virtual tasting where she spoke about the
winery’s top range, the future of Malbec and some interesting trends. She’s the Manager
Director of Catena Zapata, one of Argentina’s pioneer wineries in the production of high-end
wines, renowned as one the producer of some of the world’s best Malbecs.
“I like to tell French people that we are the Old World for Malbec”, she says, summarising the
strong bond between the variety and the country where it became a flagship wine.
She explains that the Malbec grape is a sensitive one. It was very important in Bordeaux,
even more than Cabernet Sauvignon in pre-phylloxera times, but it wasn’t replanted as
heavily as vineyards were rebuilt.
Within Argentina, the Mendoza region takes the undisputed first place as the epicentre of
Malbec, concentrating 84,64% of the total cultivated surface for vinification. Its location, on a
high-altitude plateau on the Andes, offers a privileged spot for high-altitude production, which
is considered the most desired when it comes to Malbec.

Inside of Mendoza, smaller regions such as Uco Valley, Luján de Cuyo and Maipu are held in
the highest regard. Outside of Mendoza, one can find exceptional Malbec in provinces such
as San Juan, Salta, and La Rioja.

Trends and innovation
Five years ago, we asked ourselves the question: Is Malbec the New Merlot? After all, the
variety’s vertiginous rise to fame and its popularity among millennial consumers echoed that
of Merlot a generation before it.
However, while Malbec’s mainstream success is indisputable, there’s a key difference
between both stories: Malbec producers have managed to continuously reinvent it and
innovate, balancing approachability and quality. In a way, the tale has more parallels to that
of New Zealand and Sauvignon Blanc.
According to Laura Catena, a trend of importance in the last ten years has been to pay more
attention to vintage variability. While this can be seen as taking a page from the Old World
book of winemaking, it is a relatively novel approach in the New World where, with few
exceptions (usually on the higher end), brand name and consistency tend to be prioritised
over the nuance of vintage variation.

Another important trend is the growing interest in high altitude regions. As Laura explains,
“vineyards have moved more and more into the Uco Valley” and “high altitude is seen as
more desirable.” The rationale behind this trend is the fact that planting on higher altitude
soils allows for later harvests as grapes ripen more slowly. The extra time then translates
into more complex flavours and a higher sugar while retaining freshness and acidity.
Other trends keeping Malbec cool includes the growth in organic and sustainable production;
the use of carbonic maceration (Beaujolais Nouveau style) to produce fruity, light-bodied
reds with lower tannins; natural winemaking principles and alternative recipients such as
amphorae; and more blending, in particular with varieties like Bonarda or Cabernet Franc.
Regarding the future of Malbec in Argentina, Laura adds: “for me, Malbec in Argentina has
so much more still to tell”, and while she recognises that there are other varieties of interest
in the country, such as Bonarda and Chardonnay, there are loads of exciting sides of Malbec
to keep exploring.

A blend of 100% Malbec from three high altitude vineyards in the Mendoza region. The wine
is vinified with wild yeasts and spends 12 months in a combination of new and used barrels.
Full-bodied and fragrant, with an elegant balance between ripe berries, and notes of cocoa,
vanilla and toast.

Dada 1
12.5% ABV
€10 – Available at Molloys, O’Briens Wine, SuperValu, O’Donovans
This blend of Malbec and Bonarda comes from the region of San Juan and it’s made by
Finca Las Moras. It’s medium-bodied and fruity, with moderate tannins and the influence of
American oak.
It’s a great entry level option, ideal to get BBQ season started.

Lunta by Mendel
14% ABV
€19.50 – Available at Celtic Whiskey Shop
This varietal comes from one of Argentina’s oldest vineyards in Mendoza, and the work of
prestigious winemaker Roberto de la Mota. It’s matured for 12 months, half in oak, half in
stainless steel.
Expect an intense and concentrated red with a pleasant balance between tannins and
acidity, and plenty of blackberry, plum and spice aromas.

Kaiken Terroir Series, Vistaflores Malbec
14% ABV
€19.95 – Available at Baggot Street Wines, wineonline.ie, McHughs, Martin’s Off Licence
This silky blend hails from Mendoza’s Uco Valley. It combines Malbec (80%) with Bonarda
(15%) and Petit Verdot (5%).
The classic black fruit and spice notes of Malbec are complemented by the freshness of Petit
Verdot and the plump, cherry-like character of Bonarda.

Piedra Negra Alta Colección Malbec
14.5% ABV €16 – Available at wineonline.ie, The Baths of Clontarf, Fresh
Bodega Piedra Negra produces this classic high altitude Malbec. The winery is an Uco
Valley pioneer with French roots (part of the Domaine François Lurton family).
This organic Malbec is refined and smooth, with a bright combination of aromas of red
berries, blackberries and a hint of black pepper.