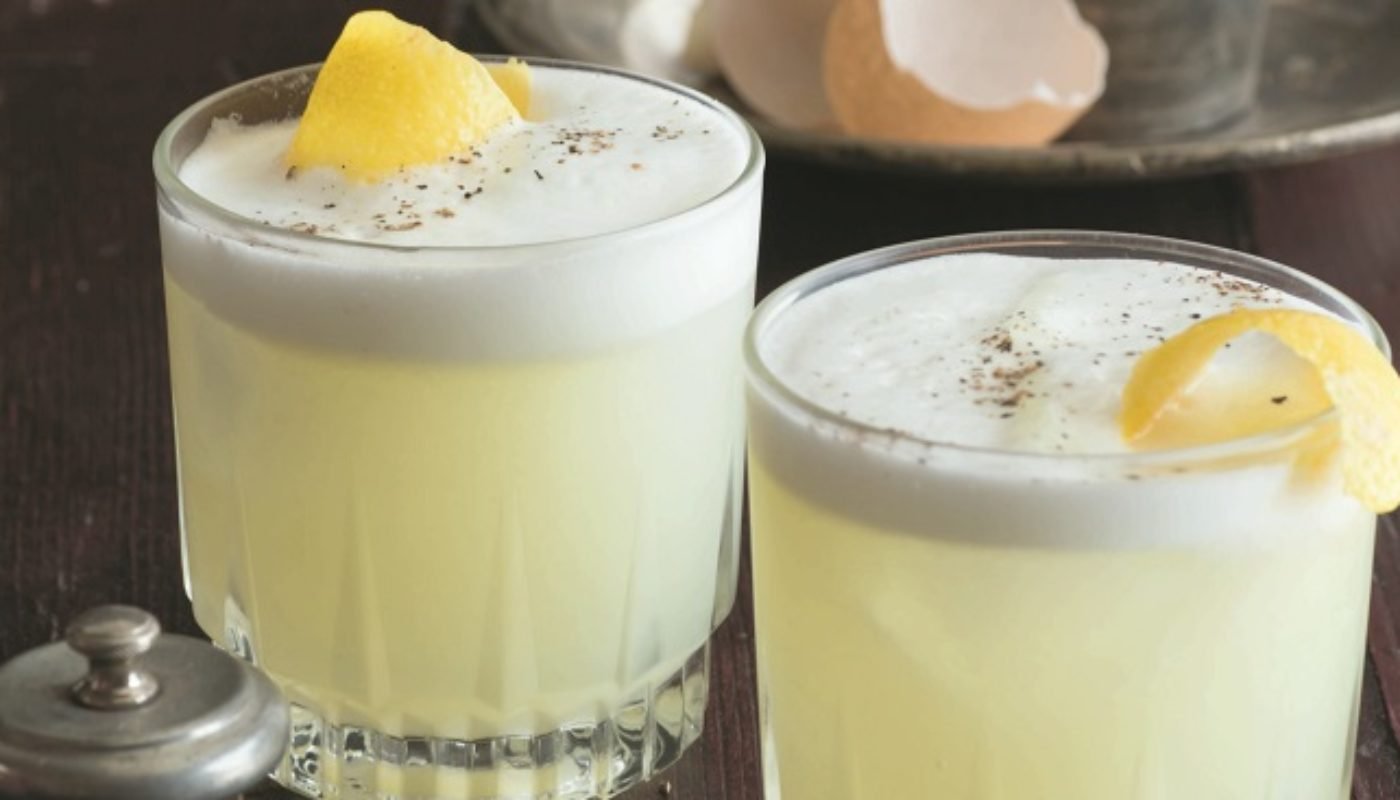 After fifteen years behind the bar at the five-star luxury Hotel de Russie, Massimo D’Addezio left to open his own cocktail bar, Co.So. Cocktail & Social in Pigneto, eastern Rome’s nightlife epicenter. With the support and skills of London-trained bartender Giorgia Crea, Co.So. does a brisk business of cocktails that are twists on the classics, with cheeky names like the Carbonara Sour.

The Tasting Rome version is a fresh and light vodka sour with black pepper and citrus introducing a little kick and a mellow savoriness from the guanciale-washed (fat-infused) vodka. You can make this Carbonara Sour right away with plain vodka, but the guanciale version is worth the time and effort.

1. Combine the vodka, simple syrup, lemon juice, and egg white in a shaker. Dry shake without ice for around 15 seconds.
2. Add ice to fill the shaker and shake vigorously until well chilled, 30 seconds.
3. Strain into a rocks glass over ice. Garnish with a lemon twist and a pinch of black pepper.

Rendered Guanciale Fat
1. Heat the olive oil in a small skillet over low heat. When the oil begins to shimmer, add the guanciale.
2. Cook, stirring, until golden brown, about 8 minutes.
3. Remove from the heat and allow the meat and rendered fat to cool in the pan.
4. Combine the vodka and guanciale fat in a medium jar and shake well.
5. Place in the freezer for at least 36 hours. The fat should separate and rise to the top.
6. Remove from the freezer, discard the fat, and carefully pour off the vodka through a fine-mesh strainer or several layers of cheesecloth. Store in the refrigerator for up to 1 week. Tasting Rome is a love letter from two Americans to their adopted city, showcasing modern dishes influenced by tradition, as well as the rich culture of their surroundings. Even 150 years after unification, Italy is still a divided nation where individual regions are defined by their local cuisine—mirrors of their culture, history, and geography. But the cucina romana is the country’s greatest standout. Speakeasies, ten-table restaurants, and street food stalls may not be the first things that come to mind when you think of Rome, but these new realities have joined the traditional bars and trattorias of the Italian capital as bastions of great food and drink.

In Tasting Rome, journalist Katie Parla and photographer Kristina Gill capture Rome’s unique character and truly evolved food culture—a culmination of two thousand years of history. The recipes here, each selected for the story it tells, acknowledge the foundations of the cuisine and demonstrate how it has transitioned to the variations found today, ranging from genuine classics to fascinating but largely undocumented Libyan Jewish fare to centuries-old offal preparations, and so much more. Part cookbook, part travel memoir, this book transports all of the flavors of Rome into your kitchen.