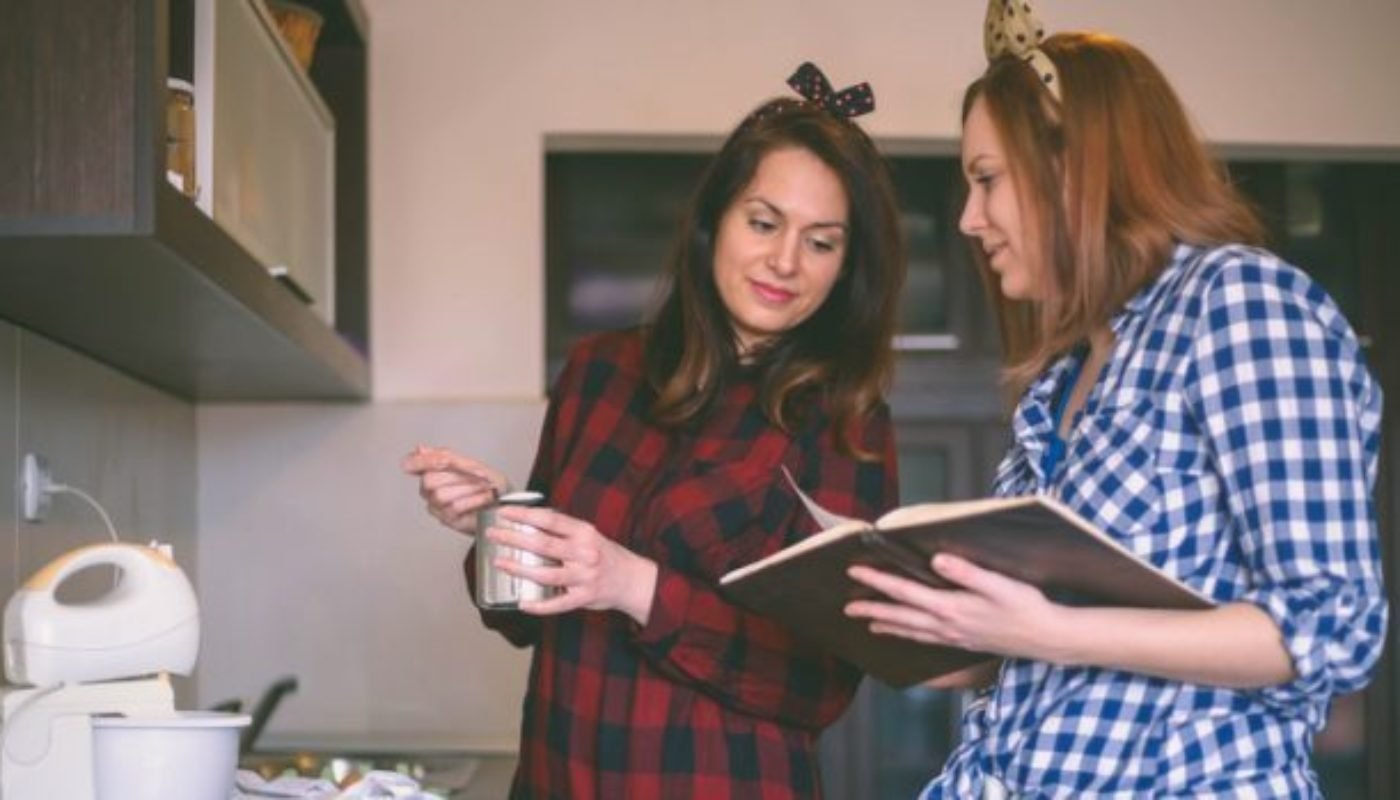 These days, it would seem that everyone is an amateur Chef. Food Blogs have never been more popular and Instagram is replete with page upon page of eye wateringly beautiful food. Pomegranate Molasses is de rigeur and don’t get me started on Sumac and Tahini. But, for a select few, cooking a meal is still an intimidating task that is easier avoided rather than confronted when you lack the skill or even just the confidence to whip up a meal in your own kitchen. Whether you are embarking on a new college course and moving away from home for the first time, or you just want to expand your culinary repertoire beyond Scrambled Eggs or Koka noodles, then look no further. We have complied a list the best cookbooks for beginners that will transform your kitchen nightmares into a thing of the past.

For the complete novice

How to Cook by Delia Smith When this series was first published in 1998 it caused somewhat of an uproar as home cooks the world over vented their anger at being advised on how to boil an egg by Delia Smith. However, once the furore died down, the true value of Delia’s ‘How to Cook’ series became apparent and the first book went on to sell nearly two million copies. The true genius of this book as that it brings everything back to basics and guides the reader through simple everyday dishes that often sound easier to perfect than they are in reality.  I remember being highly offended when I was gifted this book many years ago but to this day it holds a valuable place in my cookbook collection and I still refer to it often. The series, which originally contained three books was updated in 2009 and released in one tidy edition, Delia’s Complete How to Cook.

For the slightly more ambitious The Ballymaloe Cookery Course is the perfect all-rounder for those who want to learn the basics, and those who want to expand their culinary skills. The book contains nearly 1200 recipes along with over 300 basic skills, tips and shortcuts from the master herself. Can’t see you way to attending Ballymaloe in person to train with the pro’s? Then book this is the next best thing.

For the curious cook Those of you familiar with the Netflix show of the same name will already be familiar with Samin Nosrat. In her book to accompany the series, she explores the effects on these four elements and the roles they play when cooking. An interesting read, the book contains over 100 recipes to get you started on your culinary journey. Salt Fat Acid Heat is the perfect book for those kitchen novices who have a genuine interest in learning the nitty gritty of why certain dishes taste great, without being overwhelmed by the science behind it.

Available from www.amazon.co.uk from €18

For the student or the wannabe vegan This is the third book from the badass folk at Thug Kitchen and is widely hailed as their best yet. According to co-founder Matt Holloway, the idea behind Thug Kitchen is to give its readers clear instructions on how to make healthy vegan food using simple recipes and fresh ingredients, with a dash of profanity thrown in for good measure. The recipes in this book are designed to be healthier vegan versions of takeaway favourites but given that Thug Kitchen are based in California, it’s unlikely you will find a vegan Spice Bag in this book. Think more along the lines of Cheese Free Nachos or Squash and Bean Burritos with Hatch Chili Salsa and you get the picture. There is a little shock value with the persistent expletives but this is a fun cookbook with solid recipes that are well explained. Thug Life 101 will appeal to full blown vegans and those just looking for a little (healthy) variety in their home cooking.

For the comfort food aficionado Nigel Slater is without doubt the king of comfort food and this book celebrates the splendour of the simple in the most delicious way. Real Food is broken down into eight chapters, each concentrating on everyday ingredients which are showcased with superb recipes that are easier than most. There is an entire chapter on Potatoes which will have you creating the silkiest mash, the crunchiest roasties and the best Baked Potatoes on the planet by a country mile. Along with Potatoes, there are chapters on Chicken, Garlic, Bread, Cheese, Sausages, Ice Cream and Chocolate, ensuring you will never go hungry with this book in your kitchen.