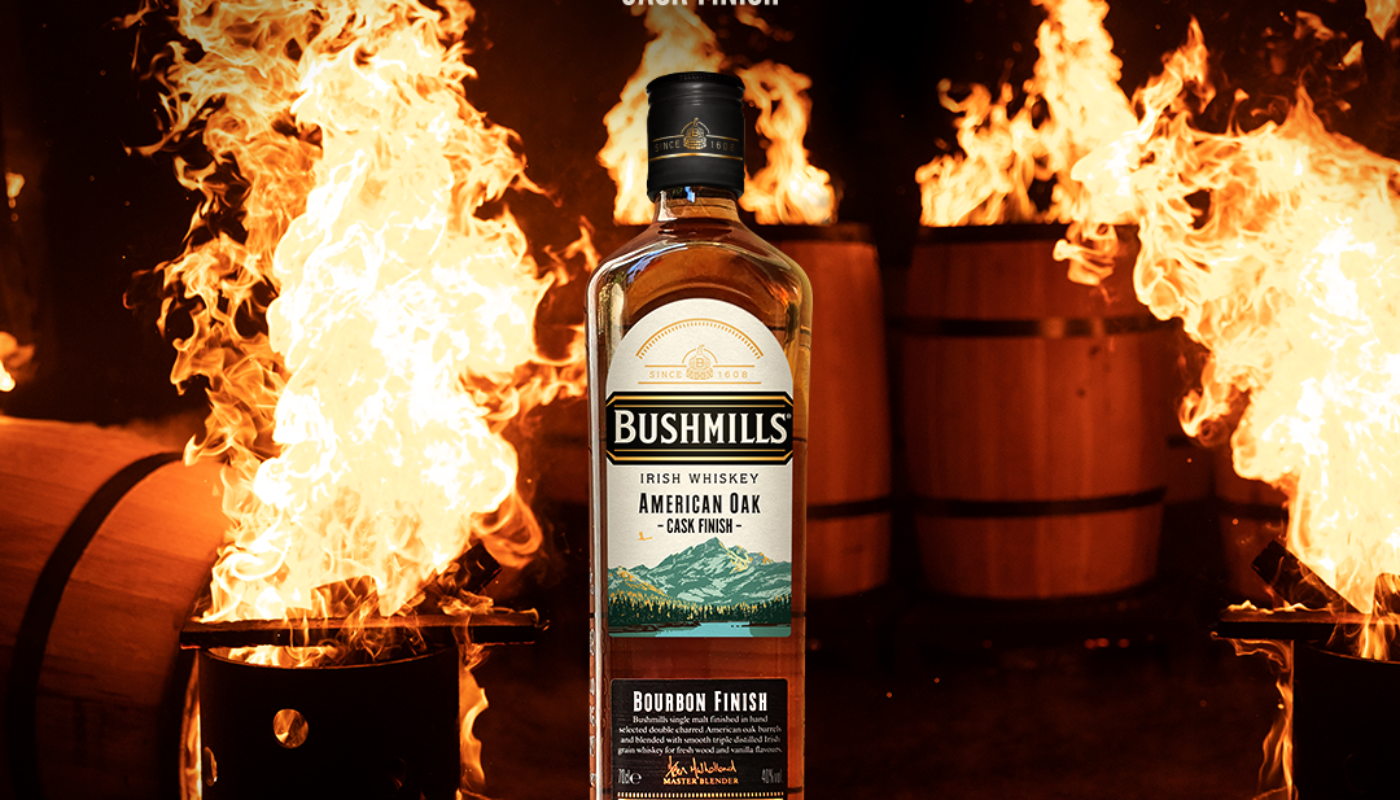 ·         The second release in this series of exciting innovations, the American Oak Cask Finish offers a new and unique flavour variation on Bushmills® Original Irish Whiskey

Inspired by a partnership spanning decades between Bushmills and legendary barrel makers Kelvin Cooperage, the American Oak Cask Finish celebrates the amalgamation of two of the world’s great whiskey-making capitals, Bushmills and Louisville, Kentucky. In 2008, Louisville, the home of Kelvin Cooperage, was twinned with the village of Bushmills during celebrations marking Bushmills 400thanniversary, further strengthening the ties between these two areas steeped in whiskey heritage.

Small batches of the finest American Oak barrels are hand-selected at Kelvin Cooperage and double-charred for Bushmills, giving these casks unique properties ideal for whiskey maturation. Bushmills single malt then ages in these casks, resulting in a deeper interaction between the whiskey and the oak, delivering the superior flavour profile achieved in this cask finish expression.

Paul McLaughlin, President, Kelvin Cooperage, said: “Our relationship with the team at The Old Bushmills Distillery began over 30 years ago. Over the course of three decades, we have worked closely in a continuous process of mutual learning and collaboration. ‘

“At Kelvin Cooperage, we have remained true to time-tested traditional techniques, handcrafting and charring each cask, ensuring that The Old Bushmills Distillery only receives the finest American oak casks for this release. The double-charring process has a substantial impact on the flavour profile the cask imparts on the whiskey, which is what makes this American Oak Cask Finish product truly special.”

“We are thrilled to be involved in this project and look forward to Bushmills fans having the opportunity to enjoy this exceptional whiskey.”

Colum Egan, Bushmills Master Distiller, said: “The Cask Finish range is an exciting and innovative move for Bushmills Irish Whiskey. The series offers discerning whiskey drinkers an accessible introduction to the unique casks ageing the exquisite whiskey we have here at The Old Bushmills Distillery. The American Oak Cask finish is the result of our long-standing relationship with Paul and his team at Kelvin Cooperage, world-renowned for producing the finest American casks.  We are immensely proud of our new Cask Finish range and are excited to bring our latest innovation to whiskey fans across the globe.”