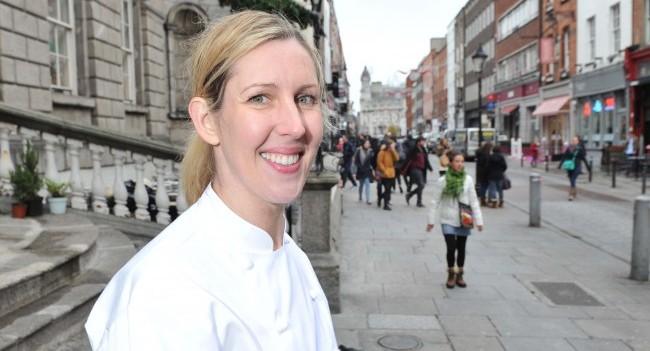 Top Chef Monica Galetti caused a stir with her recent remarks that when it came to forging a career as a top chef, women have “to put it first to do well”, choosing their career over having a family. The evidence would seem to suggest that Galetti is right, given the relatively small number of high-profile female chefs. Clare Smyth is one of those top chefs; the first female in the UK to hold three Michelin stars, just one of six females in the world with the prestigious accolade. However, far from dampen the enthusiasm of any young woman minded to follow in her footsteps, Clare inspires and emboldens chefs, of all genders, which her skill, ambition and litany of successes.

Clare, in Dublin last December as guest judge for Euro-toques Young Chef of the Year, of which two of the five finalists were women, says at first she was hesitant to accept the labels ‘role model’ and ‘female chef’. “I was always about doing the job, it was nothing to do with gender. I never want to be singled out. I just want to be good at what I do, I want to be the best that I do”, Clare explains. Growing up on a farm in County Antrim, there were few female chefs at the top level whose careers she could aspire to emulate. Instead she looked to culinary champions like Thomas Keller, Alain Ducasse and Gordon Ramsay, “I never had that thing where I looked to role models because of their gender. It didn’t occur to me that there weren’t many females”. 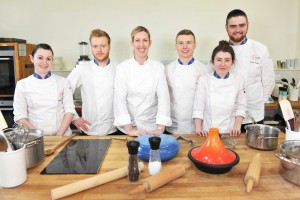 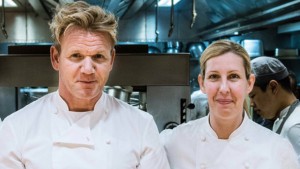 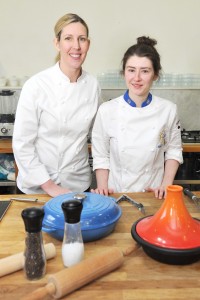 Though, over the years, she has come to understand and respect her duty as a role model, “I always dismissed it before, but I think it’s important for people to be able to see that it’s for them too. It doesn’t matter where you come from, if you’re short, you’re tall, male, female”. While Clare represents what is possible for female chefs, in the UK only a fifth of the 250,000 professional chefs are female. Clare is adamant that this is not due to bias, but simply choice, “It’s peoples choice at the end of the day. It’s just what appeals as a profession and men just seem to go to it more. But there are definitely more females now which is a positive”. Though in the past she has described the male-dominated, testosterone filled kitchens that she started her career in, she says this is no longer the case, “I think things have changed tremendously. Going back ten, fifteen years ago kitchens weren’t pleasant environments but now it is very very different”. A positive thing not only for women, but for food she asserts.

Leaving Northern Ireland at the age of 16, Clare proved her natural ability and learnt the skills to match under the helms of Heston Blumenthal and the Roux brothers. In 2002, she was snapped up for a job at Royal Hospital Road, now called Restaurant Gordon Ramsay, and quickly reached the position of senior sous chef. “I went through all the kitchens. Hospital Road was the one I fell in love with right from the beginning. I just knew it was right for me”, Clare gushes. Taking a brief break, she honed those skills with stages, often unpaid, the French Laundry in California, Per Se in New York and Alain Ducasse’s renowned Le Louis XV in Monte Carlo. When she returned to London she was quickly named head chef aged just 29. 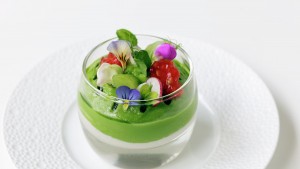 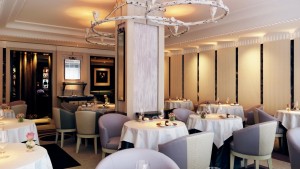 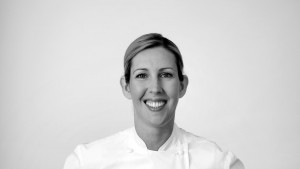 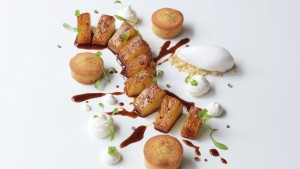 Although Gordon’s name might be over the door, she says he has given her the freedom to put her own stamp on the restaurant, “now he is more of a supporter on the outside, I’m the driving force of it. But he is always there and I talk to him a lot. We have a nice partnership”. Gordon’s instinct to trust Clare with “his baby” has paid off. She has not only safeguarded her fiery mentor’s precious three Michelin stars, but has been awarded the maximum five AA rosettes and achieved perfect 10 score by The Good Food Guide, the first female chef to do so. In 2014, her excellence and loyalty was rewarded when she was named chef-patron of Restaurant Gordon Ramsay, taking a share of the business in the process.

Despite running London’s most famous restaurant for the past six years, in a time where chefs are increasingly treated like rockstars, you can be forgiven for not having heard of Clare Smyth. Seemingly without ego, Clare has different priorities than appearing on TV cooking shows and book launches, “for me, it’s about being the best I can be professionally. I’ve always been the same since I started cooking. I had to be the fastest person to fillet a fish, to have the best technique. It’s like an athlete; it’s down to a tenth of a second. That’s what’s important to me being a professional chef, and not being a superstar and not really having the skills”. 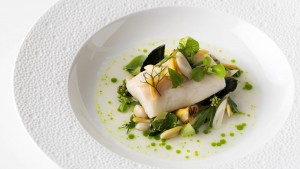 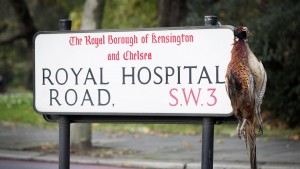 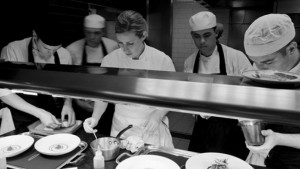 Though in having spent quite some time living in her mentor’s shadow, she is about to take her first steps into the limelight, opening her own central London restaurant in Autumn 2016. She is eager to quell any suggestion that a feud with Gordon is behind the move, “it’s a natural progression. It’s more about ownership for me, but with Gordon’s support and blessing. We won’t be separating massively”. “I think having achieved all those things that my next achievement was to open something myself. I never rest on the successes I made yesterday. Nothing is guaranteed. The moment you take your eye off it you can just slip up”, Clare says.

While by no means banging the drum for equality, Clare has climbed to the top of an industry dominated by men, her ethic, passion and drive overcoming any obstacles that women can face in the kitchen. Almost indirectly, finally having her name above the door will boost Clare’s profile and shine the light more intensely on women chefs in the industry. Proving to next generation of chefs, not least Ruth Lappin who was crowned Euro-Toques Young Chef of the Year 2015, that the only thing you have to “put first” is a belief in yourself.