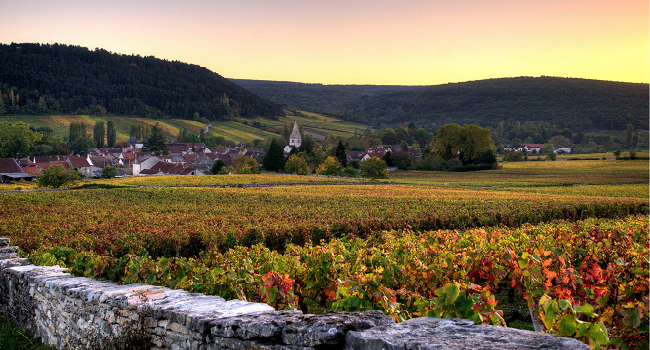 France’s Institut National des Appellations d’Origine (INAO) has approved two new appellation d’origine contrôlées (AOC) for Burgundy: Vézelay and Bourgogne Côte d’Or. The first one is a “Village” and the second one is a new regional appellation.

As reported by The Drinks Business, they were approved by the INAO back in June but the recognition was formalised last 9th of November.

The region of Vézelay has a rich history of winemaking which traces back to the 1st century, during Roman times. It’s a commune located in the Yonne Department and both the town, and the 11th century Romanesque Basilica of St Magdalene, are UNESCO World Heritage Sites. Vézelay ‘s vineyards were devastated in the 19th century due to phylloxera and the region took a long time to come back. In 1985, it was given the status of a generic Bourgogne appellation and since 1998, it was granted the right to label wines as  Bourgogne Vézelay Régionale.

Vézelay is now the 44th Village appellation in Burgundy. The approval was praised as a recognition of the improving quality by local producers.

Bourgogne Côte d’Or now enters the group of regional appellations such as Crémant de Bourgogne, Côte Chalonnaise and Hautes Côtes de Beaune. Regional appellations represent 52% of Burgundy’s production and among them, those who are allowed to name the specific region are acknowledged as a step up from plain Burgundy wines.