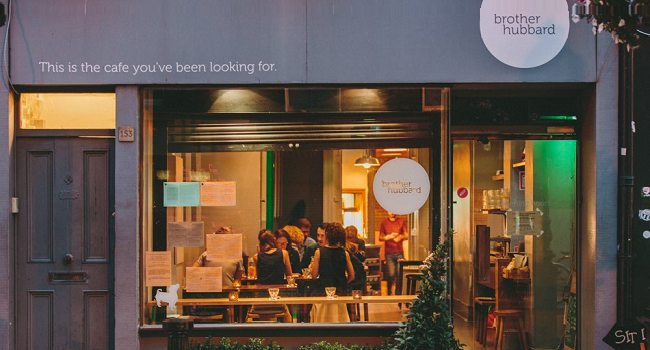 Popular cafe and restaurant Brother Hubbard North on Capel Street is about to experience a major expansion that will see it merging with Mary’s Abbey and the former Gary Rhodes restaurant on the corner.

As reported on the Irish Times, the new business will merge the three venues and the expansion will take place in progressive stages starting early this autumn. The initial stage will see Brother Hubbard North moving to the newly acquired and bigger kitchens, which will translate in the potential for a more complex menu, as well as a part of the sitting area. The rest will be reserved for a “very exciting plan” which hasn’t been revealed yet.

The upgrade gives Brother Hubbard the potential to sit up to 300 diners. They plan to feature an inviting outdoor terrace with plenty of greenery and interiors designed to match their gastronomic concept. Award-wining design practice Designgoat is tasked with creating these spaces.

The company is also hoping to delve further into social enterprising. As part of the launch of the expanded venue, an event organised in collaboration with Amnesty International and “built around Syria” is in the works.

Brother Hubbard opened in 2012 at the height of the recession with the mission to provide “simple, pure, interesting food, made entirely from scratch”, and to share dishes that distinguished themselves from what was out there, aiming to create a menu that was “healthy and full of freshness, providing a feel-good quality without compromising on enjoyment.”