Home » Brosé, Pink Wine, Blush: A Rosé By Any Other Name…

Brosé, Pink Wine, Blush: A Rosé By Any Other Name…

We seem to have an unusual aversion to rosé wines here in Ireland. Only 3% of all the wine we drink is pink, which is some distance off the 10%-11% figure recorded by our neighbours in Britain; even the US is experiencing a boom in the style, with the hashtag “#Brosé” doing its best to undo old perceptions of rosé as being “just a girls’ drink”.

The lack of knowledge about rosé might be a factor. Many believe that it’s just red and white wine mixed together, whereas in fact that’s rarely the case (though I’ve one such rarity below) and in fact it’s illegal to do so in Europe (except Champagne, but that’s another story). Others apparently believe that rosé is just red wine that’s been ‘watered down’. In fact, since red wine gets its colour and flavour from its skins, then the less time the grape juice spends in contact with them then the lighter the colour of the wine. So in theory rosé can be considered a really light red wine … simple really (well, it can get a little technical, but that’s for another day).

Either way, the inference of these popular misconceptions is that rosé is somewhat inferior, which couldn’t be further from the truth: instead of comparing them to reds and whites, rosé needs to be considered a style in itself rather than a pale (or dark) imitation of the others.

So if you’re looking for a nice rosé this Valentine’s Day, look no further than the list below. But before you do, I’ve a huge admission: I’m not such a big fan of rosé myself.

I do appreciate the style, but I don’t instinctively seek it out. If anything though, this should serve as a stronger commendation to the below wines – if they’ve managed to bowl me over, then they’re sure to turn even the most sceptical wine drinker.

And, of course, these would all work great around the world’s annual celebration of love. Happy Valentine’s Day!

First, a pink bubbly: this is a special bottling for importer/retailer JN Wines made by Bouvet-Ladubay of the Loire region in France and made from the often-overlooked Cabernet Franc grape (and I’d really highly recommend their regular white sparkling too).

It has a lovely ripe strawberry-and-cream character, and the palate has a  deliciously creamy mousse also. Thankfully it manages to avoid the cloying sweetness than can befall sparkling rosés at this price point, and indeed it has a slight bitter edge at the finish, which sounds off-putting but is actually great asset to have when it comes to pairing with food: think poached salmon or charcuterie. Though not necessarily unusual, a rosé (or Rosado in Spanish) made from Cabernet Sauvignon is nevertheless not common, at least here in Ireland. Which is a shame really, as the result can be spectacular, such as this one from the Chilean outpost of the famous Torres family of San Valentín fame, above.

Expect blackcurrant, of course, but also some cranberry and redcurrant that only Pacific Cabernet Sauvignon rosés can offer.  It is also somewhat weightier than most rosés that we’re familiar with – so much so you could say it’s not too far off a light red wine. Delicious with cured sausages, meat pies and many pasta dishes … and, remarkably, it’s even perfect with notoriously difficult sweet-and-sour Chinese dishes.

I recommended this rosé before, and I was so impressed I felt it beared repeating, especially given the pink theme for this time of year.

Similar to the Miguel Torres above, this 100% Xinomavro from Greece is more akin to a light red than a rosé, but it dials up the beefy, meatiness more than its Chilean counterpart above.

The Amyndeon appellation in north-western Greece, from which this wine is sourced, is the only Greek PDO for rosé wines. It has smoky, macerated strawberry and raspberry aromas with a balanced medium body. Again it would be great with some charcuterie and even lighter meat dishes such as pork. I’m a long-time fan of the family-owned Masi winery in Italy’s Veneto. They’re most famous for establishing the ‘ripasso’ tradition with Campofiorin as well as their beefy Amarone Costasera.

A couple of years ago they released an innovative rosé made 100% with the native Venetian Refosco grape, produced by semi-drying a portion of these grapes on traditional bamboo racks using the ‘appassimento’ technique. This process helped soften out the often harsh aspects of the Refosco grape and added some ripeness and complexity of the final blend.

It has fresh raspberries and wild cherries over a zippy palate, making it great with food such as antipasti, light pasta dishes, shellfish and seafood. It’s worth mentioning its elaborate rococo label too, perfectly romantic for this time of year. Here’s an unusual one for you. There’s no denying that we’re a nation of New Zealand Sauvignon Blanc lovers, so why not go off-piste a little with a rosé version?

They’re cheating a little here in that it’s actually a blend of 97.5% regular Sauvignon Blanc that’s ‘tinted’ with 2.5% Merlot, but the result is a not-unpleasant strawberry-tinged version of the New Zealand ‘savvie’ that we’ve come to know and love.

So if you or a loved one are a die-hard Marlborough Sauvignon fan, add a twist and a bit of spice to Valentine’s Day this year with this approachable oddity. 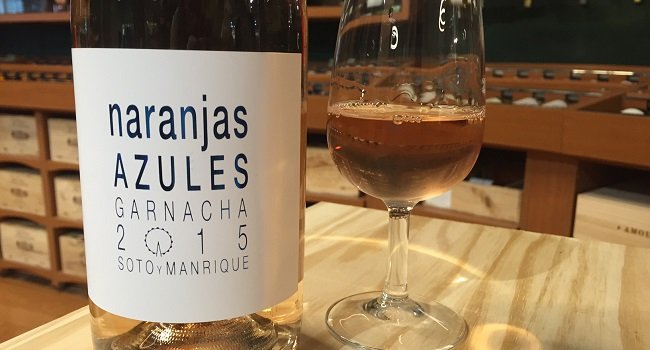 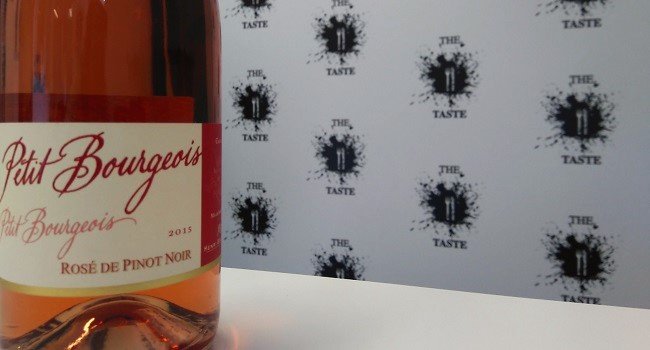 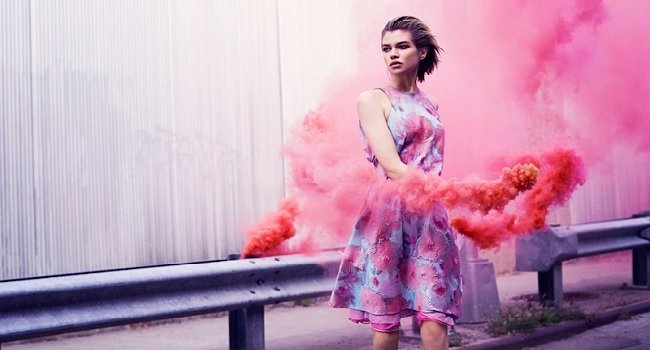 The War of the Rosés: Surrender to Rosé Wines Now