‘Brewing up’ Interest in Irish Food and Drink 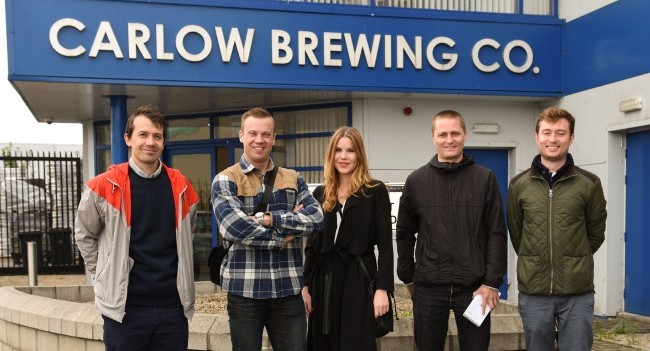 Four Scandinavian journalists have been sampling some of our finest craft beers and culinary delights this week. As guests of Tourism Ireland and Fáilte Ireland, they are here to experience the food and drink on offer in Ireland so they can spread the word to their readers upon their return home.

The visiting journalists write for a variety of publications including popular lifestyle magazines, a broadsheet newspaper and a gastronomy blog which have a combined readership of more than one million readers in Sweden, Norway and Denmark.

In Cork the group visited the English Market and the Franciscan Well Brewery, before moving on to Kinsale, where they met with husband-and-wife team Sam and Maudeline Black, of Blacks of Kinsale. The journalists were really impressed by the local dining scene and enjoyed meals at the Cornstore, the Bulman and Jim Edwards.

They visited the Smithwick’s Experience Kilkenny and the Carlow Brewing Company, where they enjoyed a tour with head brewer Conor Donoghue. They also enjoyed the Guinness Storehouse Connoisseur Experience and a visit to the Irish Whiskey Museum in Dublin.

Aileen Hickey, Tourism Ireland’s manager in the Nordic Region, said: “The island of Ireland is becoming increasingly well-known for the quality of its food and drink, with a reputation for natural products used in both traditional and innovative ways. Food and drink are vital elements of the holiday experience nowadays, with travellers becoming more and more discerning about what they consume and its origins.”

The Nordic region is an important market for tourism to the island of Ireland and 2015 looks set to be a strong year, with the most recent CSO figures showing growth of +16% for the May-July period, more than 10,000 additional visitors from the Nordic countries over the same three-month period in 2014.