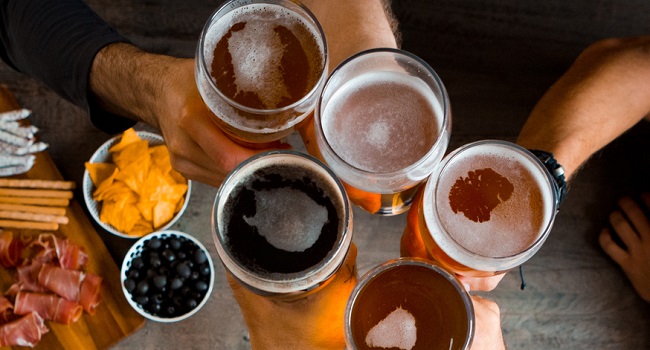 Just a few short years ago when Irish breweries launched it usually was with a pale ale, a red and a stout. Whilst there are some truly exceptional renditions of each of these staple brews, more and more breweries are creating a more diverse portfolio.

And the beer community in Ireland is all the better for it. This juxtaposition of these classic styles with new beer types enables the consumer to access a variety of options for their Friday night pint. I have personally really enjoyed trying these new offerings and look forward to what these brewers will come up with next.

As I predicted in my 2017 craft beer forecast and reiterated in my article this year, creative and new beer styles are dominating the market. In the past few years we have seen the rise of sours, NEIPA’s, barrel-aged brews, to name but a few of these newer beers.

In addition, breweries producing stouts, reds and pale ales have been experimenting with single -hopped versions, barrel-ageing, and additives like lactose or fruit.

The options for sipping craft beer in Ireland are quite exciting and I, for one, love the plethora of options. There are quite a few breweries in Ireland out there making a name for themselves based on their creative beers, and I have chosen a few recent releases and older favourites to try this season. If you are looking for innovative beer or modern twists on classical styles look no further than Rascal’s Brewing Company.

Having created some really fantastic brews in the last several months, Rascal’s currently has Margarita Soured Not Shaken, a gose with lime zest, coriander, and sea salt available on draught throughout Dublin including the Black Sheep.

Additionally, they have brought out some fab IPA’s including the Seven New England IPA available for €3.95 at drinkstore.ie. Whiplash Brewing Company is synonymous with creative beers. Having produced some truly fantastic brews choosing just one beer to recommend for this list was quite difficult.

A good one to try at the minute is the Scaldy Split, an Ice Cream IPA. Ingredients like orange zest, vanilla, lactose and citra hops, marry well together and combine to make this a lovely, complex beer. This one has been around for a while but it is really one of my favourites and demonstrates a creative twist on a style. Heathen from Galway Bay Brewery is a Black Berliner Weisse.

A low ABV beer to drink as the weather gets warmer, the lovely lemon tartness dominates with a bready malt. I really enjoyed drinking Voodoo Logic Imperial Stout from Trouble Brewing on a cold night, so this would be absolutely perfect IMO for those rainy spring days.