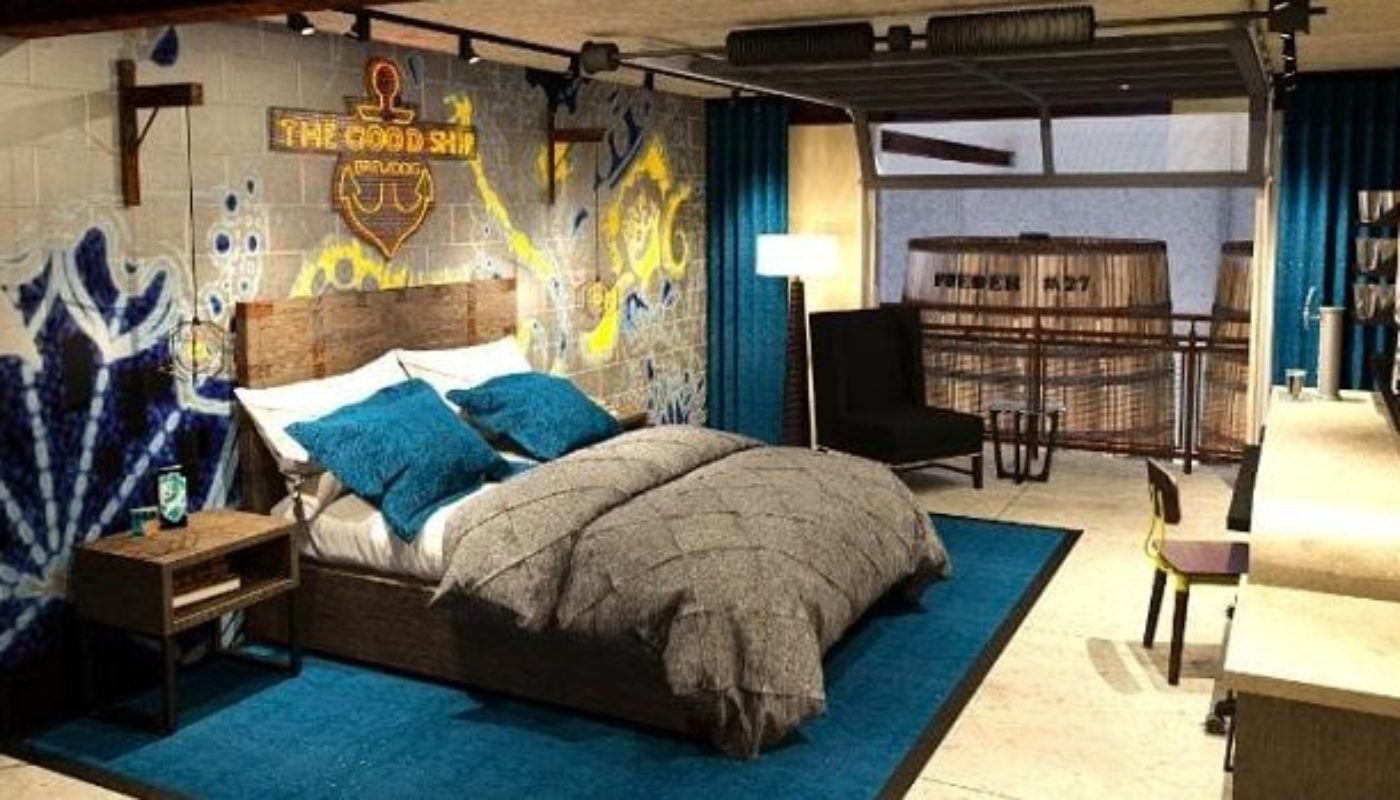 The notorious Scottish craft beer company, BrewDog, has announced an ambitious plan to crowdfund for a new hotel attached to its brewery in Columbus, Ohio, called the DogHouse.

The new resort promises to be a truly immersive beer experience with craft beer mini-bars in each room, plus taps pouring Punk IPA, sour beer fridges in the bathrooms, toiletries made of beer, jacuzzis fashioned out of old beer barrels that can be filled with beer, a spa with beer-themed treatments, like hop-oil pedicures, hop-infused face masks, and malted barley massages, and a restaurant serving food with beer pairings – even at breakfast time, if you can stomach it after the night before.

Despite being valued at more than £300 million, the beer company has asked its fans to help fund the ‘World’s First Crowdfunded Craft Beer Hotel’ on Indiegogo. Those who support will be rewarded with extra special perks if they back the campaign including a 5% discount in all BrewDog bars, all around the world, free brewery tours, and an invite (and a plus one) to the BrewDog USA AGM; the “soon-to-be-legendary beer, music and food festival, exclusively for shareholders.”

The brewery itself is already built and operational, and the company owns the site of the proposed DogHouse. BrewDog are looking to crowddfund $6 million to complete the ambitious project.

The campaign notes however: “Provided we hit at least our minimum raise on Indiegogo, we have the balance of funds required in the profitability of the business to launch as per our timeline.” Having already hit that minimum balance in the first couple of days we can expect the worlds first beer themed hotel very soon.