Breaking Bread: Why You Can Have Your Bread and Eat it Too 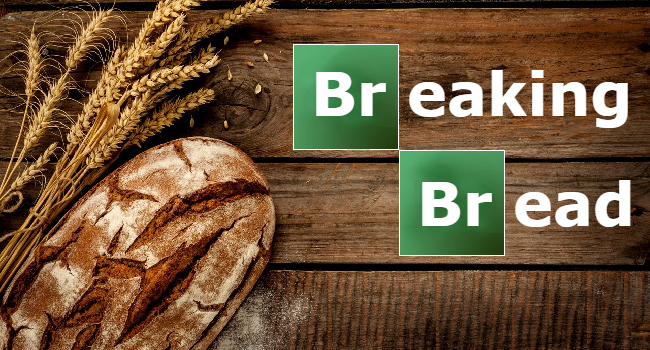 Once a staple in the Irish diet, over the past few years bread has received its fair share of criticism. The humble loaf has been ditched by celebs, demonised by Paleo dieters, and denounced for a myriad of health issues, blame that is often unwarranted and not based on scientific facts.

But bread is back, and undergoing a renaissance. Traditional varieties and methods have been revived, ‘artisinal toast’ was one of top food trends of 2016, and Irish rowers Gary and Paul O’Donovan insist their mother’s brown bread was integral to them scooping silver at the Rio Games.

What’s more, our love of bread has recently been given a scientific backing with the discovery of a ‘sixth taste’ associated with carbohydrate-rich foods, finally explaining our carb cravings.

Bread lovers across the nation have an excuse to indulge these cravings this National Bread Week, October 9th to 15th, a week long celebration Ireland’s traditional breads; their versatility, unique heritage, great value, and the role they can play in a healthy balanced diet.

To break the bread myths, we spoke to National Bread Week ambassadors Dr Ciara Kelly, GP, Broadcaster and Award Winning Columnist, and Dr Mary McCreery, Consultant Clinical Nutritionist and Dietitian at the Blackrock Clinic. about why, be it wheaten, soda, batch, potato or braid bread, you should love your loaf. 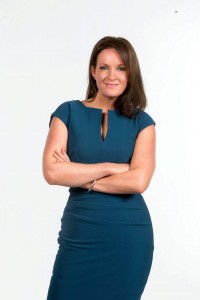 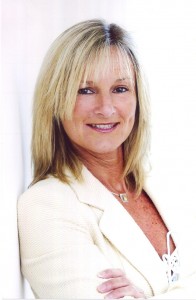 Why do you think bread has been given a bad rap in recent years?

– Ciara Kelly (CK): I think there is a lot of fashion around food and things are in or things are out. Fat used to be the enemy; now it’s sugar – protein is king etc. Bread and carbs became, if anything, unfashionable a few years ago – for no real good reason. They are important parts of a balanced diet and they are fuel – they give energy!

What are the health benefits of bread?

– CK: It’s a carbohydrate and is a naturally low fat, low sugar food. Bread helps fill you up while providing good nutrition and also keeps hunger at bay and will help avoid snacking.
– Mary McCreery (MMcC): Bread also provides protein, calcium, iron, folic acid, vitamins B1, B2 and Niacin (vitamin B3) as well as fibre.

We are often advised to avoid white bread; can it ever be a healthy option?

– CK: For some people who have GI conditions, for example, where a low fibre diet is indicated then white bread is preferable.
– MMcC: White bread is a very healthy food providing energy, carbohydrate, vitamins and minerals and some fibre. The only difference in the different types of bread is usually the fibre content and we are not dependant on bread alone for fibre.
There is absolutely no scientific evidence that white bread causes damage to the body and as it is low fat and low sugar with protein, iron, calcium and fibre it actually is a healthy food. The myth that bread is bad for you is not supported by Registered Dietitians/Nutritionists. While there are health benefits to be had, are there processed breads out there that we should avoid?

– MMcC: No. All food is processed to one degree or another. For example, you can’t eat wheat in its raw state and some foods need to be cooked for the nutrients to be available to humans. Bread is usually made from wheat-flour dough that is cultured with yeast, allowed to rise, and finally baked in an oven. Different methods can increase or decrease the time necessary for the bread to rise but this does not alter the nutritional value of the bread, and all types of bread are healthy and nourishing.

Breads made from a wealth of ‘ancient grains’ have entered the market. Aside from flavour, how are these breads different?

– MMcC: Bread is also made from the flour of other wheat species (including durum, spelt and emmer), rye, barley, maize (corn), and oats, usually, but not always, in combination with wheat flour. Rye bread uses rye grain and spelt bread comes from spelt wheat which has a slightly sweeter and nuttier flavour. Sourdough bread uses bacteria rather than yeast to leaven the bread. It usually has a mildly sour taste because of the lactic acid produced by the lactobacilli. The difference is really in the fermentation time.

Bread is often labelled “wholemeal”, “whole wheat”, “wholegrain”, “multi-seed” or “stoneground”. What terms should we look out for, and what terms are just marketing jargon?

– MMcC: Whole-wheat, wholemeal or wholegrain breads are all basically the same and are made from whole-wheat flour. All breads can have added ingredients like seeds, nuts or wheat germ. The term “stoneground” refers to the way that manufacturers grind wheat kernels to create flour. The different terms are used just to describe the preparation and the source of the flour. There are also supposed extra health benefits to be had from freshly milled and sprouted flours. What is your opinion on these?

– MMcC: Sprouted bread is a type of bread made from whole grains that have been allowed to sprout, that is, to germinate. These are breads that contain the whole grain (or kernel, or berry) of various seeds after they have been sprouted. Grains and legumes such as millet, barley, oat, lentil and soy may be used. There are a few different types of sprouted grain bread. Some are made with added flour; some are made with added gluten. Wholegrains are a very important part of the diet and are to be highly recommended.

Are fermented or naturally yeasted breads like sourdough a healthier option?

Are the many “gluten free” bread options available now as healthy as they seem?

– CK: Gluten free breads are very important for Coeliacs obviously. Other people who do not have a diagnosed intolerance should avoid them.

Are there advantages to buying bread in a bakery rather than a supermarket?

– MMcC: All bakeries will have their own favourite recipes to produce delicious bread and different occasions will require the use of all types of bread. For most households it is not practical to have to go to the bakery every day and sliced pan is more suitable for school lunches and sandwiches and many children prefer the plainer breads. Sliced Pan will also have a longer shelf life and is an inexpensive nutrient rich food.

Do you have a favourite type of bread, and what is your favourite way to enjoy it?

– CK: I like plain old fashioned wholegrain sliced pan for a sambo but I’m also partial to an occasional slice of white batch toast – heaven!
– MMcC: I love white bread in every form but especially fresh white sliced pan in a sandwich.