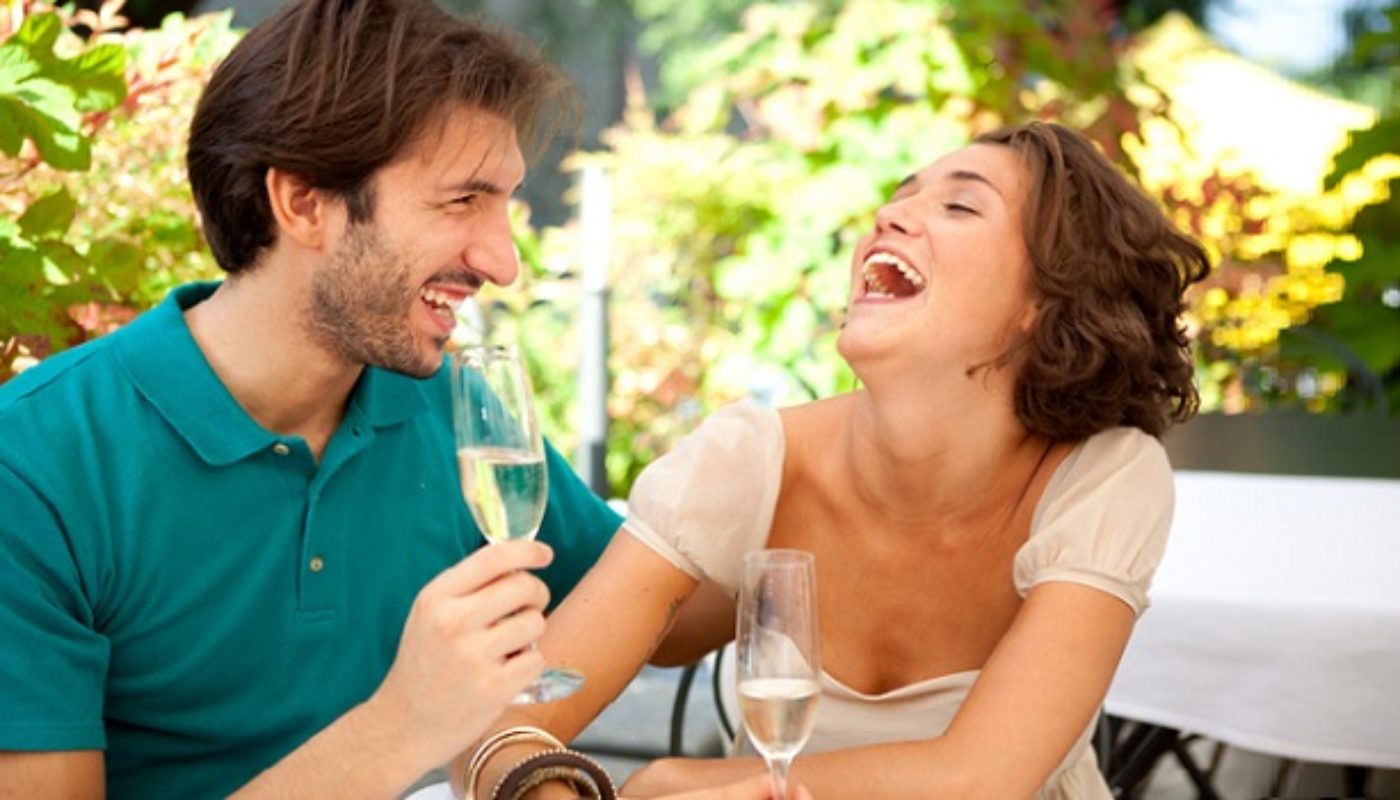 Prosecco has become a bit of a pop culture phenomenon. It has joined other favourites such as chocolate, coffee and strawberries ‘n’ cream not just as ice cream flavours but as spa treatments; its fizzy face graces tote bags and its peachy aroma emanates from scented candles. So popular it is that the phrase “we’ve reached peak Prosecco” has been muttered, however, the best is yet to come.

No, I am not saying the world needs more “Prosecco Made Me Do It” T-Shirts or gimmicky props (although, come Christmas time, we can probably make an exception for Prosecco crackers or a bubbly advent calendar), but if a redeemable feature can be rescued from the more kitschy side of the Prosecco-craze is that is has contributed to democratise sparkling wine.

Any avocado-on-toast-munching millennial will tell you that it’s nice to treat yourself to an affordable luxury regardless of your house ownership goals, but that’s not new; according to a theory called “the lipstick effect”, when financial conditions are tough, consumers will refrain from extravagant purchases but might indulge in premium yet smaller goods. The name is a nod to the fact that makeup sales were the only ones growing in the US after the Great Depression.

Think of all the little day-to-day luxuries that have become a staple of our zeitgeist: exotic craft beers, barista-grade coffee, brunch and of course, Prosecco. We all might love Champagne but truth is, for what an entry level bottle of it costs, we can get very good Prosecco and all the ingredients we need to cook a lovely dinner for two.

Not All Proseccos Are Equal

That said, there are crucial differences that do justify the difference in the bill. Sparkling wine 101: Champagne (as well as Cava, Cremant and other premium sparkling wines) is made through the time consuming and costly Traditional Method, while Prosecco producers resort to the faster and less expensive Charmat Method (you can read more about the differences between them here, but story short is, Champagne’s way involves a second fermentation of the wine in the bottle, compared to Prosecco’s second fermentation which takes place in large stainless steel tanks).

But despite a common process, not all Proseccos are the same and what some might lack in complexity compared to sparkling wines matured for longer, they compensate in freshness, purity of flavours and balance. It’s important to note that there are two main types of Prosecco: Frizzante, which is lightly fizzy and therefore can be closed with a screw-cap, and Spumante, which is fully fizzy and has a mushroom cork (there is a third type known as “tranquillo” which is still, but it’s more of an obscure wine outside the Veneto, the Italian region from which Prosecco comes from).

Besides that, certain areas are recognised for the superior quality of their Prosecco. Just to put things in perspective, there are about 12,600 hectares of Prosecco production in the north of Italy, distributed between five provinces in the Veneto and four in the region of Friuli-Venezia-Giulia (size-wise, this is slightly over a third of Champagne’s vineyard area). From these, Prosecco DOC is the basic denomination, and on top of that you’ll find Prosecco Superiore DOCG, which comes from more selected regions with a combination of factors such as higher altitude or more exposure to sunlight, which contributes to riper, more flavourful grapes (by the way, Prosecco’s main, and often only grape variety is Glera, which should make up at least 85% of your fizz). At the top of the pyramid, the regions of Cartizze and Rive are deemed as the higher end, with fruit coming from the highest and steepest slopes.

Such is the growing popularity of Prosecco that even Spain’s most famous Cava producer, Freixenet, launched its own. And of course, similar sparkling wines from other countries have started to become more common; Brazil and Australia are two examples of producers of sparkling wines from Glera (although Aussie producers have encountered understandable controversy from Italians regarding their use of the term Prosecco).

La Strada del Prosecco or, in English, The Prosecco Road, is a stretch connecting Conegliano and Valdobbiadene that features 175 wineries along the way. Hikers, cyclists and drivers share the path to discover the off the beaten track destination that we can only predict won’t be a hidden gem for much longer (for more information about enjoying a escape to Proseccoland, read our wine travel suggestions).

But if you can’t squeeze a visit to Veneto ASAP, the good news is, you can find excellent Prosecco without a boarding pass. We spoke with Bettina Rabbitte from specialist shop Little Italy, Ireland’s first Italian Gourmet Shop and she pointed out that “Prosecco is the perfect tipple for the summer, to enjoy at a barbecue or as an aperitivo.” But while holding a glass of bubbly accompanied only by sunshine and friends is already a pleasure, she adds that there are foods that actually pair really well with Prosecco, such as soft creamy cheeses like Mozzarella and Burrata. Other good matches for the fizz include Parma ham and, for the drier styles (brut), creamy seafood risotto or pasta, or grilled vegetables. The extra dry and dry styles, might provide a fruity and refreshing balance to spicy dishes or a pleasant friend for pastries or fruit based desserts.

And mixing things up is also allowed, as many classic drinks involve the simple combination of Prosecco and another ingredient. Bettina points out as examples “the famous Bellini cocktail, which is made with white peach puree and Prosecco, and the Rossini cocktail with strawberry puree and Prosecco.” Another Italian-inspired way of enjoying it she recommends, is to mix it with other liquors such as Fragolino (strawberry liqueur).

Regarding which Prosecco to choose, she explains that in Little Italy, they have chosen to represent Mionetto Prosecco, one of Italy’s leading brands and a very prestigious producer with a diverse range. “We have a wide selection to choose from such as the traditional Spago Frizzante with the string around the cork, Spumante and Gran Rosé”, she adds. Founded in 1887 and named after master wine-maker Francesco Mionetto, it’s also one of the oldest houses. Its multi award winning Proseccos are a benchmark example of the different styles.

With a growing thirst for Prosecco (sales are expected to keep growing at a faster pace that any other sparkling wine), it’s far from peaking yet and in fact, with producers making efforts to strengthen the brand and to protect quality, the potential is bottomless. The fruit comes from the region of Treviso. The wine’s vibrant fizziness and balanced sweetness makes for a very approachable taste, ideal on its own or as the base of fine bubbly drinks. This modern bottle contains an equally contemporary bubbly. A moderate amount of residual sugar translates in a subtly sweet palate and a versatile flavour profile.

Expect white peach, apricots, orange blossoms and citrus fruits both in the nose and the palate. It is part of Mionetto’s Avant Garde Collection, which merges the winery’s tradition with modernity. On the palate, you’ll welcome a fresh, peachy note along with the cheerful parade of red fruit.

Its persistent bubbles and fruity character are ideal as an aperitif. 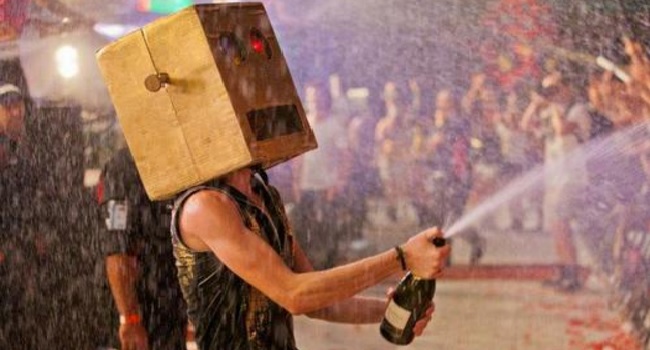 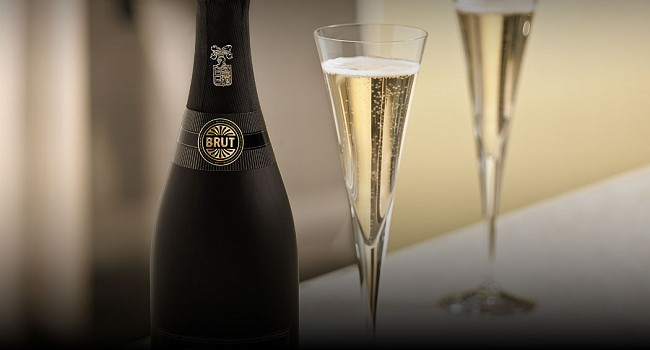 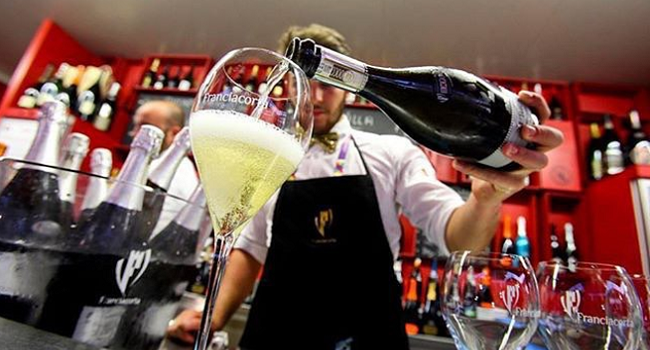