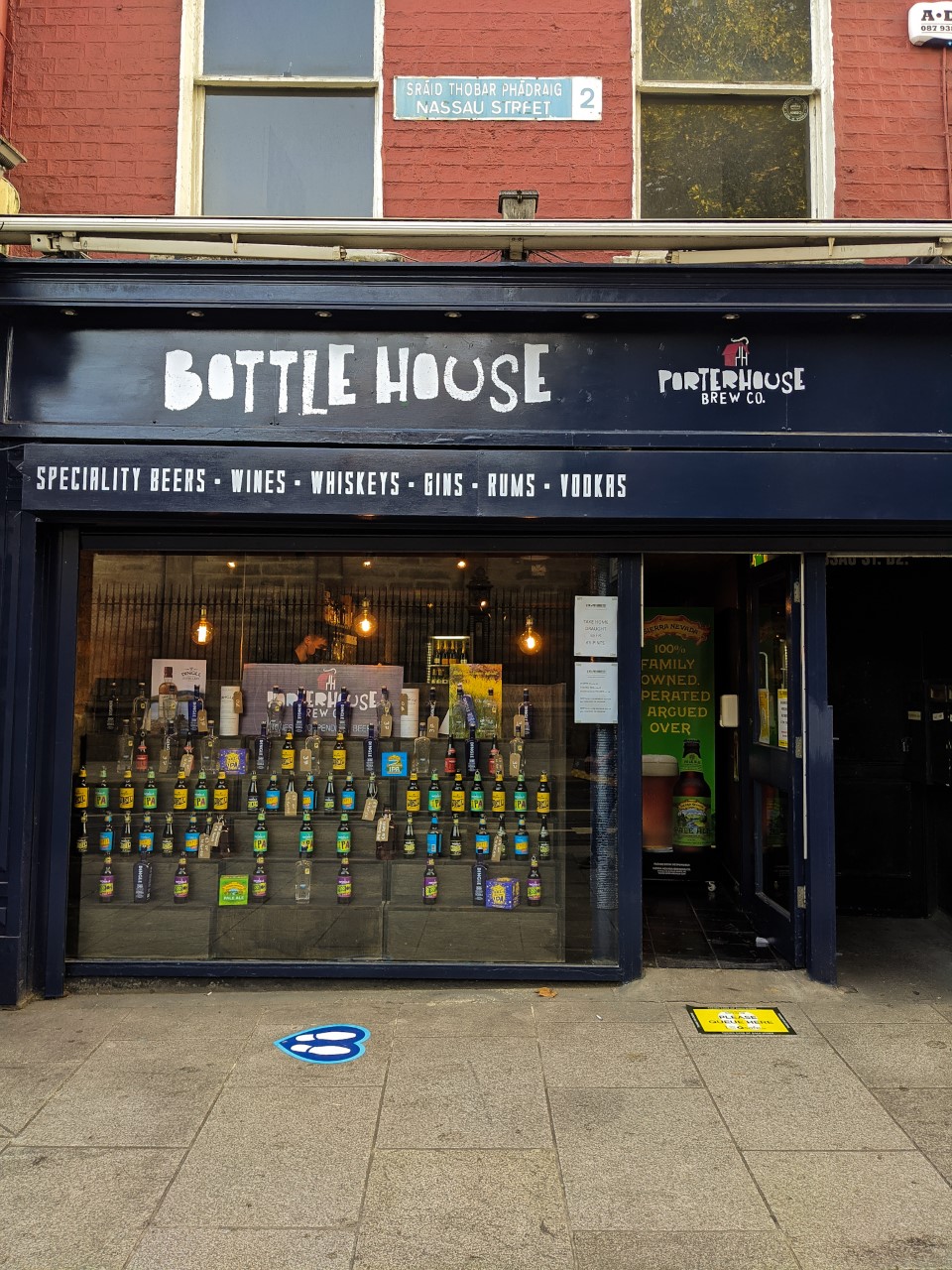 A new off license has opened its doors in Dublin 2 on the back of the latest lockdown in the City.

With information leaking early last week that Dublin was set to be put into Level 3 of the new road map, Director of Porterhouse Nassau Street, Dave Morrissey decided to act quickly and turn a section of the front of the premises into a craft beer and premium local spirits off license.

The The Bottle House was the idea of hospitality veteran Dave Morrissey and Elliot Hughes and within 72 hours the venue was transformed.

Doug Leddin Marketing Manager for Porterhouse Brew Co said “It’s been an incredibly difficult week for hospitality but the team at Porterhouse aren’t the type to lie down and stop. Dave has worked tirelessly to ensure that if Dublin was to be locked down again that we would have an opportunity to generate revenue, support local suppliers and most importantly keep stay employed. We opened our doors on Saturday the 19th of September and plan to open 7 days a week from 2pm – 10pm. Selling local craft beers, premium local spirits and amazing selection of wines from our local suppliers.”

The Bottle House is based out of 46 Nassau Street Dublin 2 and is already proven to be a great hit with the local community and offices in the area.

We hope to be busy enough to keep some of our staff employed, our suppliers busy and our loyal customers happy says Mr Morrissey.

Leddin says “We would really appreciate your support if you’re in the area, we have no doubt you will love our local selection “

Tags: The Bottle House Off License