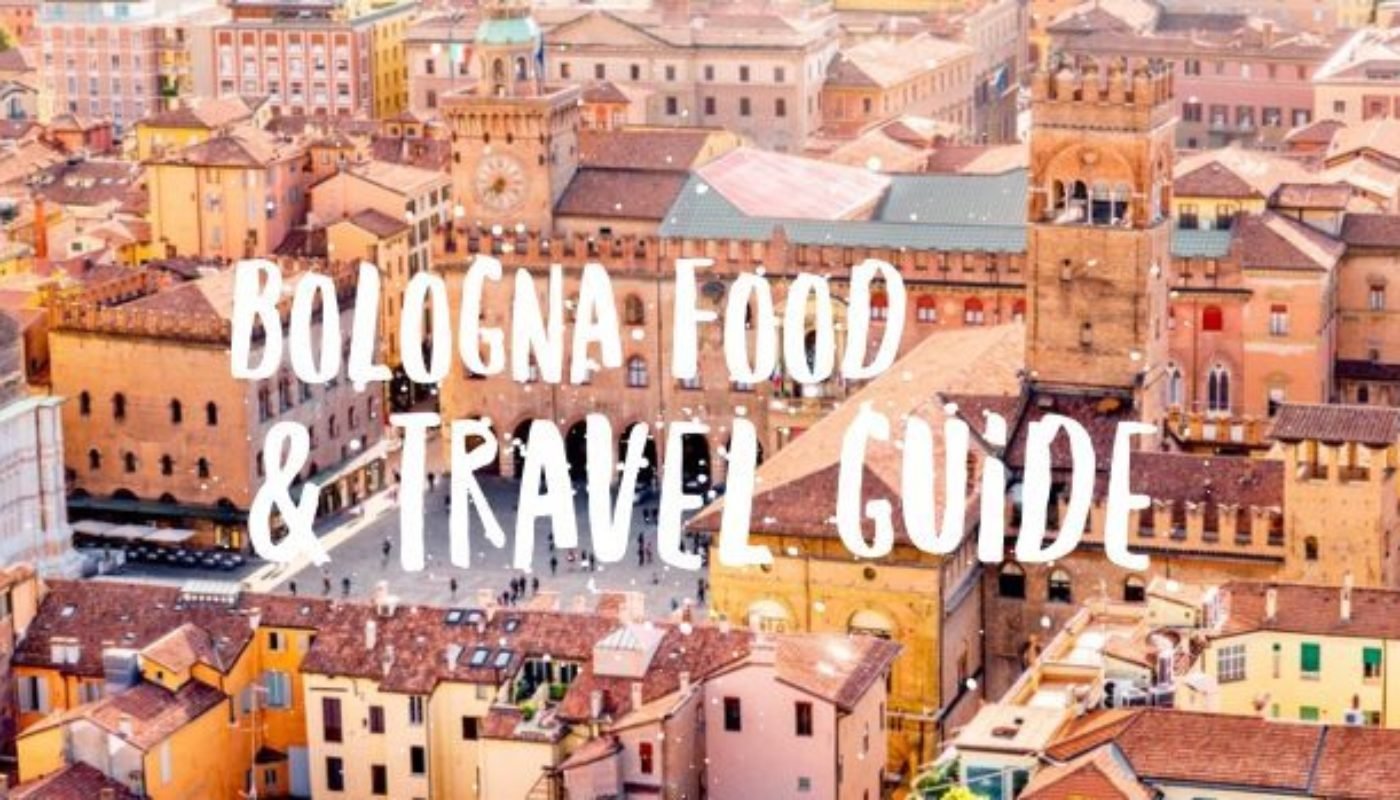 A Taste of Italy – A Food and Travel Guide to Bologna

While most visitors to Italy usually flock to Rome or Venice, a recent trip to Emilia Romagna made me realise that if you’re after the best food Italy has to offer, then the charming city of Bologna needs to be your first stop.

Famed as being the birthplace of Spaghetti Bolognaise, despite locals vehemently arguing that no such dish exists, Bologna is also home to many other famous dishes we’ve come to love both in Ireland and around the world.

While spending a long weekend here will no doubt involve some sightseeing, be it ascending the famous Bologna Towers, searching for the city’s “hidden window” or exploring the beautiful Piazza Maggiore, in reality most of your time in Bologna will involve eating, drinking and planning your next meal!

The food focus is so strong in this magical city, that many tours now involve food in some shape or form. Be it signing up to the newly-launched Gelato Tour, which takes ice-cream connoisseurs to all the best Gelaterias around the city, taking a day trip to a Parmigiano Reggiano producer to see Italy’s most famous cheese made from scratch or doing a mouth-watering tasting of Modena Balsamic Vinegar, there’s tours for all taste buds!

The best part of every day for me and my friends was sitting down together in our gorgeous apartment overlooking Piazza Maggiore, and working out where we were going to go for dinner that night.

The best tip we received all week was from two fellow food-loving travel bloggers, who informed us that the best way to find truly local restaurants frequented and loved by Italians was to look up 5 star Google reviews in Italian! That way you’re not just reading reviews by tourists, but by Italian travellers visiting the city or locals who live nearby.

This technique led to two of the best meals we ate in Bologna. Meals eaten in small, hidden tavernas where we appeared to be the only tourists and most definitely the only patrons unable to read the roughly scrawled blackboard menu, in Italian, updated daily by the chef!

In one instance, the taverna was so hidden we were unsure if we had come to the right place. As we descended down a short staircase underground, we walked into a lowly-lit room bursting with conversation, flickering candles and the sweet, sweet smell of freshly made Tortellino!

The menu was given to us verbally, by a patient waitress with limited English, who said we could pick from three different pastas made by the chef, or simply order one large dish to be served in a family-sized sharing bowl in the centre of the table. Accompanied by a local bottle of vino, freshly baked bread, which as always we took pleasure in drowning in Balsamic vinegar and olive oil, and we were all set for a memorable evening. While many of the best restaurants were underground, the best pizza in Bologna seemed to come from the small hole-in-the-wall pizzerias that dotted the main streets of the city. The type of joints you would most definitely walk straight past if you were in Dublin or even New York City, thinking they looked “too cheap” to be any good.

In Bologna, this is where you’ll find the most delectable pizza you’ve ever had the pleasure to taste. Covered in buffalo mozzarella so fresh you’ll think you’re eating pizza on a farm, all the while you’re munching a perfectly formed slice on a small wooden bench, shared with two strangers, while sipping a can of local beer. Not your typical gourmet feast!

For one of the cheapest pizza slices in the city, head to Pizz Artist on Via Marsala. No foodie trip to Bologna would be complete without eating a plate or two of Tagliatelle Al Ragu, the dish the rest of the world knows as Spaghetti Bolognaise.

The difference being that pasta here is made fresh daily, the meat is of a much higher quality, and they don’t drown the pasta in sauce the same way we’re accustomed to. It’s the dish in its purest form, and your taste buds will thank you, and me, when you order it. My favourite restaurant in Bologna to try this speciality was Osteria dell’Orsa restaurant, located on Via Mentana. Each afternoon, to fight the heat of the scorching hot Italian sun, you must treat yourself to a gelato! One of the best known Gelaterias in the city is La Sorbetteria Castiglione, my personal favourite and host to an incredibly long choice of gelato flavours!

A scoop of blueberry combined with a scoop of strawberry will have you coming back for more. Another favourite was La Torinese 1888, which is also quite famous in Bologna and well worth the search to find it! If an afternoon ice-cream isn’t enough to keep you going until dinner, then you can join in the local tradition of an evening apertivo – a tradition I wish we could bring back to Ireland! It involves groups of friends meeting up in the early evening, usually from 5pm until 7pm, for a light drink such as wine or Aperol Spritz, which is served with complimentary snacks.

The snacks continue being brought to your table for as long as you keep ordering drinks! Think mini ham and cheese baguettes, bowls of olives, breadsticks, mini pastries, deep fried cheese and a whole range of other delicious snacks.

Many of the bars on Piazza Maggiore are a great place to savour this tradition, as are the restaurants on the many streets leading away from the square, which really come alive after 5pm. When I wasn’t eating my way around the city, which felt like most of my time, I adored getting lost on the colourful streets of the old town, especially after sunset, when the city had this golden glow.

All the city’s ancient porticoes, the famous arches that stretch for over 40km and cover most footpaths throughout the city, make for some romantic night strolls.

To appreciate Bologna in all its roofed glory, it’s best viewed from above, either from the top of one of Bologna’s famous twin towers or from gorgeous San Luca, a monastery on a nearby hill overlooking the city.

If you have a day to spare and want to explore the region beyond Bologna, a day trip to the picturesque village of Brisighella would be my number one pick.

The village looks like it was plucked straight from a fairytale, complete with cobblestone streets, hanging baskets, a clock tower and fortress on two connecting hills overlooking the village and pastel painting buildings that make it one of the prettiest places I’ve ever visited.

Less than an hour from Bologna, and easily accessible by train, it’s the perfect city escape and there’s some charming cafes with panoramic views that allow you to eat al fresco – because what good would a day trip be without the incentive of more good food?!

Less than a 3 hour Ryanair flight from Dublin, Bologna is the perfect place for a late summer escape. Janet Newenham is an award-winning travel writer from Cork, Ireland.

Now fully nomadic, she runs her two travel sites JournalistOnTheRun.com and YourIrishAdventure.com while travelling the world.