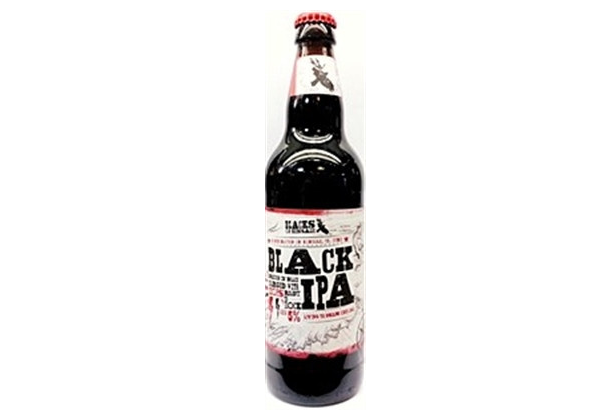 Complex hoppy fruity flavors and aromas mixed with roast bitter chocolate and coffee tones. Low carbonation for a smooth stout like finish. Dressed in black, the IPA by Blacks Brewery is charged with hops and ready to rock.

“​Sam and Maudeline Black are a husband and wife team who started their brewing company Kinsale Craft Brewery in 2013. This venture/obsession first began many years ago when Maudeline gave Sam a beer making kit for Valentines Day. What started as a hobby quickly developed into an obsession and thus through Sam’s passion and enthusiasm Kinsale Craft Brewery became reality. Living the dream since 2013! We want to escape the mundane of the mass market by producing beers with passion, personality and lots of hops!” Read More