Black’s Distillery in Kinsale Launches Innovative Rum Made in Ireland 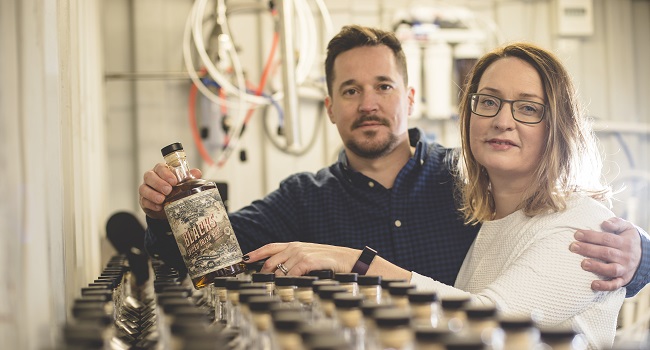 Irish whiskey and gin make frequent headlines but when was the last time you heard about an Irish rum? The sugar cane spirit, often made in more tropical latitudes is quite popular in Irish bars and thanks to the innovative drinksmiths at Black’s Distillery in Kinsale in Co. Cork now you can enjoy it with an Irish accent as they’ve just launched a new Irish Rum.

The product is distilled and matured in Ireland. Co-founder of Black’s Distillery Maudeline Black explained that they source molasses from Guatemala to use as raw material, but the rum itself is made from scratch in their distillery in Cork, where they also make an Irish gin and a range of popular craft beers. 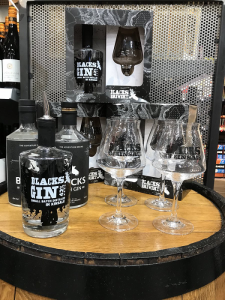 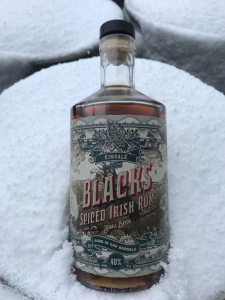 Making rum has its challenges and it took them extensive research to develop a product they were proud of. Blacks Spiced Rum is a small-batch, limited edition creation. It has an ABV of 40% and it’s presented in a 70 cl bottle. It’s priced at €60 and it’s going to be available from the third week of March in selected off licences.

Blacks Co-founder Sam Black said: “We are delighted to be launching Ireland’s first ever home distilled rum after several years of hard work, since getting the distillery started in 2015. We hope Irish rum will become a new trend and help boost the international profile of the brand.”

He added: “We have been lucky to be at the forefront of both the rise of craft beer and craft gin over the past few years. And now we think it’s time for rum to have its time in the spot light “

Plans for a vodka and a whiskey will continue to expand the portfolio of this Irish Distillery in the near future.