Belfast Food Tour the Perfect Way to Start off #EnjoyNI16 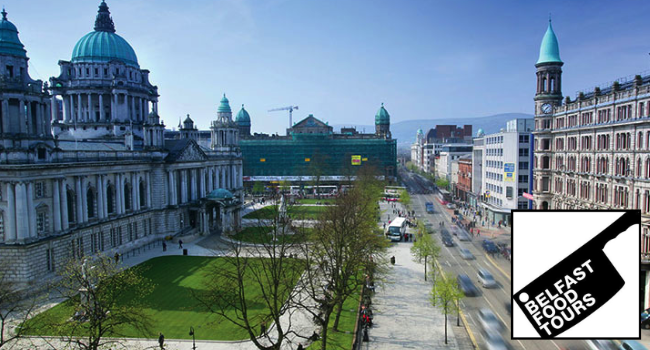 Last week we had the privilege of being invited up to the Launch of Northern Irelands Year of Food & Drink, it 2016 promises to be a year to remember with over 360 events planned which will showcase the best of producers, restaurants, hotels and lots more. The launch night happened in the famous Ulster Hall to a packed crowd of NI food stars, politicians and media.

The day after the launch of #EnjoyNI16 we had arranged to go on the Belfast Food Tour which is ran by local foodie Caroline Wilson, a former solicitor who has now found her true calling in life. The normal tour takes in over 20 food and drink attractions however as we had to get back to the office, Caroline designed a half day tour for our group. We were greeted in the hotel reception, a small group of 12, made up of writers from online, print publications and the legendary news reader Ann Doyle. We had been told to wear comfortable footwear and to wrap up but nothing about the culinary destinations we would be visiting.

Our first stop was Sawers, established in 1897, is one of Northern Ireland’s oldest food markets, we would compare it to Fallon & Bryne, but with a lot of old world charm and you feel you have discovered a new treat around each corner of this Aladdin’s cave of culinary delights. Despite having been in Belfast six times last year, we failed to find this store previously, which is a perfect reason why people should book in on this tour.

One of the best parts of the tour, is the people you meet and Sawers proprietor, Kieran Sloan, is a perfect example of this, his passion for his store is infectious and made us roam around to buy seafood, cheese, charcuterie, Italian pastries and more. We will definitely return to this store everytime we visit Belfast. 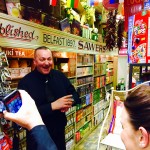 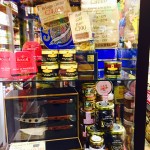 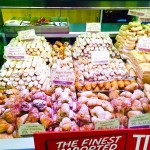 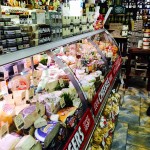 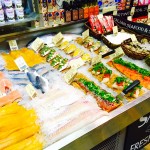 With Sawers done, we were onto Mourne Seafood for breakfast, normally we wouldn’t associate seafood with breakfast unless it was some smoked salmon, however we were greeted with a bowl of chowder, with the temperature outside being extremely cold, the charming owner Bob McCoubrey told us how the restaurant came about and about his passion for seafood never being more than 2 days old in his restaurants, we forgot it was breakfast time and tucked into the creamy chowder. Was it good? Well all of the bowls were empty leaving. Next up was Co Couture or Chocolate heaven as it will always been known to us from now on. Ran by Deirdre McCanny, this cute chocolate boutique, is just metres from Belfast’s City Hall. Co Couture has won a total of five prestigious national awards since its inception.

The store was inspired by her trips to New York, as she fell in love with Michel Cluizel’s shop in Manhattan and became a chocolate purist. We finally got to taste a hot chocolate with a small brownie and we feel Ann Doyle put it best “the chocolate is absolutely divine“. 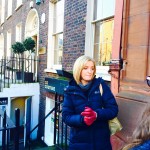 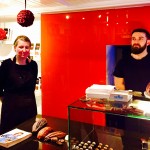 As we were on a specially designed half day tour, we didn’t have time to stop in The Merchant Hotel, just enough time for a quick tour to take in the stunning opulence of the rich architecture, this is a place we will return for our next Afternoon Tea or Culinary Escape review. The Merchant Hotel has been honoured with over 100 accolades including, AA Hotel of the Year and Tales of The Cocktail’s World’s Best Cocktail Bar. Just a short walk from The Merchant Hotel, we found The Harp Bar, situated alongside the hugely famous Duke of York. The pub is decorated in plush red velvet fabrics with cabinets featuring rare Belfast whiskey and memorabilia inspired by the buildings origins as a bonded warehouse – the headquarters of The Old Bushmills Distillery Company. 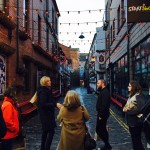 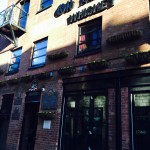 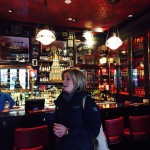 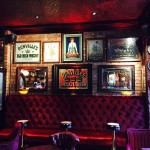 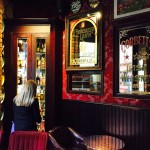 With the walking over, our final stop would be for a group lunch in COPPI, set in the chic Cathedral Quarter, we were about to be spoiled with Seafood Crostini, Chilli, Lemon & Olive Oil, followed by Duck Ravioli Fritti, Truffled Porcini Aioli & Chives and finally their signature COPPI Florentine. The restaurant has a rustic, stripped back feel but the food is packed with flavour.

We were also treated to a Shortcross Gin Tasting class, where Phil Erwine showed the difference between drink it neat, with orange and with Fever-tree tonic. As we left to catch a taxi back to the hotel, we were amazed at how much Caroline had pack into 2and a half hours but really wished we had more time to do the full tour. This is a great way of discovering the best of what Belfast has to offer, meet with passionate locals, taste delicious food & drink and at £45 per person is great value. To book this tour or to find out more information click Belfast Food Tour.

This is a Taste Tour we highly recommend.