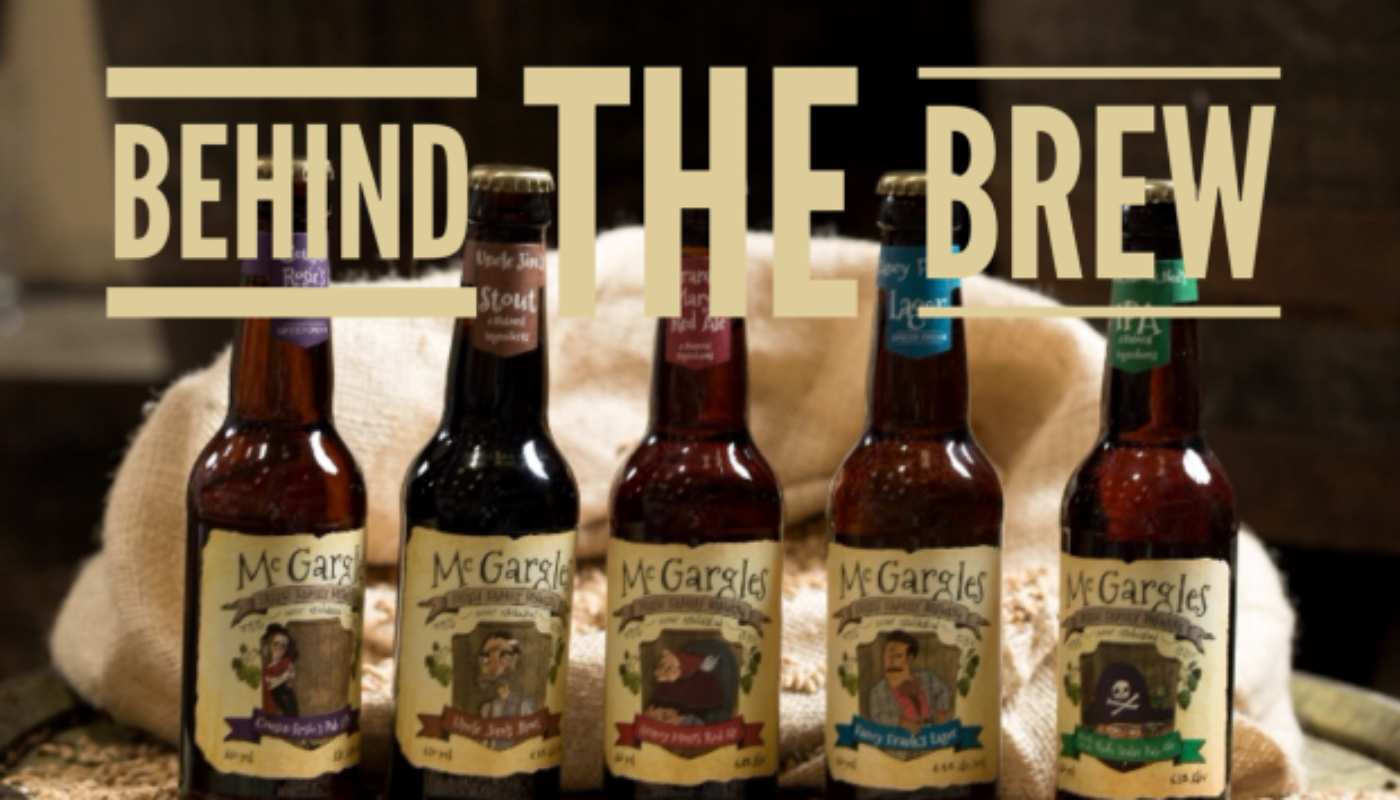 The continued rise of craft beer around Ireland is as plain as day to see. With dozens of microbreweries springing up every year and the more successful going on to break suds on foreign shores, it’s an exciting time for Ireland on the world craft beer stage. Evidence of this waas in abundance at this years Alltech Craft Beer & Food Fair held in Dublin’s Convention Centre, where brewers and beer-lovers the country over convened to delight their taste buds, educate their palettes and have some proper banter with their peers and contemporaries.

With Rye River Brewing Company (the folks behind the McGargles range) taking first place in the Brewers Cup on the Friday night, we caught up with Alex Lawes – Head Brewer to chat about taking home the top prize on the night. Can you give a brief background on yourself and your experience with craft beer to date?

Sure, thanks for taking such an interest! I started working at a brewery in Dublin straight after leaving school at 18 and have been in the industry ever since. Back then there wasn’t much choice in terms of what beers you could buy but I knew of all these styles that I wanted to taste. So I got into homebrewing as a way of tasting the beers I’d heard about and making myself more knowledgeable about my own work too. The bug bit me, I started to think seriously about becoming a brewer, and then by 26 I was the Head Brewer of a decent size modern craft brewery on my doorstep. I’m 11 months into the job, we’re going strong and I’m loving life. Beer’s a pretty cool thing to work at.

What is your role as part of the Rye River team and what does it mean for you day to day?

My title is Head Brewer which just means I’m responsible for the beers and our team. I work between the brewery floor and in the office tweaking our recipes, sourcing our materials, planning our yeast and production runs and making sure my team are happy and growing as brewers. Days are generally 12-16hrs and I’m here 7 days a week, but I try get out for a jar on a Saturday when I can. The beer doesn’t know what day or time it is so I check in every day. My main thing is constantly improving the quality of our beer and tweaking everything from our water to our yeast pitching rates and hop additions or grist percentages.

You guys took home a lot of medals this year, what were the expectations going into the competition?

A lot of the time we don’t know when we’ve been entered! Our bosses enter our beers without telling us because we’re really busy brewing. This time around it was the Dublin Beer Cup but we were completely focused on re-installing our brewery in our new building that day and weren’t even sure if we could make it to the festival. That afternoon I got a call from my boss who was down there and said the organisers had walked over and gave us half a dozen medals. He said to drop what we were at and come down to celebrate. When we arrived the organisers got on the mic and said we won the cup! Fairly shocked to be honest. There was some great beers in there from all over the world and on a blind judging we came out on top. Really chuffed with that one.
Last year we took medals in the US Beer Open, International Beer Challenge and the Brussels Beer Challenge for our range as well. It’s been a great few months.

Most breweries really try to push their name/brand, what is the thinking behind the McGargles range?

It’s all about bringing people to try craft beer. What we try do with it is get people to try our beers with more flavour if they’ve only been drinking the usual macro stuff up until now and give them better value and hopefully start them on their journey through craft beer. The Irish beer market is 98% corporate suds and we as an industry just hit 2% craft. We want to get together with other small brewers and push quality craft beer to 15% like it’s getting to in the US in the next few years. That will mean more people working in brewing, bars, tourism and most importantly drinking great beer. You can’t deny quality and consumers are getting a better deal now. So we just keep doing what we’re doing.

Can you give a brief profile of the winning beer and what was the outline if there were any changes made from the original inception up to the finished product?

Sure. It’s called Francis’ Big Bangin’ IPA and it’s an American style India Pale Ale. It was my first recipe for McGargles and I’m pretty happy with it. My boss Alan said he wanted an American style IPA so I brewed him one.
I wanted to make an IPA the way I enjoy them which is generally leaning more towards the ripe tropical fruit and light body than the more retro caramel and citrus thing from the 90’s. It’s not all about bitterness either so we try get it so you’re tasting the hop as somewhat sweet when it’s dancing with the malt. In terms of the malt we only use Maris Otter which is the cream of the crop type of pale malted barley. It’s got a great nutty character and depth of flavour you don’t normally get with other varieties, but the clarity of flavour is why I love it and we don’t use anything else with it. In terms of the hops we use Columbus, Mosaic and Simcoe in huge quantities as well.
I’ve never adjusted the recipe. When I do a recipe I know what it will taste like before we brew. If I’m experimenting in the pilot plant it’s generally finding out about experimental new hops on the market, a yeast strain I haven’t used yet or what something like fruit, tea or spices tastes like in a brew and in those cases I make adjustments, but the other stuff is simpler.

What breweries are floating your boat in terms of new brews or innovation?

In terms of innovation in Ireland I think Yellowbelly are killing it. The lads have a brewpub down in Wexford and they’ve been doing really interesting stuff with stuff like mango, pine needles and tea infusions. Trouble Brewing down the road have been stepping up the hop game for a good while now and I’ve been loving every special that they’ve done for ages. I’ve always been a big fan of Brown Paper Bag’s stuff and their refusal to just do what everyone else is doing and Rascals have been consistently putting out great beers like their Chardonnay Saison and their 13 Seconds Porter for Brewtonic. I’m looking out for what Stone Barrel are going to do with their new kit too and it’s all very exciting. I’m about to do a side project of my own next month called ‘Whiplash’ which is consuming all my plans for innovation so watch this space.

What doors does this accolade open for the brewery and what’s next for Rye River?

The awards are really fun for our sales guys and distributers to introduce our beers to someone who hasn’t tried them yet but other than that it’s business as usual. We export a lot of our beer so we’re managing the growth in the US, Canada, Germany, France, UK, Italy and Korea at the moment. We also moved to Celbridge to a lovely new building which can fit more tanks and see us expand but what’s most exciting is our new taproom and pilot plant which we’ll have up and running this year. We can run what’ll effectively be our own brewpub and have an outlet of our own for our specials and maintain our creative streak which we’ve been bringing to festivals for the past year. That’s the best fun we have at work and to get to incorporate it into our daily work is really getting us excited. Hope you get a chance to pop down when it’s done and the beer’s flowing! Cheers.