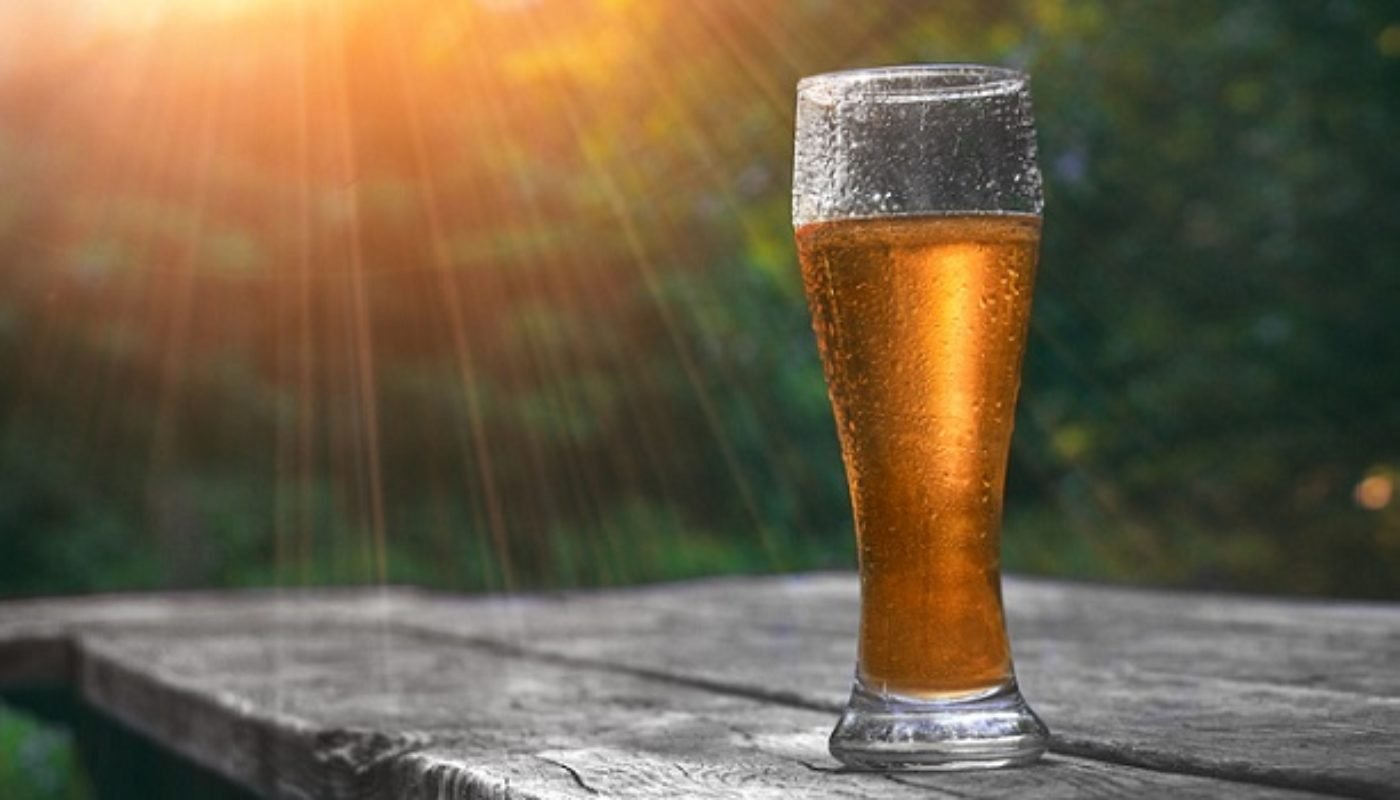 Beers Gone Wild – When Brewers Let Nature Do the Talking

While nowadays a brewer’s creativity (or madness) is the limit when it comes to adding flavours to their beers, there are just four basic ingredients that ultimately make the true core of any brew: water, yeast, grains and hops. The last two tend to be the most talked about when discussing a beer’s flavours and while there’s no debating they do make or break a pint, truth is, yeast deserves a bit more credit for all the heavy work it does.

Of course, yeast is a living organism, and not all yeasts are desirable when brewing. The species that is used for beer in most cases is called Saccharomyces cerevisiae (or Brewer’s Yeast, in plain English), and as brewing techniques and technology progressed, producers found ways to isolate and cultivate the different strains that would work best for the beers they wanted the craft. Let’s called these “domesticated yeasts.”

With the exception of a few styles where spontaneous fermentation is part of the process, the most famous being Belgian lambic beers, producers would opt for these “domesticated yeasts” over the unpredictable wild yeasts found in nature, to ensure desired results and consistency. This is particularly important for larger brands as the product should always look and taste the same.

While the accidental inclusion of wild yeast in a brew is considered undesirable, when allowed to participate, it can produce very interesting results and more complex flavours. Think of yeasts as canines for a second (I know it’s a stretch, but please humour me)… Commercial strains of yeasts are like different breeds of dogs, carefully developed for specific purposes, while wild yeasts are like foxes or wolves: they’re cool, but you need to approach with caution and only if you know what you’re doing.

The use of wild yeasts in brewing has come from being reserved for specific traditional styles and experimental batches of craft beer, into the mainstream. If a name as Heineken, which is known globally for its consistency, steps into the wild yeast game, one can rest assured that it’s becoming less of a niche and more of a trend that shows how taste evolves and people crave for a wider range of flavours. Last year they launched H41 Wild Lager Patagonia, a limited edition brew which the company produced using a rare wild yeast discovered in the Argentinian region back in 2010. The beer had a fuller body and a more intense flavour that the usual H, but it was still easy enough to drink as to not discourage your friendly neighbourhood lager drinker.

Now they’ve done it again, and just a few weeks ago, Heineken launched H32 Wild Lager Himalayas in Ireland, the second one in a series that will explore the flavours that carefully tamed wild yeast from different parts of the globe have to offer.

And of course, craft producers both sides of the Atlantic have also adopted a modern approach and tamed the wildlings into helpful flavour creators.

I recently met Giles Jenkinson, Sales Director at The Wild Beer Co, and had the opportunity to try a few beers from their range that are available in Ireland. Their brewery is located in Somerset, UK and they specialise in the use of interesting fermenting techniques and an exiting barrel-ageing and blending program.

“We want to change people’s perceptions about flavours”, he commented. Talking about the creative process behind unique beers such as the tropical Pogo (a pale ale with passion fruit, spices and guava) and Tepache (wild yeast, pineapples, spices), or the indulgent Millionaire (a milk stout with salted caramel and chocolate), Giles pointed out that they don’t start with a beer style in mind, instead, they begin with a flavour and work around it.

Of course, when working with wild yeasts, one has to be incredibly careful as what makes them interesting to work with can turn unpleasant. “We’re control freaks”, Giles add, noting that they are able to look after every part of the process. “We keg, bottle and can everything ourselves”, he adds.

Regarding the growing interest in these styles of beers, Giles believes that “Pandora’s box is open now, the flavours are increasing, the consumer has now more options and looks for more interesting flavours.”

If you fancy a taste of wild beers in a traditional Belgian style, check out our our Brussels and Bruges Guide for Drink Lovers. For more modern sips, try the ones below. Made from a rare strain of yeast discovered by Dr Diego Libkind in Patagonia, and named after the latitude where it was found (41° South), this crisp lager is described by its makers as “the missing link between the typical profile of lager and speciality beers.”

A Goldilock’s spot, if you will, it’s richer and hoppier than its more famous sibling, with a citrusy profile and balanced flavour. Available in selected bars including 37 Dawson, Idlewild, The Market Bar

With citrus notes and a more delicate palate than H41 (also slightly lower in alcohol), this lager is refreshing and easy to drink.

It has a pleasant balance between maltiness and fruity notes, with a light body a moderate hop presence.

It would be a great introduction to the world of wild yeast for beer lovers who are used to lighter beer styles. This indulgent brew channels the luscious flavours of a millionaire’s shortbread, a treat known for its combination of caramel (in this case, salted caramel to balance it out), chocolate and biscuit.

Full-bodied and rich, the sweeter notes in the mix are matched by a mild bitterness (think very dark chocolate or coffee). This beer is deemed “a study of patience” by its makers and in fairness, they’ve give wild yeasts a very long time to get things done, about 90 days, during which the brew has achieved variety and integration of flavours. Then, the beer was matured in oak barrels (both Bourbon and Burgundy), adding an extra layer of complexity. It was the first in the brewery’s prolific portfolio and still one of their most iconic brews.

A combination of sour berries, cranberry, black forest gateau, toast, and smokiness jumps on the palate. It is one to try if you’re eager to get a fuller sip of the wild side of beers. This powerful ale is part of the Wild Ballyhoura Series, launched by Eight Degrees last year. The beer, named after a character from Celtic mythology, has been aged in French oak barrels and exposed to Brett yeast.

It’s stronger in alcohol that your average pale ale and way more complex as well. Amber coloured and with aromas of apple tart, sourdough, lemon biscuits and baking spices, it is one for palates seeking something funky yet still approachable. 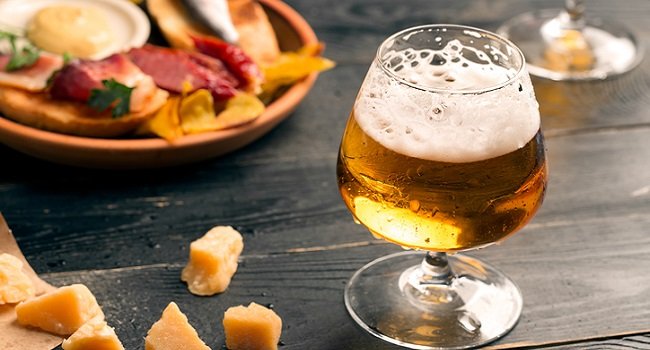 Combining Food and Beer – Your Q… 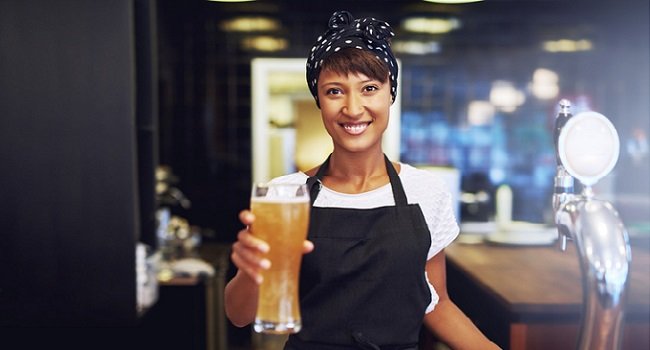 Brewing the Way Towards a More I… 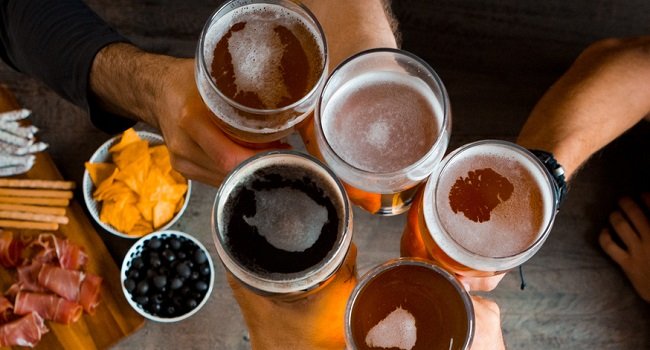 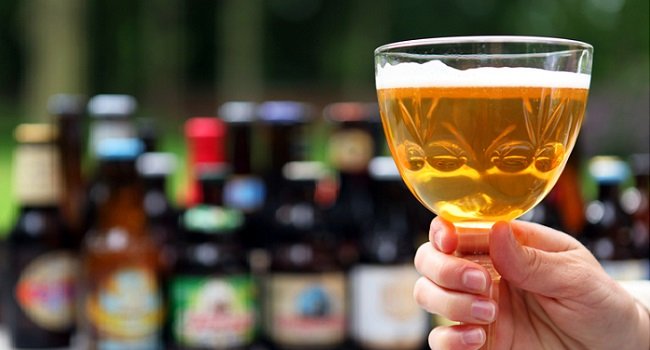