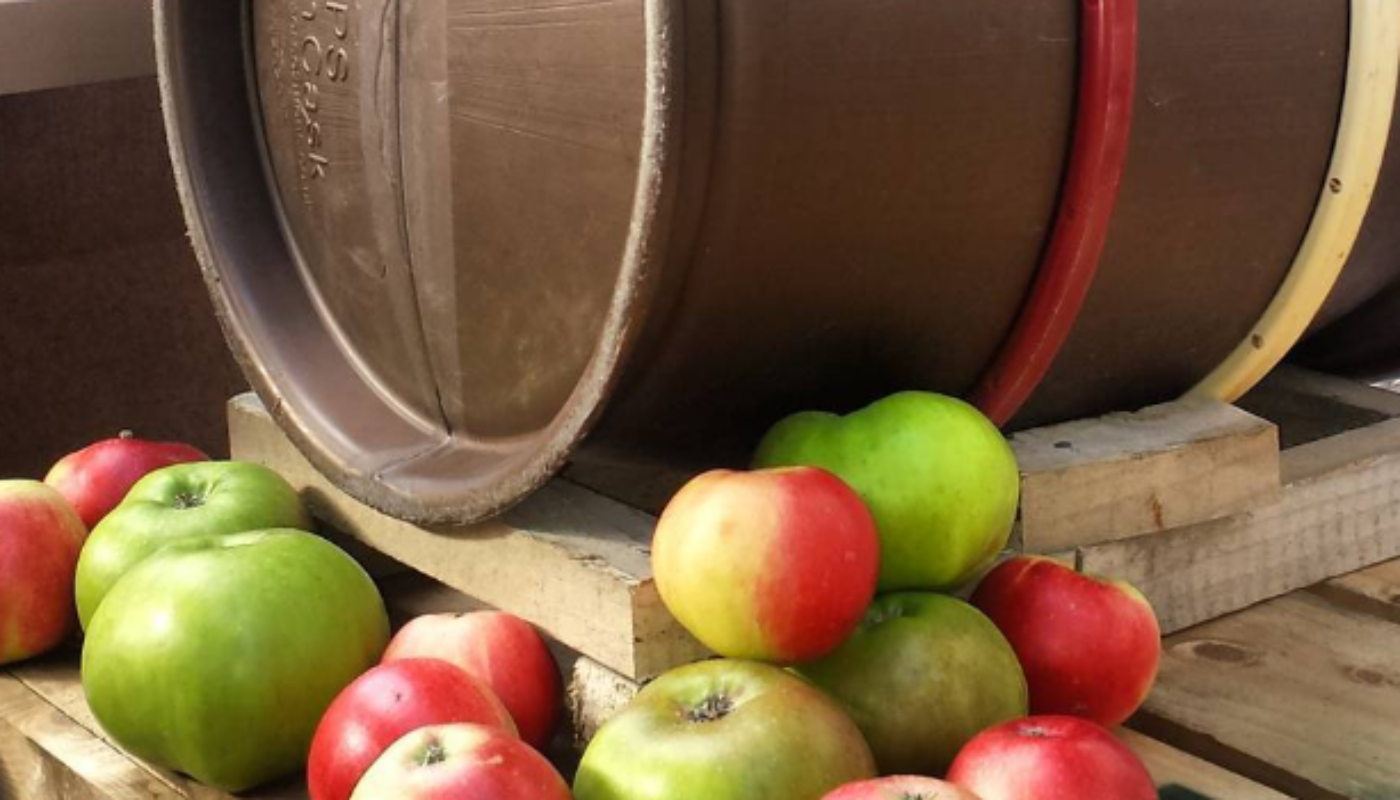 With some truly awe-inspiring cideries in Ireland crafting fabulous artisanal cider, we are a bit spoiled for choice.  To change the flavours or add to their already increasingly delicious products, many cider makers have begun experimenting with adding fruits or spices to their mixes. But one of the newest trends to hit Ireland, which is certainly here to stay, is barrel-aged cider.

While this might seem like a modern development, before the advent of stainless steel, most cider was to some degree aged, or stored, in wooden barrels. The barrel-aging process is when the cider is poured and stored into various wooden receptacles, like bourbon barrels or whiskey casks, to impart these flavours into the cider. The finished product takes on a complex and robust flavour profile that would not be achievable without this process. Different barrels can impart different flavours. For example, a neutral oak barrel can give structure and add subtle wood notes making for a more complex and earthy cider.

Whereas a whisky barrel can impart vanilla and boozy flavours that mingle with crisp apple tartness and make for a truly excellent beverage that must be experienced. Some cider makers use blends of different kinds of cider, some aged in bourbon barrels mixed with some from stainless steel tanks.

Here in Ireland we have an excellent example of this style made by Dan Kelly’s: their ‘Whiskey Cask Cider’. The idea came about to experiment with the flavours of whiskey and cider after Tullamore Dew requested a tart cider to season bourbon casks for what would become their ‘Cider Cask Whiskey’. After the distillery was finished with the cider-seasoned casks, they were sent back to Dan Kelly’s, along with the seasoning cider, where they are used to age their ‘Whiskey Cask Cider’.

Every time these barrels are emptied after aging a batch of cider, Dan Kelly’s will wash them with whiskey to maintain the flavour profile. They then transfer the cider into steel tanks until they have enough to bottle. Before bottling, they add some apple juice to sweeten and carbonate. The cider is now two years old, with a total of 9 months spent in casks, with the rest spent in the stainless steel tanks. Olan McNeese, the owner of Dan Kelly’s, describes the cider as having, ‘a nice crisp beginning on the tongue, moving to a feeling of oak tannin through the middle and finishing with the warm sweetness of Irish Whiskey. It is a light golden colour and mildly carbonated’. There are no artificial flavours or preservatives and this is a great option for coeliacs or vegans.

Dan Kelly’s is available at independent off-licences nationwide. It is also found at pubs across the country. You can find a complete list of stockists here.