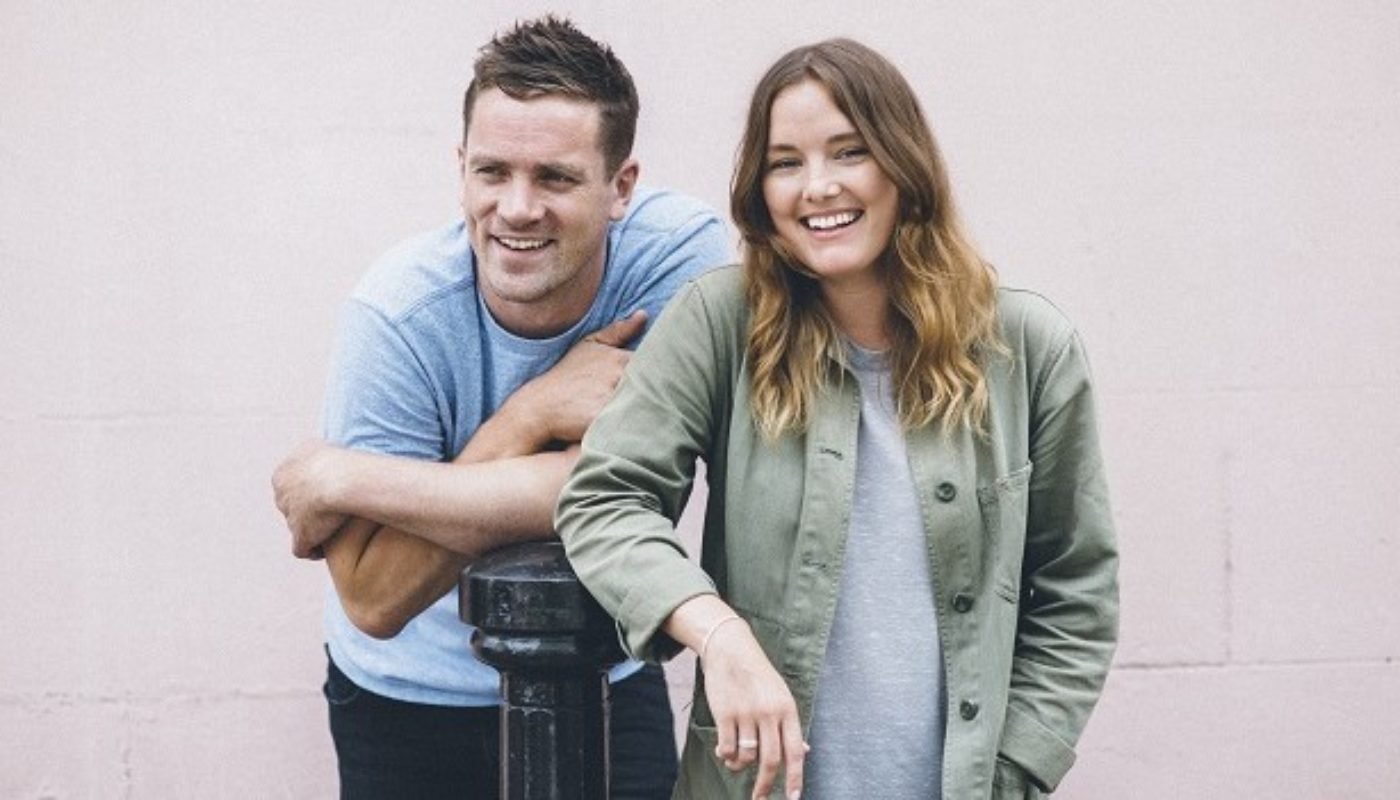 The mention of the word ‘poitín’ can conjure up images of unlabelled bottles in the back of cupboards, tales of blindness and illicit dealings. But now, at a time when craft beer and cocktails are at their peak of popularity, it seems we are now ready to dabble in something a little more risqué.

This month I met with Dave Mulligan and Cara Humphreys, the duo behind Bán Poitín, a hypnotic mix of potatoes, malted barley and sugar beet. They shared their thoughts on the growing popularity of their infamous rogue spirit – and poitin’s shady past. “There’s a reason they couldn’t knock it out of society,” says Dave. It is his and Cara’s passion for their product, that makes me think it is only the beginning for poitín-the white Irish spirit.

“Like many good booze stories, we met in a bar,” laughs Dave, as he recalls the beginnings of their journey into poitín producing. He was running a speak-easy type bar in North London focusing on Irish spirits, with poitín centre stage. “Nobody believed in what we were doing more than us two,” adding that they felt frustrated by the poitín brands’ reluctance to push the drink that was proving so popular with their punters. “If they’re not going to do it, then we’re going to do it – properly,” and so they did.

Their determination is synonymous with the history of the drink and the pride of the makers. In its illegal heyday, one Cork woman was so proud of her blend that she would colour it with saffron to brand it. Indeed, Dave adds “there were people famed for their poitín making”. The better your spirit, the higher your status in the community. When it became illegal, the backlash on the white Irish spirit ensued, as Cara says “hearsay destroyed its reputation”. The work of church and state, denouncing it for centuries, means that even now “Irish people are the hardest sell,” laughs Cara. This makes London’s bar scene, which Dave sees as comparable only to New York, the perfect breeding ground to launch the brand to the thriving cosmopolitan masses, thirsty for something new.

The diverse population of the capital means London bars have space to experiment with small producers and explore a little. Such a luxury, Dave says, is almost non-existent in Dublin, where bars are often tied to bigger brand names. In London, the Irish food and drink industry has seen its reputation rise to new heights with a string of successes across the capital. This makes for a powerful network which Dave cites as a “huge advantage” of being an Irish start-up in London. Names such as Robin Gill (The Dairy, The Manor, Paradise Garage), and Richard Corrigan pop up as integral links in this network. Dave and Cara beam about Stighlorgan, the rucksack brand they carry around all day full of poitín, promoting their brand. The Irish network runs on the drive and success of the people in it, rather than “rubbing people’s noses in it with the Irish flag,” says Dave.

What about the London audience? “People love it!” Cara laughs. When they hear of it in hushed tones as once ‘illicit’, ‘notorious’ and ‘illegal’, the temptation becomes too much. The drink in London basks in notoriety, fitting nicely in with the exploding cocktail bar scene. Indeed, it is now being tipped as the spirit of 2016, stocked by none other than Selfridges. This means Dave and Cara can’t, and won’t,  be slowing down any time soon. The day starts early with answering emails, then it’s on the bike with a Stighlorgan bag full of poitín in tow, to promote their ware. “We’re poitín through and through,” he declares with a serious edge. When visiting prospective bars, he sets up a tasting, not only with Bán Poitín, but with a range of other poitíns, both legal and otherwise. If in the end a bar goes with another poitín, they feel it’s still a win for them. “We want to lead it, but we want other people to come with us.” This passion and will for it to grow as a mainstream drink, no doubt contributes to the snowballing success of Bán Poitín.

But how do you actually drink poitin? For many of us, knowing what to do with it, can be somewhat of a blind-spot. “Drink it as you would whiskey,” the pair assure me enthusiastically. It’s good neat, in a ‘boilermaker’ (a shot and a pint side by side) and equally so as a cocktail component. Their ritual serve is the slickly named ‘Bán and Black’: a shot of Bán followed by a shot of Guinness. This strips it back and keeps it simple, allowing the sweet note of the sugar beets to shine through. Ever the enthusiastic foodie, I broach the topic of food pairing “People need to chill out with the food pairings!”  laughs Dave.

I suggest that the illicit history of poitín and its flirtation with scandal makes it a good partner in crime with the equally naughty family of fried food. They agree and add that they have had a lot of interest from BBQ style eateries. A St Patrick’s Day event in Bourne and Hollingsworth featured a high end dining experience in which Bán Poitín was paired with traditional Irish dishes. In fact once we start to talk about it in relation to food, it seems there is a lot of scope for poitín; from elaborate foams in high end restaurants, to simply being used in the family Christmas cake.

What’s next for Bán? “America is the end goal. No wait, worldwide. Why stop there?” But for Dave and Cara right now, London is calling; and it’s only getting louder.

Tempted yet? Try it for yourself with a little help from the professionals:

Comfort: The delightful Modern Farmette, Imen Mcdonnell, leaves no stone unturned in her exploration of the Irish culinary repertoire, incorporating poitín into her Moonshine Syllabub.

Boozy: Dave and Cara share a cocktail which gives a nod to the humble banana bread. Bán and Bread: Bán, ginger syrup, banana, banana liquor all shaken up like a daiquiri. Dessert in a glass!

Dining out: Chef Kevin Thornton has made no secret of his love for poitín in food, with a signature dish being roast suckling pig with poitín sauce. Try his creations at his Dublin restaurant, Thornton’s. Sarah is among many Irish people living in London, where she delights in exploring its exciting food scene. She is passionate about food markets, spending her weekends trawling around Borough market grazing, chatting and stocking up on all things edible.

She dedicates a blog to her adventures in the markets, from her local farmers market to those she happens upon on her travels. Writing for TheTaste allows her to share tales from the food front line with fellow eager eaters.