This Award-Winning Dublin City Restaurant Has a New Head Chef 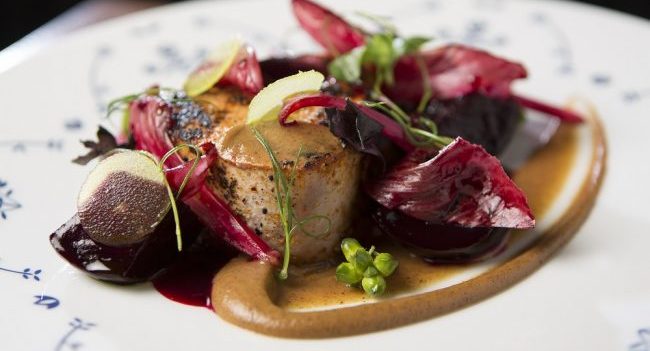 While eager to bring his own style to the menu and add new dishes over the coming months, Chef Vish is very aware that certain dishes are untouchable, commenting: “The Spaghetti al Tartufo was the first dish I tasted here and was so perfect that it convinced me that Luna was the dining style for me.”

Born and raised on the east coast of Mauritius, Vish was immersed in cooking from an early age and was strongly influenced by family and in particular, his aunt. By age 16, he had completed a professional cookery course at the Constance Academy in Mauritius and a degree in culinary arts at the Hotel School of Mauritius. Prior to joining Luna Restaurant as Head Chef, Vish spent six years at the Michelin starred Chapter One, starting as chef de partie before moving up to a Sous Chef position.

Vish has won a gold medal and a Young Chef Award at the World Association of Chefs’ Societies competition. Vish is excited by this next stage in his career and is eager to always continue learning. His emphasis is on treating the true taste of raw ingredients with respect. From exceptional customer service to unique cuisine and design, Luna Restaurant has received many accolades over the years for its commitment to creating a sensational experience for every customer. Since its opening in 2015, Luna has won several awards and earned a very loyal clientele.

For more information about Luna and to make a booking, visit lunarestaurant.ie.