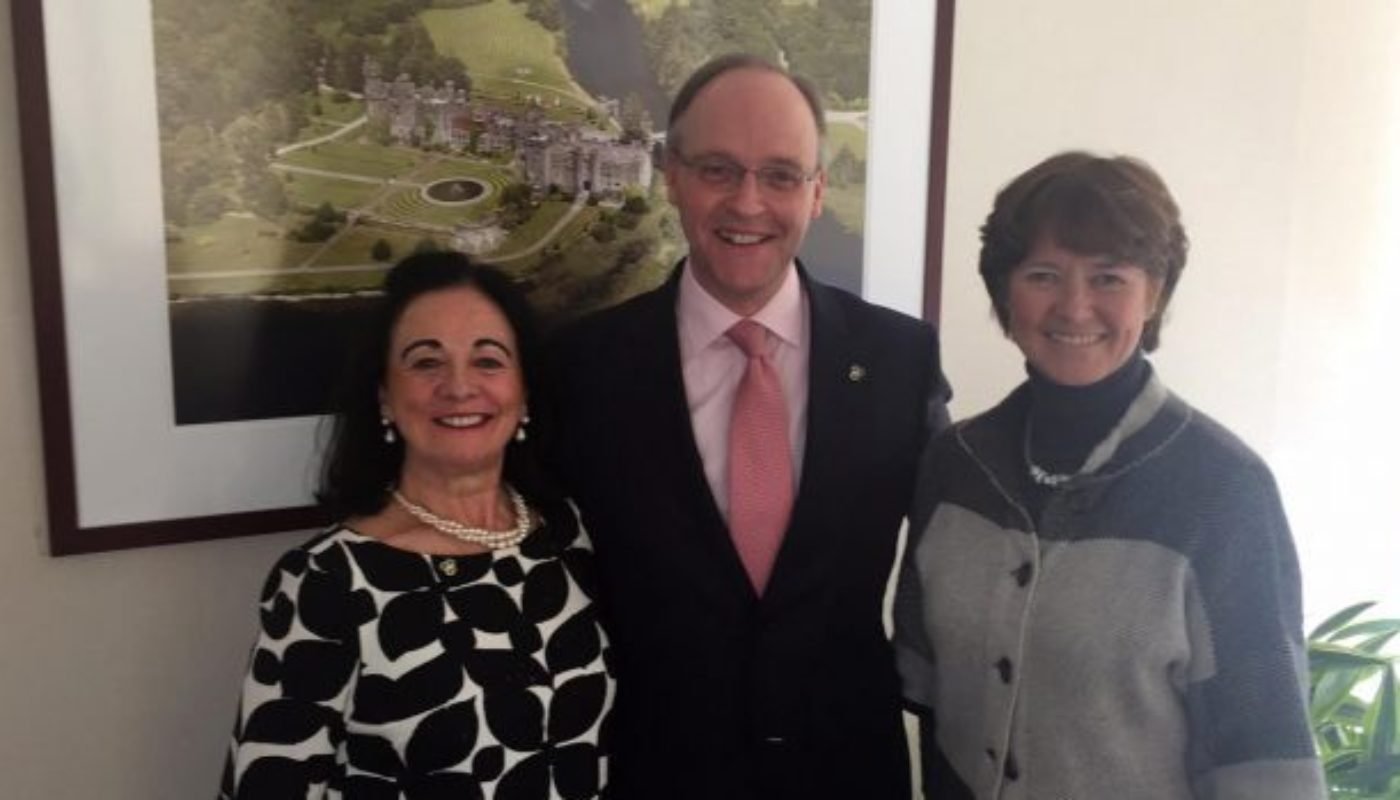 Representatives from Ashford Castle – including General Manager Niall Rochford and Sales Director Paula Carroll – met with senior executives from Tourism Ireland, during a visit this week to New York. They were briefed on Tourism Ireland’s extensive promotional programme for 2017, which is in full swing right now and aims to build on the growth in American visitors to Ireland last year. Tourism Ireland aims to surpass the record-breaking performance of 2016 and to grow revenue from North American visitors by 9% in 2017 i.e. €1.6 billion generated by 1.7 million visitors, an increase of 6%.

Tourism Ireland will prioritise North America this year, as a market which offers a strong return on investment, in terms of holiday visitors and expenditure. Our important ‘culturally curious’ and ‘social energiser’ audiences will be targeted with distinctive vacation experiences, events and special offers tailored to their interests. Tourism Ireland will create ‘stand out’ for the island of Ireland in the US, highlighting experiences like the Wild Atlantic Way. Promotions will grow travel to the regions of Ireland, during the shoulder and off-peak seasons.

With the announcement by Norwegian of new flights to Ireland from New York (Stewart International Airport) and Providence (Rhode Island), the total number of transatlantic airline seats this summer will be 60,000, from 20 North American gateways to the island of Ireland – that’s 10,000 additional seats (+20%) compared to summer 2016. Alison Metcalfe, Tourism Ireland’s Head of North America, said: “We were delighted to have an update from Niall Rochford and Paula Carroll about Ashford Castle and to have the opportunity to brief them about our extensive promotional programme in the United States this year.

“In 2016, we welcomed a record 1.6 million North American visitors to the island of Ireland. Looking to the year ahead, we are confident that our strategy – combined with more airline seats than ever before from the US, a strong dollar, as well as the strength and competitiveness of the vacation experience right around the island of Ireland – will deliver further growth”, she continued.

“We have a very clear focus for the year ahead and that is to deliver a +6% increase in visitor numbers and +9% increase in revenue from North America. We will achieve this by working in close collaboration with our tourism partners, like Ashford Castle, rolling out an extensive programme of high impact campaigns and promotions which will target those consumers with greatest potential to travel to Ireland.”