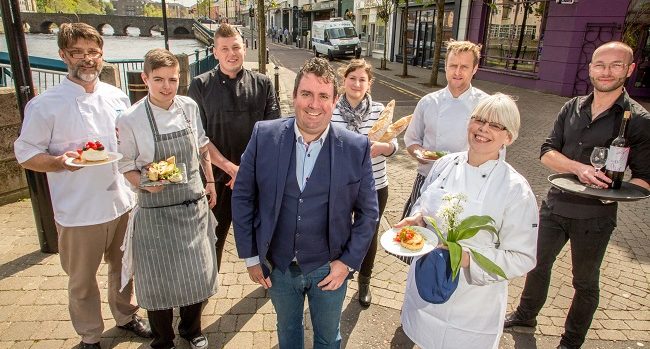 In recent months the world has been captivated by a number of highly contested presidential campaigns, often watching through their fingers disillusioned and in dismay as divisive characters talked and acted in a scarcely credible manner.

These events highlighted the values of humility, integrity and authenticity that we look for in a president, and gave us a new found respect for those in positions of leadership who already embodied these.

Stepping down from his role as President of the Restaurant Association of Ireland (RAI) in March this year, Anthony Gray was one of those.

Anthony found the balance those in office often fail to achieve between talk and action, maintaining during his tenure both strong opinions and the respect of the industry. All the while running two popular restaurants in Sligo, Trá Bán and Eala Bhán. His involvement with the RAI came hand in hand with the opening of his first restaurant in 2009, and by nature of his active participation and personable nature, Anthony soon rose through the ranks; counsel member; branch member; West coast council representative; then President.

Recently the fees businesses have to pay to join the RAI and other agencies have been called into question, but Anthony insists that the RAI will “100% save restaurants money.”

“Whether it’s lower charges on your credit card or using first choice purchasing. They have lots of trade partners, so that also gives you the opportunity to spark up relationships. It opens lots of doors”

“But the biggest benefit that I see is that the RAI a lobbying organisation. They are the only people that will speak up and fight our corner. That is something that all industries need, so we are very lucky to have them.”

During his tenure Anthony was the main man in the ring. “I constantly spoke my mind and fought for my fellow restaurateurs to say that we don’t want calories on menus, we have a major problem trying to recruit chefs, we want a VAT reduction to stay competitive, and we need reduced rates, rent, excise duty and insurance costs.” 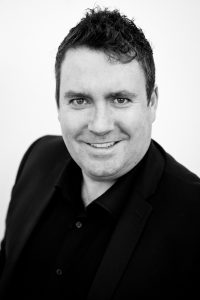 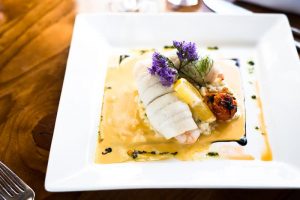 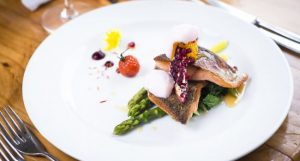 He considers the successful campaign he led to keep the VAT rate at 9% as one of the biggest battles won. “It’s important for the competitiveness of Ireland. We don’t want to go back to 2007 figures when Ireland was known as a bad value for money destination.”

“There are certain organisations out there, unfortunately, that will have a diverse effect on the 9% VAT rate. We offered it onto the consumers, but other organisations haven’t done that. So if we do lose the current VAT rate it won’t be down to the RAI, I can assure you that.”

But progress didn’t come without sacrifice, the restaurateur admits.

“It had a dramatic change on my lifestyle. I was sixty to seventy percent busy when I took it on and it went to nearly ninety-nine per cent. It did overtake my life. “It was fantastic for me personally but there was a lot of hard work. There were a lot of meetings, a lot of travelling, and a lot of hard decisions to be made.”

“I’m finally able to see my family a lot more. It did have a big effect on them.”

“I have three young kids, Lauren (8), Emily (6), and Joe (2), and there were always asking ‘ Daddy, why are you always going to Dublin?’ So, getting to spend more time with them has been fantastic.”

While he no longer holds the top job, what hasn’t changed is Anthony’s passion for promoting and safeguarding the food industry, and he says he fully intends to continue his work, albeit from a less all consuming position, on the management committee of the RAI.

“I’ll continue to maintain a strong voice for our members on the challenges the industry faces.”

“You have to question whether the government realises that Ireland is becoming a culinary tourism destination. Vistors are coming for the ceol agus craic too, but also for the high class food we are producing.” 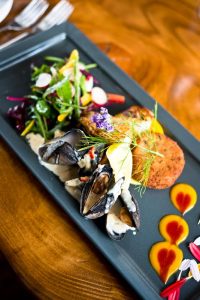 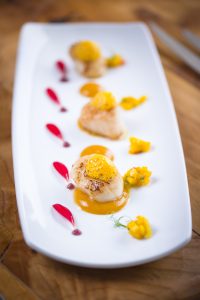 He argues however that those attempting to promote this agenda are coming up against a brick wall, the ongoing chef shortage crisis, and that “there in’t enough done by government to highlight the hospitality industry as a career choice.”

Speaking as a restaurateur himself, Anthony says that once you do become involved in the industry the government is just as futile.”I’m employing over 40 staff and I’ve done that, taken the chance and succeeded, but what have I got back? My costs in regards running a business only go one way, and it’s not fair.”

“When a restaurant opens up everyone benefits; local people; artisan producers; the money stays in Sligo. We contribute nearly 3 billion to the economy every year and we don’t get the recognition.”

While laments that fact that he was not able to see Home Economics become a compulsory subject on the Junior Cert curriculum during his term this will remain one of his motivations.

“I think it’s important that a president stays on for a few years. I hopefully will see some of my goals come to fruition, because I really do believe that the way to tackle obesity is by teaching kids about a healthy options and a healthy lifestyle, and what better platform to do that from than the RAI.”

“The government really need to start putting measures in place to tackle this issue. They need to take vending machines out of hospitals, start serving proper food in schools and educate the youth.”

Anthony says if the government was to make this change to the syllabus, the benefits could be two fold; educating children to make better food choices and creating jobs for Home Economics teachers. Since stepping down, Anthony now has time to channel some of that passion he put behind supporting his fellow restaurateurs back into his own businesses.

With fond memories of a working in his father’s butcher as a child, although he ‘grew up’ to be a PGA professional golfer, Anthony says he always had in the back of his mind that Sligo was missing a “restaurant that showcased local ingredients and championed local suppliers.”

“I took a calculated risk, well quite a big risk, in opening Trá Bán in 2009. It was quite a daunting task but I knew if it was done right it would work. I put in the long hours and made sure that the ingredients were at the forefront, and all that had to be done was cook and present them simply. After that, everything just took off from there.”

Riding on the crest of Trá Bán’s success, Anthony opened Eala Bhán in 2011. Though separated by just 8km, the two restaurants are diverse in both location and atmosphere. One overlooks the sea, while the other is set alongside the Garavougue River gushing through Sligo town, and each has a adopted an atmosphere to suit its setting; either cosmopolitan or “a more surfy vibe.”

Despite the their obvious differences, Anthony insists that they share the same ethos: showcasing the best of Sligo’s produce. 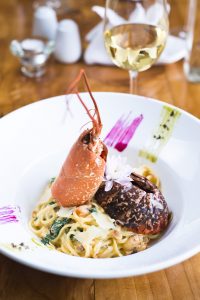 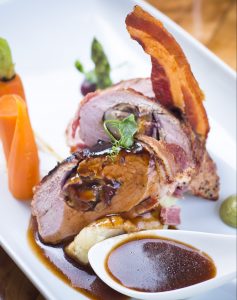 At the heart of each business too are the staff, who Anthony says he sees as ‘one big family’. Something that became all the more clear to him when the smoke cleared after a ‘horrific’ fire in Eala Bhán 2015.

“Within three months we had it back up and running again, but it was a very stressful three months. It’s a testament to the loyalty of our staff; they stuck with us through it all. I treat the business as one big family and really and truly it’s down to them, they are the people that have pushed the business forward.”

The restaurateur is also considering growing his role as a restaurant consultant, something he has already dabbled with, helping out a number of venues in the area.

“I think I have a lot to offer, being the owner of two businesses and a former President of the RAI.”

He also counts Chairman of Sligo Food Trail among his titles, an initiative he set up to promote Sligo as a destination as culinary tourism destination. “Sligo food trail has put Sligo on the global food stage, and I see nothing but good things coming down the road for Sligo as a food destination.”

“We believe that we have a lot to offer here in Sligo, and with more free time it’s given me the opportunity to really push it as a destination, to get our name there, to say we’re open for business and ready to welcome more tourists here.”

In February he led a march outside Dail Eireann with Revive Northwest, an action group he co-founded who are seeking a motorway system to connect Sligo to Dublin.

Anthony says the ‘two-tier economy’ favours bigger cities and other urban areas, and that central government has neglected rural Ireland. “I’m disgusted to see Sligo left behind, and I don’t think it’s fair.”

“We are all working together in Sligo, there are a lot of new businesses opening, but we just need a break. Donegal and Sligo have consistently been forgotten by numerous governments. We have so much to offer.”

When it comes to naming the best places to eat and drink in Sligo, the former President answers in a very political fashion.

He first name checks, among others, Shells Café, Thomas Connolly’s pub and Knox restaurant, and adds he loves nothing more on a Saturday then to enjoy a coffee in Vintage Lane Cafe, before venturing into the market to buy cheese, and fish for restaurant.

“But, of course,” he continues, “Trá Bán and Eala Bhán are a must visit for visitors to Sligo.”