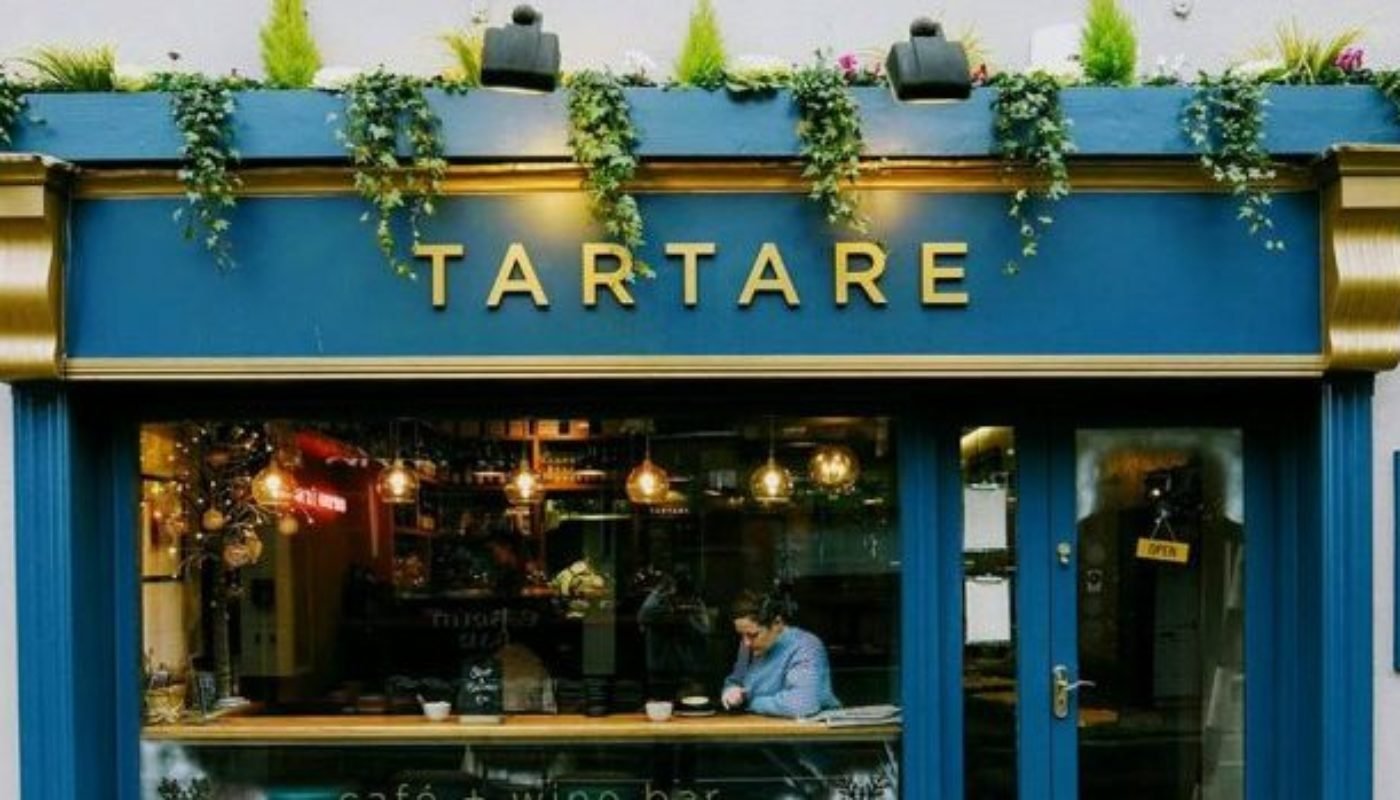 Celebrating our nation’s rich and exciting emergent cuisine has been deeply engrained in our collective consciousness this year. With the success of “This Is Irish Food” movement and a concerted effort on the part of chefs like JP McMahon to shed light on all we have to be proud of, 2017 did its part to put Irish cuisine on the map.

In between hosting Food on the Edge, the international food symposium which attracted some of the world’s most prominent chefs to our shores and introduced them to all Irish cuisine has to offer and researching for a tome tracing the roots and mapping the future of Irish food, JP found time to fit in another exciting project. Inspired by a trip to Copenhagen, JP and his partner Drigín Gaffey decided to embrace the move towards casual dining and open Tartare across from Michelin starred Aniar, joining Cava Bodega to round out a trio of eateries to cater to all tastes and budgets.

This latest opening seems to marry the concept of small plates – a many splendid thing –  with the terroir-based offering Aniar is famed for.  An affordable way of sampling ingredient-driven dishes? Worth a cross-country trip to sample, I say. Arriving in the early evening, the calm before the Saturday night fever, the counter top is a prized seat, illuminated with low hanging bulbs, looking out over bustling Lower Dominick Street and of course, Aniar. Having enjoyed one of my best meals of the year there a few short months ago, I’ll admit, it was difficult not to long to be across the road.

A clip board menu, short but inviting, reads like that of its older sister, non-descript and leaving plenty to the eager imagination of the hungry. “We are all born mad” glows in fuchsia neon, but there is method to JP’s madness.

Pickled herring and mussels pop off the page and add to the distinct Scandi vibes, along with that pared back decor which manages to look effortless, yet inviting. The intention of a glass of wine, singular, had evaporated upon reading the extensive organic list, with glasses offered both in taster sizes of 120ml and more rounded 175ml.  This is food for wine and wine for food in a pleasingly laid back atmosphere which encourages lingering – candles, fairy lights and a dim din in the background – diners discussing the dishes before them, animated and intrigued.

The first taste, Cuinneog butter, on the right side of room temperature, is the cream of the crop of Irish dairy, crowned with rough Achil Island sea salt. Scooped up with lightly toasted sourdough, it is the simplest of genuine pleasures.

Burnt Cauliflower and Sheep’s Yoghurt(€6), my pick from the pickled section of the menu, ticked all the trend boxes – the year’s most coveted cauliflower, intentionally blow-torched to a perfect char after a long spell in a pickling jar. This palate-exciting opening act, sprinkled with intense leek dust as seasoning, set the tone for the procession of plates ahead – small(ish) but perfectly formed. Opting to celebrate the flavours of coastline, when in Galway, Tuna Tartare (€9.50) awon out over beef this time. Melting in pink and marbled parts and putting up teasing resistance in contrasting ruby cubes, this was the result of careful hand-cutting, which when done hastily results in mouthfuls of mush, the kind of tartare which puts people right off.

Each mouthful is so intense it forces you to slow down and savour. Like a gush of sea water, a concentration of oyster liquor has been whipped to a creamy emulsion to replace traditional egg yolk, topped with lithe strands of what JP reckons should be our national vegetable, iodine-rich dillisk. Perfectly complemented by a sharp white, my choice of a taster glass of Corte Adami Soave (€5.70 for 120ml) was the lemon-spiked yin to the yan of this deeply savoury ode to the sea, enjoyed to the last bite.

Moving to the land, my allegiance lay with Dexter Beef Brisket (€9.50), narrowly chosen over a tempting sounding Venison and Barley Stew. The characteristic spider marbling of the prized Dexter breed, treated here to a low and slow braise, would put prime cuts to shame in the flavour stakes.

The harmony of thickly sliced brisket with the ascerbic sharpness of picked baby onion, lactic fermented cream and glossy, thick and unabashedly rich Dexter couldn’t be faulted – balanced, bold and mouth-enveloping. To mirror this, a taster glass of a plump Chilean, El Grano Carmenere (€5.90) did just the trick. As in Aniar, staff are obvious food enthusiasts, as I overhear my waitress Mandy explaining the various oyster characteristics to an American couple keen to discover real Irish food. They take her advice to sample one of each.

She’s right too, each reflects a different nuanced flavour although sourced from only a couple of miles apart. The creamier gigas Dooncastle, the brinier Kelly’s natives and a personal favourite, the delicate and petite flaggy shore offer a genuine taste of our shoreline. Oohs and aahs confirm the pair’s satisfaction upon tasting and the dreaded food envy kicks in.

However, far from longing to be across the road, I couldn’t feel hard done by. Instead, Tartare is it’s own distinct experience, with exceptionally clever dishes you will feel slightly shady about handing over €10 for.

I’d hazard a guess that the lone dessert option, on this occasion an Elderflower and Raspberry Meringue creation,barely gets a look in with a who’s who of Irish farmhouse cheese to contend with, from Durrus to Gubbeen and Cashel Blue to Cratloe Hills. On the charcuterie front, it is a similar story, with some of the finest Irish examples of this ancient craft are offered – Dexter salami, Gubben and Wooded Pig, all compelling reasons for a return visit. Appeasing both my sweet tooth and cheese cravings, Barley, Squash and Goat’s Curd (€9.50) would round out my feast. Nutty pearl barley added bite as well as toastiness, along with candy sweet squash crescents, sticky and tender with a hint of char. Beautifully paired pillowy curds made me lose my way, and I realised I had been so engrossed I was more than a little late for my post dinner date.

As I gather myself to leave, I note many tourists stumbling in, by chance. Maybe locals are tougher to sell on the idea of small bites (hence the ease with which I secured a spot) but a group of three Canadians are in rapture over our oysters, mopping up our butter with sourdough and singing the praises of our cuisine.

Tartare can more than hold her own with Aniar, offering dishes which, although much lighter on the pocket, present razor sharp combinations celebrating the raw materials we are blessed with here in Ireland. This is Irish food, for everyone.

The bill, for four plates and two tasting glasses of wine (easily enough for a light supper for two) came to €46.