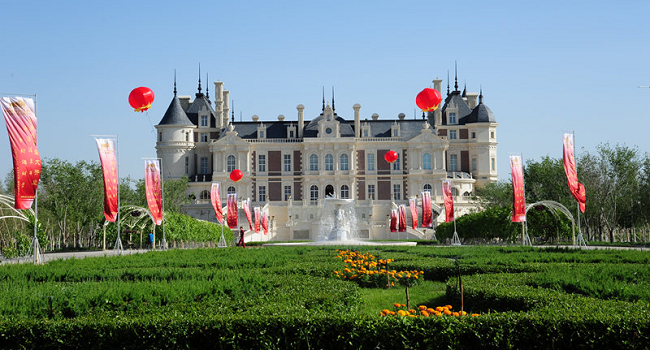 Changyu Chateau’s $870 million (€793.8 million) project, Wine City, is a 1,000 acres destination located in the Chinese coastal city of Yantai. It features an European-style chateau and other new-Gothic structures besides, of course, vineyards.

The attraction is now open to the public, however, it is still a work in progress as it is planned as more than just a theme park: A large-scale production of wine and brandy with the potential to make up to 450,000 tonnes of drinks per year is part of the project, as well as a skyscraper known as the Wine Research Institute, which will attract scientists as well as visitors interested in tasting wines. The project was announced back in 2012 and it was developed by China’s largest wine brand, Changyu Pioneer Wine Company, along with Italian wine company Illva Saronno Holding Spa.