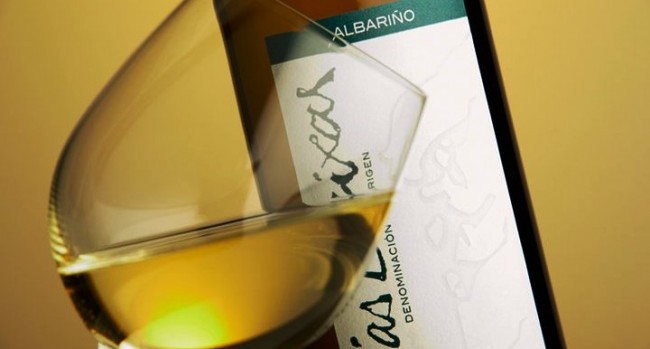 Rias Baixas is the birthplace of Albariño situated in the green lands of Galicia on the Celtic fringe of Spain.

The hand-picked grapes that go into Albariño wines are carefully tended to by the wine makers in Rias Baixas. Over half of these winemakers are women, representing the highest figure of female producers in any wine producing region.

With Rias Baixas one of the few regions making Albariño in the world and none of the wines from the region mass produced, the Albariño wines are incredibly exclusive.

This Spanish white wine is one of the most cosmopolitan and internationally known, and is widely appreciated by chefs and sommeliers from all four corners of the world.

Aromas of honeysuckle, citrus, ripe melon, peach, pear, among other exotic fruits makes Albariño the perfect drink to enjoy beautifully with a wide range of cuisines. They are exceptional with seafood but are also delicious with chicken, pork and veal dishes as well as a variety of cheeses.

Where other white wines fall down in a pairing with spicy food, Albariño Wines work fantastically with Indian, Asian and Mexican food.

Any moment is a great moment to enjoy a cool glass of Albariño but make sure it is always nicely chilled (ideally 9-10°C) to allow you to enjoy.