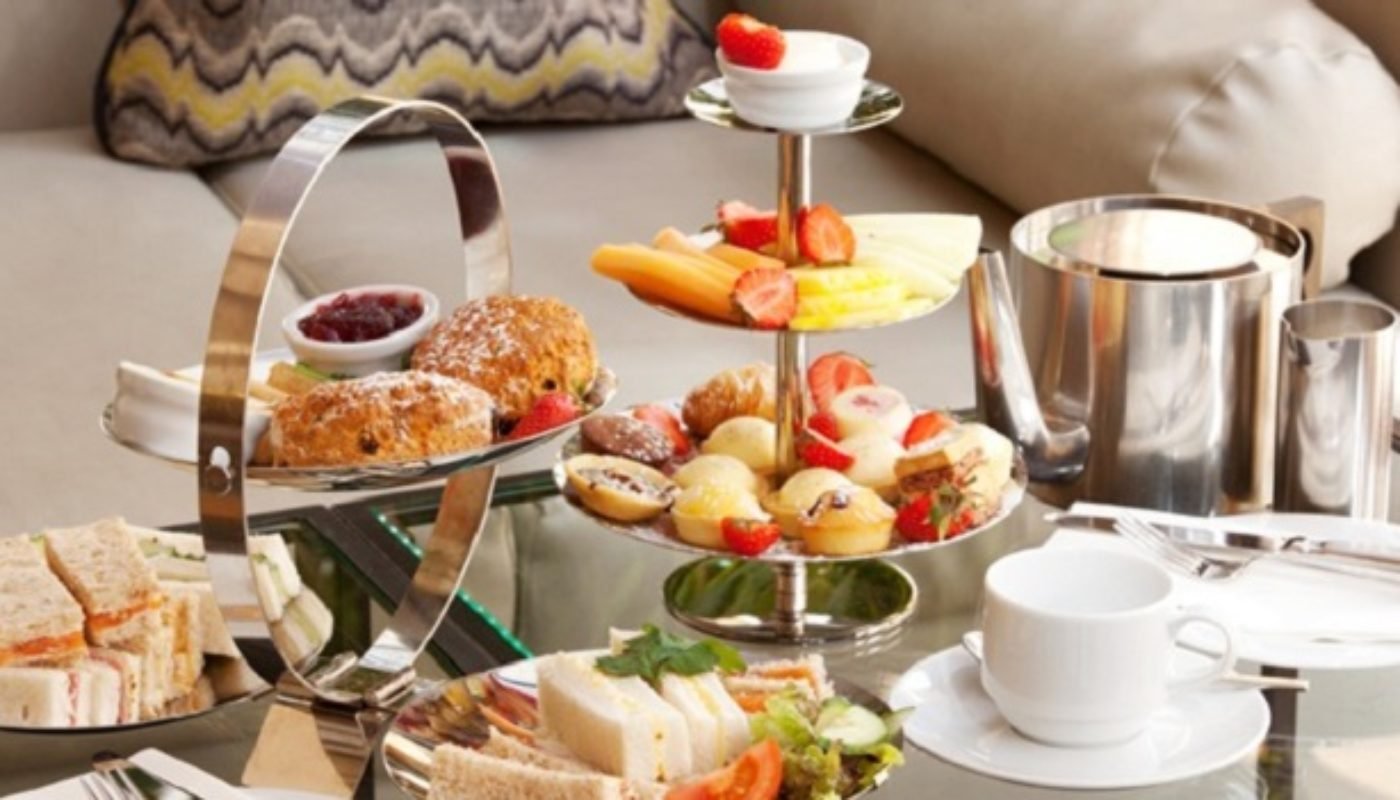 On a bright and crisp October day, with just enough bite in the air to give your cheeks a rosy glow, an afternoon stroll through the leafy suburb of Dublin 4 all wrapped up is an undeniable treat. Meandering through beautiful Herbert Park, admiring the ducks and enjoying the crunch of the leaves beneath your feet, such strolls are all the more enjoyable when you know a treat awaits at the end.

There’s nothing like the feeling of cradling a warm cup of tea to bring the feeling back into your hands and as in for a penny in for a pound is my general approach to life, popping in to The Herbert Park Hotel after a brisk walk was never going to be a tea and lone biscuit affair – afternoon tea is the perfect reward for meeting your step target for the day. While modern in fascade and decor, the Herbert Park’s grand lobby is contemporary yet elegant, with pops of ruby red and striking artwork cutting across a palette of chic greys and khaki near-neutrals. Roomy couches surround glass table tops and the sun streams in from the atrium-style terrace making the entire space bright and airy.

As someone who indulges in the ritual of Afternoon Tea quite regularly, it is the little things that count at the end of the day – the warmth which you are greeted and the comfort of the area in which you are seated as well as the tower of treats. You would be surprised just how often the finger sandwich element of the ritual falls a the first hurdle with bread that has seen better, fresher days, but this isn’t the case with the classic selection of Ham and Ballymaloe Relish, Egg Mayonnaise, Smoked Salmon and Cream Cheese and the afternoon tea staple – the cucumber sandwich. While the latter will never excite me, this was a traditional spread and why fix what isn’t broken? Far more tempting for me were two petite Cheddar and Leek Pastries, with an intensely savoury filling encased in delightfully buttery pastry cases which crumbled perfectly. These were the perfect size for an afternoon nibble and sat alongside a sneaky snipe of Prosecco nicely. Next up, a delicate Fruit Scone, again well proportioned and not overwhelming in size, arrived warm from the oven with a dusting of icing sugar. Back again to the little touches, the accompanying butter was perfectly room temperature and spreadable and sat alongside my favourite clotted cream – the real icing on the scone in my book. Finally, seasonal blackberry jam made lingering over this part of the ritual very easy. The final tier, the realm of sweet toothed fiends like myself, was delightful for two reasons. First of all, each of the elements were bitesize, meaning I could feasibly devour them all and secondly, each and every one was chocolate based – something I will never object to!

A mini Ganache Tartlet was rich, dark and gooey, followed by a Chocolate Sticky Toffee Pudding bar with subtle spicing – two happy mouthfuls. A Peanut Butter and Chocolate Tartlet struck the right balance between sweet and salty, and each was far richer than I imagined on first glance, in a good way. My personal patisserie preference, the Macaron, was again dark and unctuously chocolatey, as all good things should be. Next, a layered Mocha Square packed the kind of caffeine laced punch I look for hourly, with more bittersweet ganache perched on top and a lithe finger of Millionaire’s Shortcake was quickly devoured alongside yet more piping hot tea. Finally, as perhaps a little palate cleanser or a reminder that it is time to return to the real world, a fresh fruit kebab allows you to finish on a smug note and ensures your commitment to five a day doesn’t only refer to the pastries you’ve just demolished.

I was pleased to discover that it is possible to indulge in Afternoon Tea without needing a lengthy nap/sugar coma afterwards. Tea at the Herbert Park is served in a relaxed and inviting setting which is refreshingly casual, and is the ideal place to park yourself for post stroll treats in the heart of Ballsbridge.

Afternoon Tea at The Herbert Park Hotel costs €23.50 per person, or €32.50 per person including a glass of Prosecco. 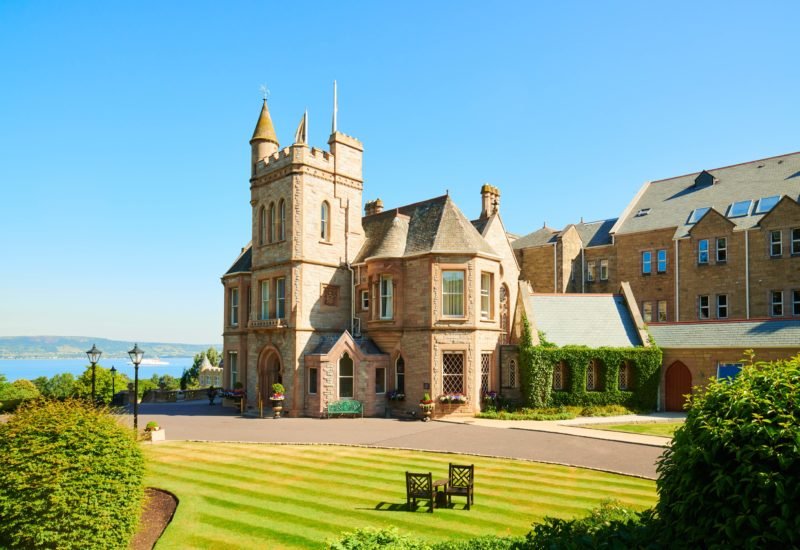 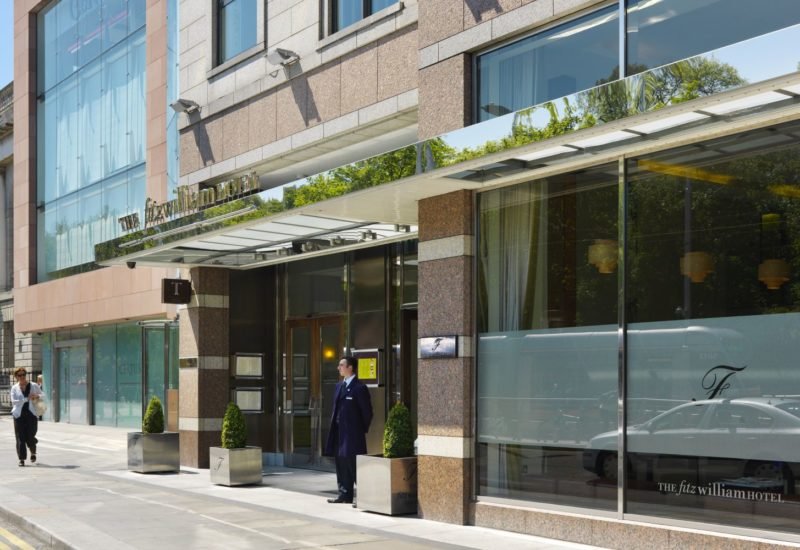