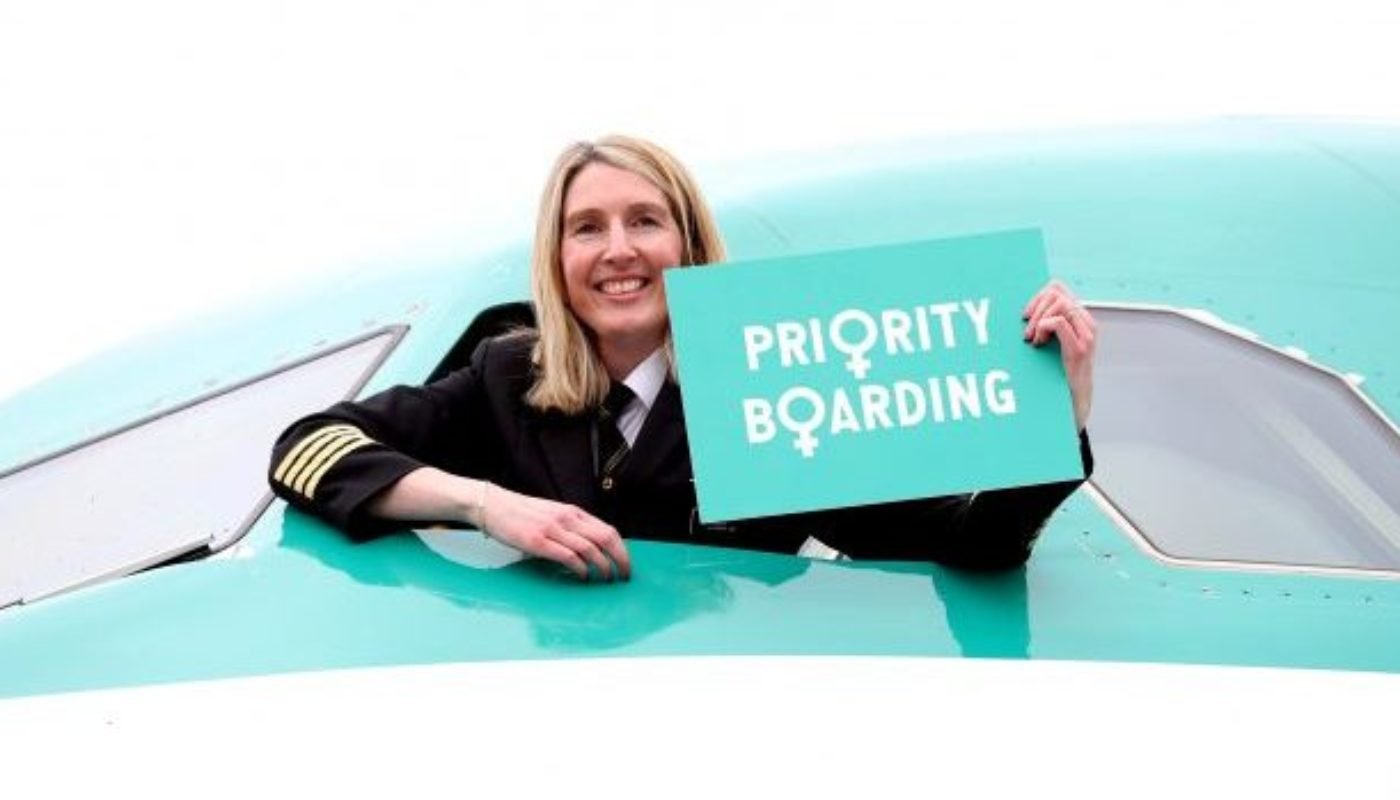 Get on Board With Aer Lingus’ International Women’s Day Celebrations

Some 110 flights on Thursday 8th March will see female travellers, along with any junior travel companions, board their flight ahead of all other guests as a gesture by the airline to join in this global celebration recognising the achievements of women and promoting greater gender equality.

More than 2,000 of the 4,200 Aer Lingus employees are female, carrying out roles across all areas of the airline including pilots, cabin crew, engineers, flight dispatchers, check-in and boarding teams, planners, IT, marketing, communications, finance, and logistics specialists to name a few. Aer Lingus is focused on supporting female talent across the airline and has created an Aer Lingus Women’s Network called LIFT (Let’s Inspire Female Talent), the purpose of which is to recognise, enable and support the career progression of women in Aer Lingus through ongoing workshops, panels discussions, networking and mentoring programmes.

To highlight the important roles fulfilled by female members of the Aer Lingus team, transatlantic flight, EI 105 from Dublin to New York was managed by an all-female crew. While Aer Lingus employs many female cabin crew members, it also has a proven track record of employing female pilots.

It was the first airline in Europe to do so when Grainne Cronin flew her first flight as a qualified Aer Lingus pilot in 1978.

Today 10% of Aer Lingus pilots are female, which is more than double the international airline industry average. While we are proud of this statistic, we continue to work hard to encourage more female applicants for our pilot vacancies. This week staff members were also invited to bring their daughters to work for a day, to get a flavour of the varied career opportunities available in the airline business to young women starting out in their careers.

“As the Director of Operations of Ireland’s only 4 Star airline, and as a female Senior Manager I firmly believe in recognising and supporting female talent. At Aer Lingus we are proud to employ more than 2,000 females and I hope this figure will continue to rise as we see more women in visible leadership positions in Aer Lingus and beyond.”